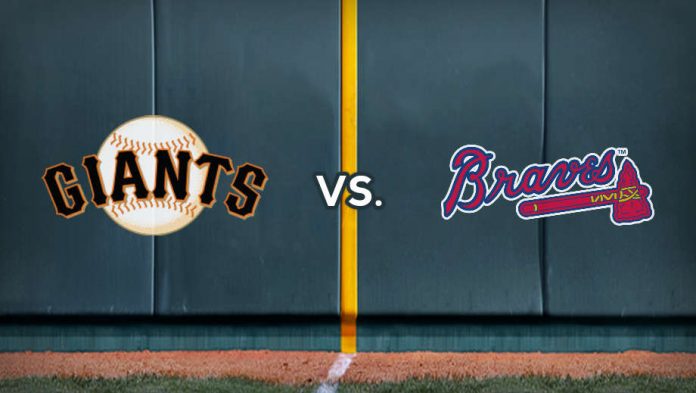 The Atlanta Braves started the season slower than hoped but a recent hot streak has pushed them back over .500 on the season. Atlanta will aim to keep things rolling when it hits the road on Tuesday for a matchup against the San Francisco Giants.

The Braves are the superior team but the Giants will get this game at home, so it could be a competitive showdown. San Francisco looks to be in rebuilding mode in 2019 as it currently sits near the back of the pack in the National League. The Giants could really use a victory in this matchup.

The Braves have a record of 25-22 on the season. Atlanta has won seven of its past 10 games to pull within a couple of games of the N.L.-East leading Phillies. The Braves are around .500 on the road this season and would like to secure this victory.

The Giants have a mark of 20-25 on the year. San Francisco has played decently well of late but simply does not have the type of talent to push for a playoff spot this season. The Giants have not played that well at home this season and hope to put together a better performance for their fans in this one.

The run total could be low as the Giants offense is poor and the stadium is not conducive for the batters.

The Braves are projected to send Julio Teheran to the mound. He is 3-4 with a 3.88 ERA on the season. Teheran is averaging more than a strikeout per inning and has the stuff to have an impressive outing against San Francisco. Teheran tossed five shutout innings last time out against the Cardinals and has only given up one earned run combined in his past three starts.

The Giants are expected to counter with right-hander Shaun Anderson. The 24-year-old made his major league debut on May 15, throwing five innings and giving up two earned runs on only three hits against the Toronto Blue Jays. Anderson struck out five in that outing and hopes his second career start goes just as well.

The Giants have only one starter with an OPS above .800 this season. San Francisco has really struggled offensively, as established veterans like catcher Buster Posey and third baseman Evan Longoria are among the players that have not turned it on quite yet.

Brandon Belt is the one hitter who is striking fear into opponents. Belt is hitting .241 with seven homers, 18 RBIs and an .848 OPS on the season. Pablo Sandoval has gotten much more playing time of late as he is hitting .301 with a 1.000 OPS and he seems likely to be in the lineup in this one.

The Giants won’t be going anywhere this season if they can’t get some more consistent offensive production.

The Braves have the more established starter on the mound and a better lineup. It is never easy to win on the road in the major leagues but everything is pointing toward an Atlanta victory in this matchup.

This game could feature more scoring than originally expected as Atlanta has an offense that has the ability to string together hits.