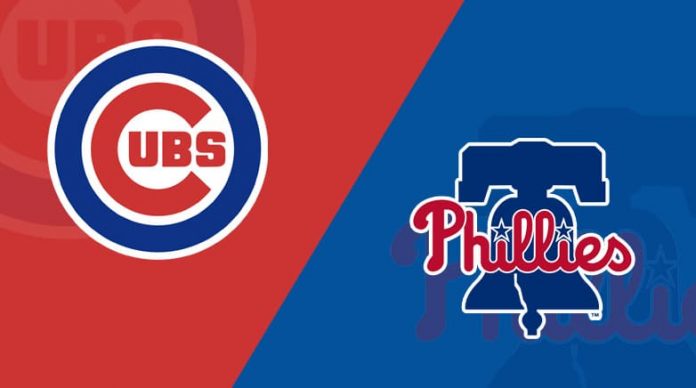 The slow start to the season is but a distant memory to the Chicago Cubs, as they have used stellar play over the past several weeks to zoom to the top of the National League Central standings. They have a tough matchup next time out against a fellow division leader in the Philadelphia Phillies.

The Cubs are at home and have the better starting pitcher on the mound so they should be the favorites, but the Phillies have the type of lineup that can keep them competitive in any game. With the way these two teams are playing, it wouldn’t be a surprise if this was a preview of a playoff series down the line.

The Phillies won the first game of this series in 10 innings to improve to 28-19 on the year. Philadelphia has gone 10-9 on the road and has captured seven of its past 10 games overall. The Phillies have the best run-differential in the National League East and certainly seems like the team to beat in the division.

The Cubs have a mark of 27-18, but they have to keep pushing because the N.L. Central is one of the most competitive in baseball. The Milwaukee Brewers and St. Louis Cardinals are talented teams while the Pirates and Reds are also playing good baseball early on. Chicago has gone 15-7 at home this year.

The Phillies are projected to send young left-hander Cole Irvin to the hill. He has only started two games this season but has found good results with a 2-0 record and a 2.77 ERA. Irvin allowed just one run in seven innings in his debut against the Royals and followed that up by giving up three earned runs in six innings last time out against Colorado. The Cubs now have two games’ worth of data to see, which should help them formulate a game plan against Irvin.

The Cubs are expected to counter with veteran left-hander Cole Hamels. He is 4-0 on the season with a 3.13 ERA. Hamels is striking out nearly a batter per inning and has been very consistent, not allowing more than three runs in an outing over his past nine starts. Hamels gave up two earned runs in five innings of work last time out against the Nationals to pick up his fourth win.

The Phillies’ big free agent signing has yet to get untracked in 2019. The slugging outfielder is batting only .229 with nine home runs, 31 RBIs and an OPS of .832 on the season. The numbers aren’t bad, but they aren’t as phenomenal as expected after Harper inked a massive deal in free agency.

He is one of the most naturally gifted hitters in the major leagues and is capable of putting up huge numbers in any given game. It won’t be easy against a fellow left-hander in Hamels, but if Harper can connect in a key spot, he will really help the Phillies’ chances of pulling off the upset.

The Cubs are the more well-rounded team that going in this one. The Phillies have enough good hitters to score some runs, but the Cubs are going to take advantage of Irvin’s inexperience and touch him up for the easy victory. The “over” and the runline should be considered in this one.