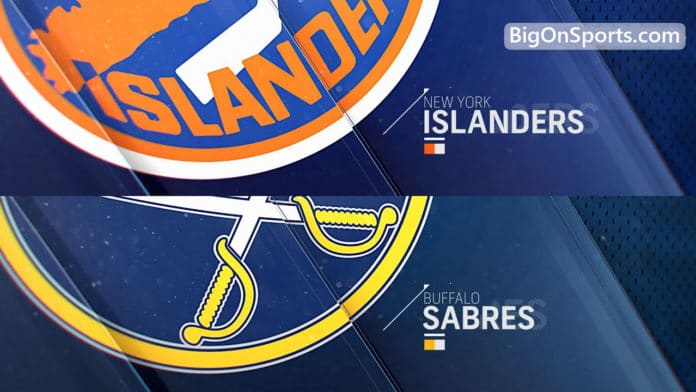 The Buffalo Sabres are a disaster of a team. Jack Eichel has been unable to save the franchise as fan were hoping when he arrived. During his time with the Sabres, Eichel has been a team asset as both a player and for the box office, but not for winning games.

Sabres owner, Terry Pegula, bought the team over a decade ago. Pegula said the entire purpose of the Sabres was to win Stanley Cups and he had the bankroll to fund such a goal. But things have not worked out as hoped. Instead, Pegula presides over a disaster.

Buffalo will visit the New York Islanders Sunday, March 7, 2021, 12 p.m. ET at Nassau Coliseum. The game will be televised on NBC.

Buffalo is dropping like a rock with eight losses in their last ten games. Only one of their previous ten games cleared the total. Overall, the Sabres have a record of 6-11-3 with 7-12 under the total. Buffalo ranks 29th in the NHL for goal scoring but 3rd for the power play. Defensively the Sabres are 20th for goals against and 16th for penalty killing.

Center Jack Eichel has only two goals with his 13 assists and a minus-seven on the season. Last week Eichel and head coach Ralph Krueger were giving different messages about the center’s injury status. Another problem is that number one goaltender Linus Ullmark remains out with a lower body issue.

Meanwhile, the Islanders have won four of their last five games, and only two of their previous nine games cleared the total. New York has a record of 12-6-3 with 7-14 under the total. NHL metrics show the Islanders 23rd for goal scoring and 12th for the power play. On the back end, New York ranks 4th for goals against and 9th for penalty killing.

Number one goaltender Semyon Varlamov has a dominant .927 save percentage and 2.10 goals against average with three shutouts. Further, center Anders Lee is the Islanders’ top goal scorer with 10. Extending New York’s firepower is center Mathew Barzal with eight goals and 11 assists.

So far this season, the Buffalo Sabres are 4-4-1 on the road. Counter to that is the New York islanders’ home record of 7-0-2. Head-to-head, New York is 11-2 in their last 13 games against the Sabres, with only one of the previous eight games in this series going under the total. On the Island, Buffalo has lost six straight games. The Sabres and Islanders are 3-2-1 over the total at New York.

Entering Sunday, the Sabres offer very little sports betting appeal. Squares never like to bet on road underdogs, regardless of ability, which means that an away team in free fall is simply ‘no sale’. Although sharp bettors prefer underdogs, they don’t want to burn money on plus-money teams with nothing going for them.

The Islanders are a team contending for first place in the East Division. New York isn’t a fun team to watch but are consistent winners. The Islanders’ airtight defense should suffocate Buffalo’s lackluster offense. Undertakers have a lot of interest in this game.

Certainly, the New York Islanders will be a big favorite. But New York gets the call in this one. Buffalo has failed to show NHL betting value.