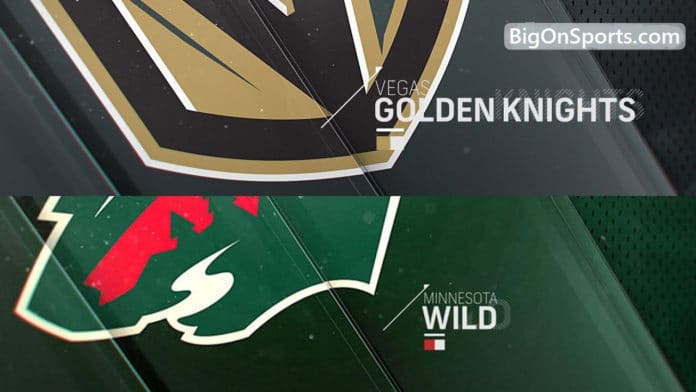 Until last week, the Minnesota Wild were one of the hottest teams in the league. But, it didn’t last as the week ended with Minnesota fighting to keep the final playoff spot in the West Division. Furthermore, Zach Parise was scratched after he stayed out on the ice too long, blowing what should have been a Wild win and causing a stir.

Now its the Vegas Golden Knights that is one of the hottest teams with the NHL betting odds. Sin City’s first ever Major League sports franchise won the hearts of locals from the start. It doesn’t hurt that the Golden Knights boss the cashier’s cage, serving as a mint for local gamblers. On the ice, VGK is emerging as a powerful contender. Marc Andre Fleury has reclaimed his net with a vengeance after losing it last year.

Of course, when you take into account the reputation of the two teams and recent form, the Golden Knights will command the majority of sports betting action. Vegas is firmly ensconced as one of the top favorite NHL clubs of gamblers. Being a money printing powerhouse located in Sin City makes that so. Minnesota may get some looks from sharps and bargain hunters. Minnesota will get a lower home price than usual because of the opposition. It also helps that the Wild are a capable team in their own right and in playoff position.

Vegas has hot dice with seven wins in their last eight games and three of their previous four going over the total. VGK has a record of 16-4-1 with 11-10 over the total. Vegas ranks 6th for goal scoring and 21st for the power play. Defensively the Golden Knights are 3rd for goals against and 4th for the penalty kill.

Forwards Max Pacioretty and Alex Tuch each have 12 goals. Right wing Mark Stone adds six goals with 21 assists and a plus-14. Defenseman Shea Theodore brings three goals, 11 assists, and a Plus-nine. Last year Marc Andre Fleury lost the number one goaltending job to Robin Lehner. This year Fleury has stormed back with a .942 save percentage and four shutouts. Fleury’s goals against average is a tidy 1.60.

Recently Minnesota has hit the skids and has dropped three of their last four games. The Wild has gone over the total in five of their previous six. Minnesota is 13-8-1 with 14-8 over the total. The Wild are only two points ahead of the Kings and Coyotes for the West’s final playoff position. NHL metrics show Minnesota ranked 12th for goal scoring but 31st for the power play. Defensively the Wild rank 9th for goals against and 7th for penalty killing.

Goaltenders Kaapo Kahkonen and Cam Talbot have a combined .913 save percentage. Left wing Kirill Kaprizov leads the Wild in scoring with six goals, 13 assists, and a plus-five. Center Joel Eriksson Ek adds eight goals and four assists with a plus-ten.

In this series, Vegas has won four of their last seven games against the Wild, with only two of those previous seven tilts going over the total. Minnesota is 3-1 at Excel Energy Center against Vegas, and the last two meetings in this series at Minnesota stayed under the total.

In this situation, stepping into the Vegas runaway freight train is a scary proposition. The Golden Knights are the hottest team in NHL betting, while the Wild have cooled off considerably.