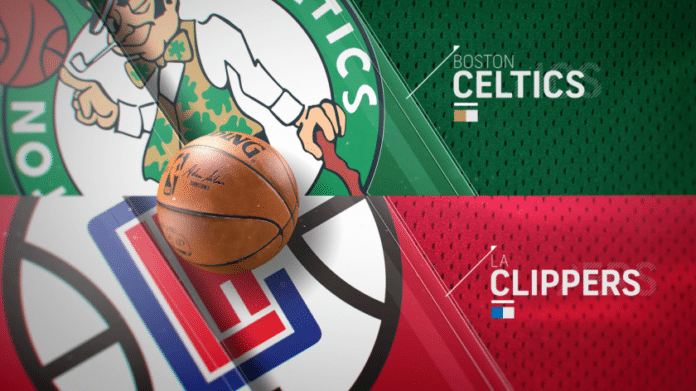 Sometimes you have to go as low as you can before making your way back up. I’m not sure if the Boston Celtics hit rock bottom, but it was awfully close. A recent blowout loss to Atlanta put the Cs two games below .500 for the first time this season. Showing they aren’t ready to give up just yet, they responded with a pair of victories. They are going for their third straight when they host the Los Angeles Clippers in the first game of a TNT doubleheader on Tuesday.

Tuesday’s game will air live on TNT with tip off at 7:30 p.m. ET from TD Garden in Boston, Mass. BookMaker.eu will have betting options for every game on the NBA schedule.

It’s hard to say exactly where the Clippers are at this juncture. They’ve alternated wins and losses over the last eight games and their stars had a meltdown against Milwaukee last time out. The Clips went scoreless over the final four minutes with Kawhi Leonard and Paul George going a combined 0 of 8 from the floor in that span. They were outscored 9-0 and lost 105-100. The current road trip has been mystifying. The Clips opened with a 122-94 loss to Memphis then pummeled the Griz by 20 the next night. They seemingly had the Bucks on the ropes until the late collapse. They can’t blame injuries or COVID on their recent play either. The starting five has been intact for over a week now and the Clips still have some inconsistency to their game. Even with the loss to Milwaukee, the Clips are 12-6 SU and 11-7 ATS on the road with the UNDER 3-0 in the last three contests.

While the Clippers are jockeying for position at the top of the Western Conference, the Celtics are among a group of teams cluttered in the middle of the pack in the East. Back in mid-January Boston was sitting pretty at 8-3. They then lost their next three games starting with a 30-point setback to the Knicks and have gone 9-14 SU and ATS since. During a recent road trip the Celtics blew a 24-point third quarter lead to the Pelicans, fell on a last second shot to the Mavs and allowed the Hawks to bury a team record 24 three-pointers. They were favored in every game and went 0-3 ATS. Boston got back in the win column with a pair of close home games against Indiana and Washington getting back to 17-17 SU and 16-18 ATS.

The Clippers will go as far as Leonard and George take them. The duo combined for 62 points in a 135-116 rout of Washington last week. That’s the good part. The bad part is that they are counted on to deliver and when they don’t the results aren’t good. They each missed chances to give the team the lead in Milwaukee and came up empty. The result was a disappointing loss to the Bucks on Sunday. One or both of them will deliver more times than not so it isn’t time to panic. It was just one game after all.

Leonard leads the team averaging 26.8 points while George adds 23.4 per game. Each of them shoots over 50 percent from the field, so look for them to respond on Tuesday. And while some of the names have changed, the Clips still have one of the better benches in the NBA. There is a reason why the Clips are positioned at the top of the Western Conference with a 24-12 SU and 20-16 ATS record.

After struggling for nearly two months the Celtics played with a sense of urgency. It paid off with back to back wins over Indiana and Washington. Where was that urgency before? That’s a question Brad Stevens asked and there is no answer. Better late than never I suppose. Sitting at .500 entering the final two games of the first half is not where the Celtics wanted or expected to be. But it’s where they are. The hope is that having the roster together for the remainder of the year helps the team find some chemistry.

Kemba Walker provided a spark against Indiana going for a season-high 32 points, but it was the bench that proved to be the difference in the game. Robert Williams and Jeff Teague each scored 14 points to offset poor outings from leading scorers Jayson Tatum and Jaylen Brown, who combined for 24 points on 9 of 30 shooting. That the Celtics could win a game with those guys playing like crap is a good sign and something the Celtics desperately needed.

We don’t often see George and Leonard have bad games. And doing on the same night is disastrous. Those two will be locked in and the Clippers will use their superior bench play to get a victory and avenge an earlier loss to the Celtics when George and Patrick Beverley didn’t play.