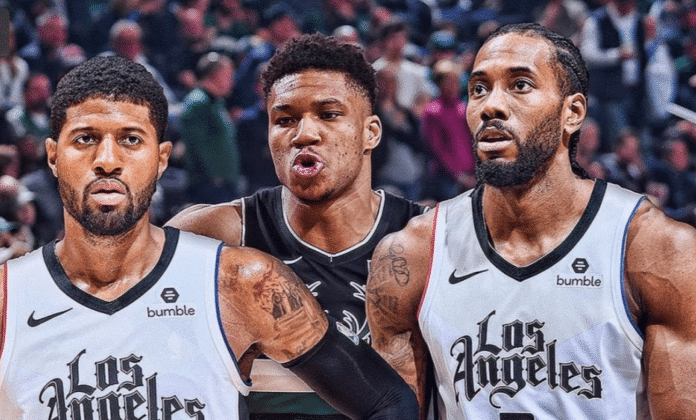 It’s another showdown between two of the top teams in the NBA when the Los Angeles Clippers visit the Milwaukee Bucks on Sunday. With the help of two-time reigning MVP Giannis Antetokounmpo, the Bucks emerged from a slump to collect three straight double digit payout wins. The top of the Eastern Conference is crowded with the Bucks right back in the thick of the mess. At full strength the Clippers are a top team in the West having knocked off Utah recently to prove that point.

Sunday’s game will air live on ABC with tip off at 3:30 p.m. ET from Fiserv Forum in Milwaukee, Wis. BookMaker.eu will have betting options for every game on the NBA schedule.

Good catch if you noticed that these teams haven’t played each other in some time. It’s been about 15 months since we saw the Clips and Bucks get after each other. They completed the 2019-20 season series in early December, well before the COVID hysteria and shutdown and haven’t met since. So, this will be a treat for fans that enjoy watching two of the best teams go at it. This tilt is the middle of a first-half ending five-game road trip for the Clips and will be their third game in four nights after a back-to-back with Memphis opened the salvo. They ended Utah’s nine-game winning streak and routed Washington around a tough loss to Brooklyn to end a recent homestand. Overall, the Clips are 23-10 SU and 19-14 ATS. The OVER is 5-2-1 in the last seven games and 20-12 for the season.

The Bucks broke out of their slump in a big way. We haven’t seen them play as poorly as they did during a recent five-game losing streak that included two at home against Toronto. At the time Antetokounmpo said the club was more frustrated than concerned. Sometimes it takes a grind-it-out type of game to break out and that’s what the Bucks did against Oklahoma City. They held OKC to 36.5 percent shooting and allowed a season-low point total in the 98-85 win. A bit of normalcy returned in blowout wins over Sacramento and Minnesota when the Bucks scored at least 128 points in each.

Some of the names have changed but the Clippers still have a solid bench. But let’s face it they are much better when those guys stick to their roles. The lineup was thrown into a frenzy with Paul George and Kawhi Leonard missing time recently. George missed seven games with a foot injury and the Clips went 4-3 SU and 3-4 ATS. The duo returned along with Nicolas Batum and the Clips showed they are a force in the West with a 116-112 win over the NBA best Utah Jazz.

The recent return of Patrick Beverley has the Clippers at full strength for the first time in a while. Beverley played his typical strong defensive game while Leonard (32) and George (30) combined for 62 points in a 135-116 payout win over Washington to end their homestand. With three games in four nights it’ll be interesting to see how Tyronn Lue manages the roster. However, since this game comes after a day off we’re likely to see PG13 and Kawhi in all their glory.

The Bucks are hoping to get a key player back in the lineup as the first half of the season winds down. They’ve been competing without major offseason acquisition Jrue Holiday for about two weeks and they finally figured out how to win without him. The Bucks went 1-5 SU and ATS in their first six games without their third-leading scorer, but they leaned heavily on Giannis and Khris Middleton to break out of the funk. And it now looks like Holiday should be back in the lineup after being sequestered due to the league’s health and safety protocols.

Enduring a recent stretch where they failed to score 100 points in consecutive games, the Bucks emerged with a victory in the second of those matchups. That’s a good sign for a team that has struggled defensively. But that’s how the Bucks play; they’d rather outscore opponents in transition than play a half-court game. Still, winning a game with a slower pace shows that the Bucks can adapt. They held off OKC with Giannis nearly recording a triple-double with 29 points, 18 rebounds and eight assists. Antetokounmpo scored at least 37 points in each of the next two games and the offense was back in rhythm.

Best Bet: Bucks and OVER

Catching the Clips playing their third game in four nights is huge. And the Bucks had a little breather of their own so they should be up to the challenge. Besides, the Bucks have a bone to pick with Kawhi. You might remember Leonard sparking a four-game Toronto rally in the East finals a few years ago to get the Raptors into the Finals. That’s where the Bucks want to be and they can exact a small bit of revenge against him.