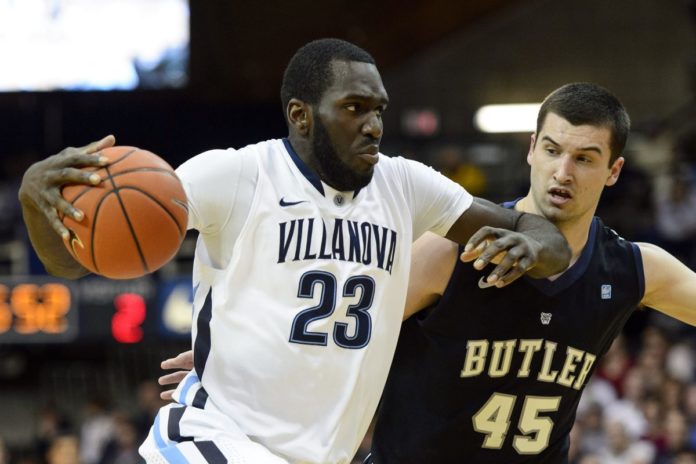 It’s been a down year for the Butler Bulldogs but they can certainly make up for it by taking down the No. 8 Villanova Wildcats when the teams convene for a Big East battle at Hinkle Fieldhouse on Saturday. The Dogs ended a three-game losing streak by knocking off Seton Hall on Wednesday but have their work cut out for them against the first-place Wildcats. Nova won the earlier meeting 85-66 back in December and has won six of seven in the series with five of those victories by double digits.

This college basketball game will air live on CBS at 12 p.m. ET on Sunday, February 28, 2021 from Hinkle Fieldhouse in Indianapolis, IN.

Is Villanova one of the best teams in the country? You can’t argue with their record, but it’s been hard to judge them since there have been so many delays and stoppages due to COVID. They were crushed by Creighton, 86-70, two weeks ago for their second setback in four games. They also succumbed to St. John’s in that stretch. The Cats reeled of two wins since the Creighton debacle getting some revenge against the Johnnies with an 81-58 mauling last time out. Villanova is a quiet 15-3 SU and 10-7-1 ATS this season, though they have dropped two in a row on the road each by double digits.

Without much depth on the roster the Bulldogs can’t afford to have players miss time. When three of their top five scorers sat out against Xavier last week, it was just a matter of how many points the Bulldogs would lose by. It ended up being a 12-point margin, 61-53, with Butler failing to cover the 11-point line. That was secondary to the health of Aaron Thompson, Bryce Nze and Bo Hodges. Nze returned against Seton Hall posting a double-double with 11 points and 13 boards. Playing a strong game defensively to make up for the lack of offense, the Bulldogs held the Hall to just 38 percent shooting overall and 22 percent from deep. Shutting down the opposition is key for a team that averages just 62.7 points.

It seems like you can never count Villanova out of a game. You have to be doing something right to have the kind of success the Wildcats have had over the years. They are a sound fundamental team that doesn’t hurt itself. Couple that with a few talented scorers like Collin Gillespie and Jeremiah Robinson-Earl and the Wildcats are a threat on any night. Take their last game for example. Just about three weeks St. Johns made Nova look ordinary. Move ahead in the calendar and the rematch was no contest. They shot 48.3 percent from the floor waltzing to an 81-58 victory.

Defense has been an issue for the Cats. They rank in the high 200s in field goal and three-point percentage defense while allowing nearly 68 points per game. But if they defend teams even slightly they have a good chance of winning. The D showed up holding the Johnnies to 36.2 percent from the floor, including just 3 of 23 from behind the arc. Even their free-throw percentage defense was strong with the Red Storm making 13 of 21 from the stripe. By doing nothing the Cats held St. John’s to 62 percent.

One of their three leading scorers was back in the lineup helping the Bulldogs end a three-game losing skid. Prior to their 61-52 win over Seton Hall, Butler had dropped six of eight games going 3-5 ATS. The wins came in overtime against St. John’s and against Big East bottom-feeder DePaul. In those six setbacks the Bulldogs topped the 60-point mark twice. so you can see how desperate they were with Thompson, Hodges and Nze out of the lineup against Xavier.

Nze posted a double-double with 11 points and 13 boards against the Pirates with leading scorer Chuck Harris adding 14 and Jair Bolden netting 16. The trio combined for over 67 percent of the offense. The status of Thompson, who averages 10.4 points, and Hodges, who scores 9.8 points per game, remains in question. The ailments erased what little depth the Bulldogs have. They used only seven players against Seton Hall with four of the five starters playing at least 35

Best Bet: Villanova and the OVER

This game looks like it could be a blowout with Butler playing catch up in the personnel area. But remember this is the same Bulldogs squad that beat then No. 8 Creighton 70-66 in overtime last month. Yep, the same Bluejays squad that hammered Villanova a few weeks back. Now, with that being said, can the Bulldogs hang around in this one? They won’t get much help since Nova values the basketball and plays tight defense. But you never know what’s going to happen in the Big East.