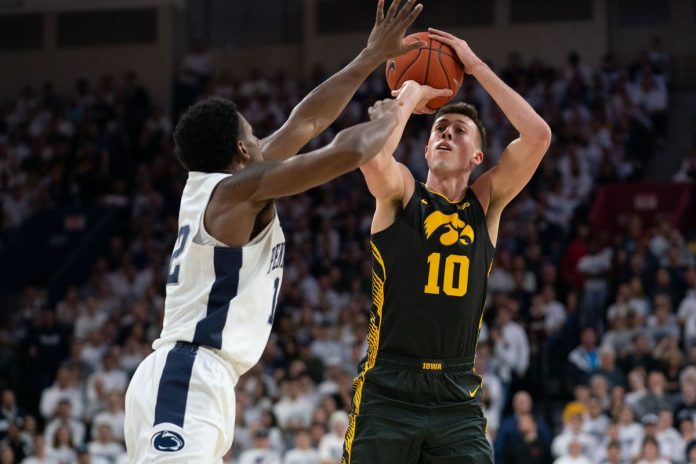 We are nearing the end of the regular season in college basketball, so this is the time for bubble teams to turn it on if they want to make it into the NCAA Tournament. That will make this weekend especially exciting, as this is one of the final times for teams to prove themselves before conference tournaments get underway in less than two weeks. The bubble is still very crowded since this is a down year in college basketball, and programs will be out to score resounding victories that will reverberate through the sphere.

#KatzRankz – Toughest Home Courts this Season, as heard on the #MM365 pod w/@TheAndyKatz! ? 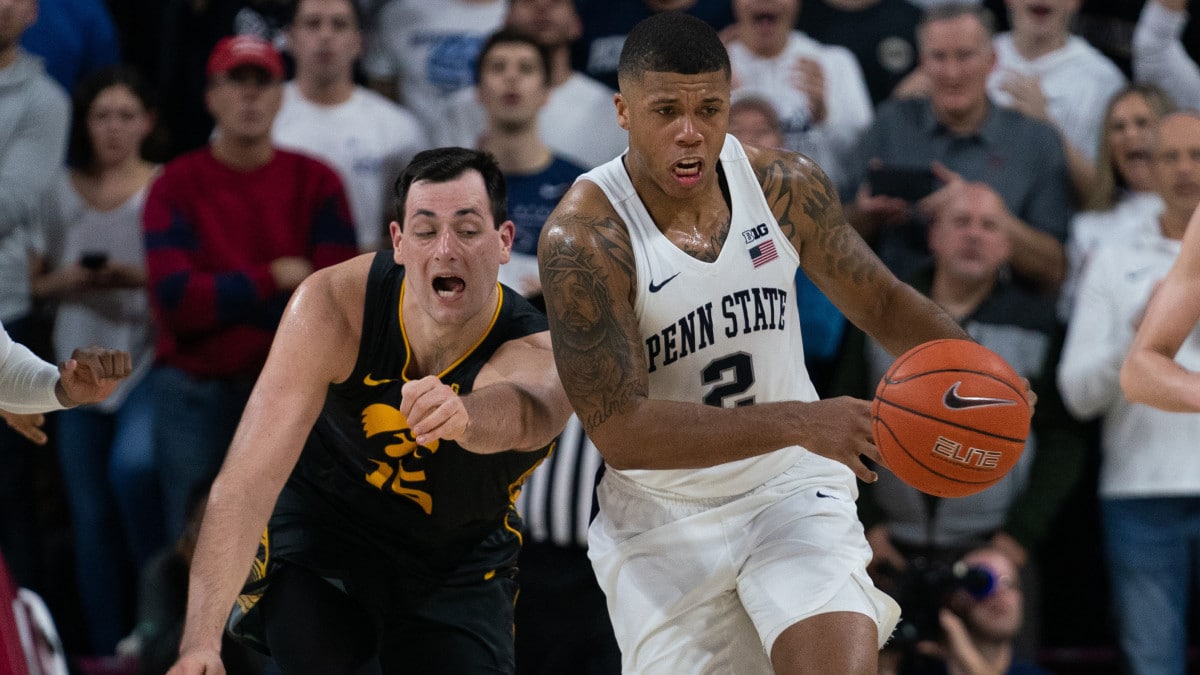 The Nittany Lions are set to make it to the NCAA Tournament for the first time in nine years. Penn State has won nine of its last 11 games, and its comeback win over Rutgers on Wednesday night punched its ticket to the Big Dance. The program is currently slotted to be a No. 4 seed according to Joe Lunardi’s Bracketology, but the Nittany Lions are likely to drop with games against Iowa and Michigan State over the next week. Iowa is looking to bounce back after its loss in East Lansing to Michigan State on Tuesday, and the Hawkeyes are also out to avenge a loss to Penn State in Philadelphia in early January. 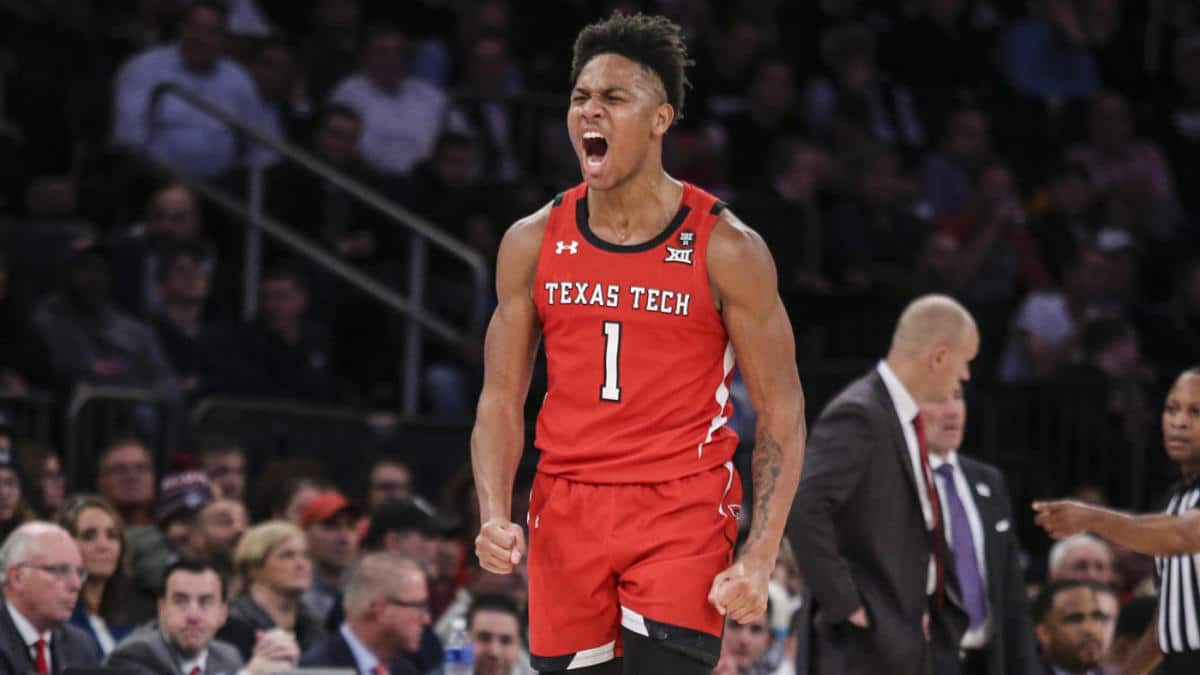 Shaka Smart’s job might be on the line this Saturday when the Longhorns take on the Red Raiders in Lubbock. The Longhorns are currently on the outside looking in when it comes to the NCAA Tournament, but a win could push Texas into the conversation for a tournament bid as that would move its conference record to 8-8. Texas Tech is comfortably in at the moment despite a marginal record, as the Red Raiders have played one of the toughest schedules in the country. The Big 12 is so tough that a .500 or better record might be enough to get any team in that reaches that mark, so the Longhorns know they will really give their at-large hopes a boost with a victory over Texas Tech. 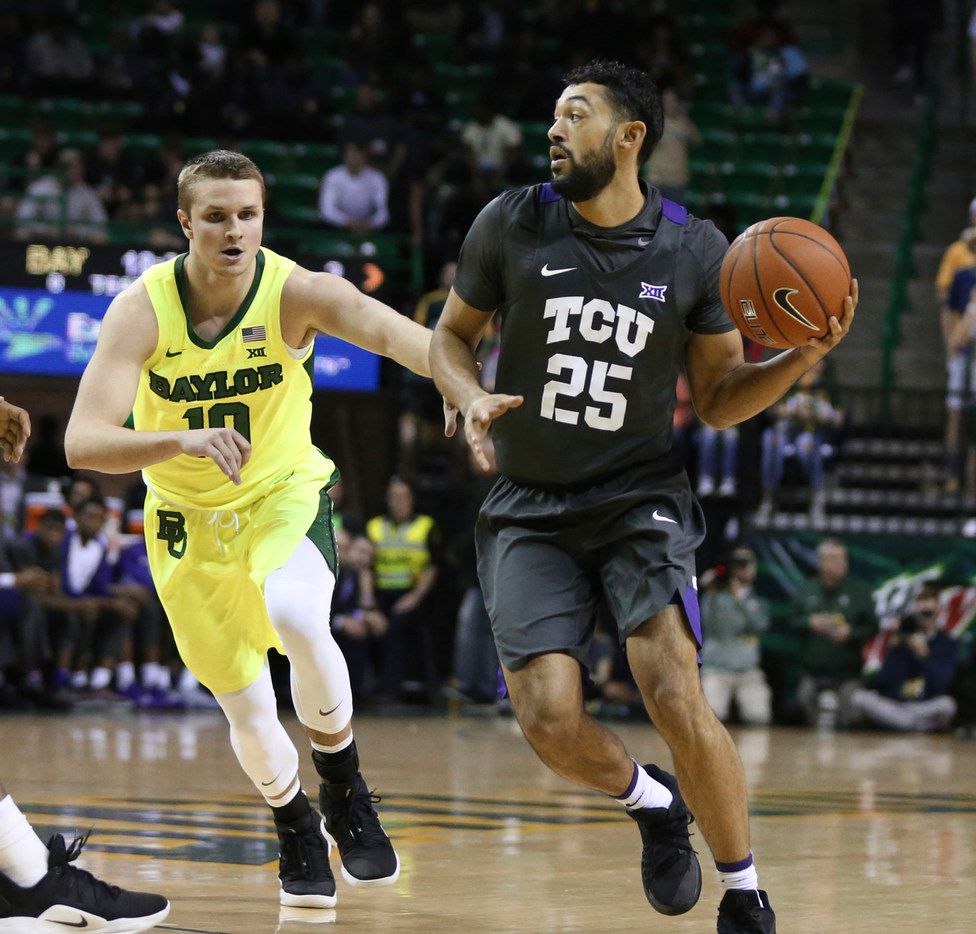 If TCU doesn’t win this game, you can kiss any chance of the Horned Frogs making the NCAA Tournament goodbye. They are currently 15-13 coming into this tilt, but they are 13-4 at home, so they have a small chance of pulling off the upset. Meanwhile, Baylor is out to secure a No. 1 seed, and the Bears know they can ill afford a loss to a marginal team like TCU.

No. 6 Florida State at Clemson 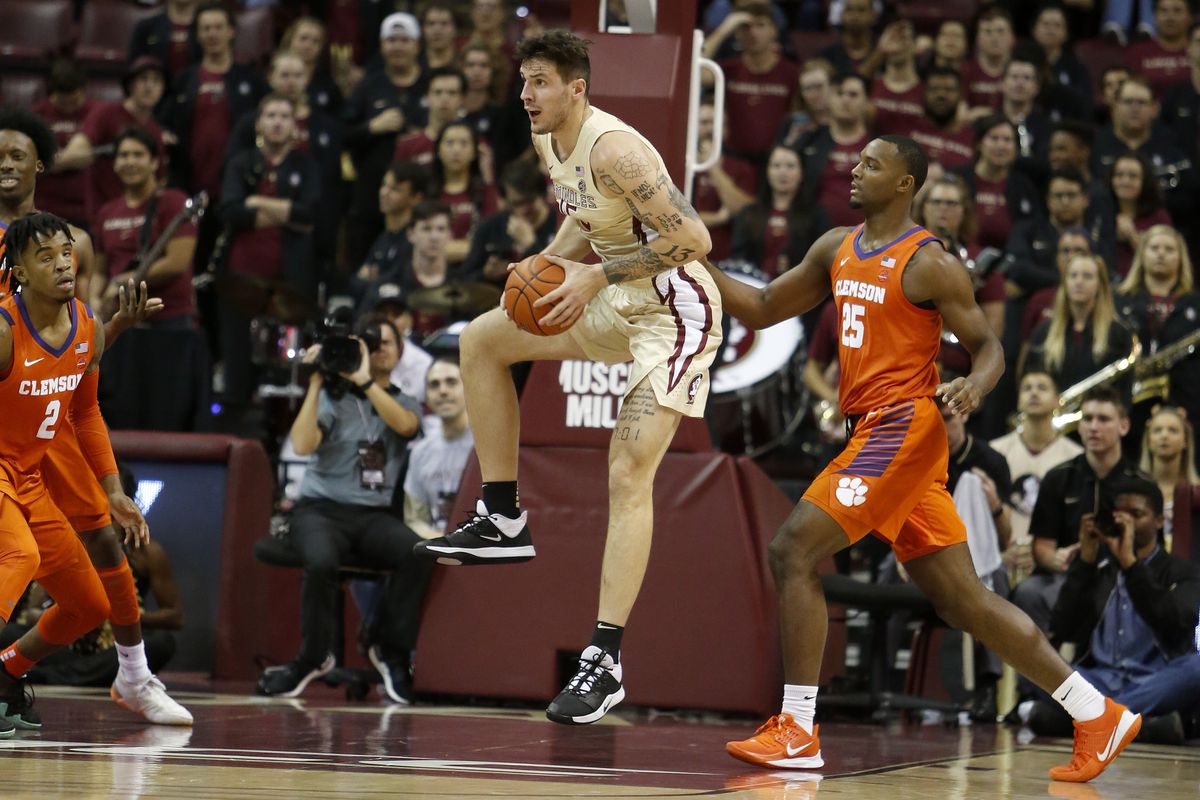 It’s been a strange year for Clemson. The Tigers have watershed victories over teams like Duke, North Carolina, and Louisville, and a victory over FSU would cement that this team can beat any opponent on any given day. They have little chance of making it to the NCAA Tournament, but they have done a great job of ruining opponents’ seasons, and they have the ability to keep FSU from winning its first outright ACC regular season title. The Seminoles currently lead Duke and Louisville by a game each in their quest to win the ACC.

No. 13 Seton Hall at Marquette 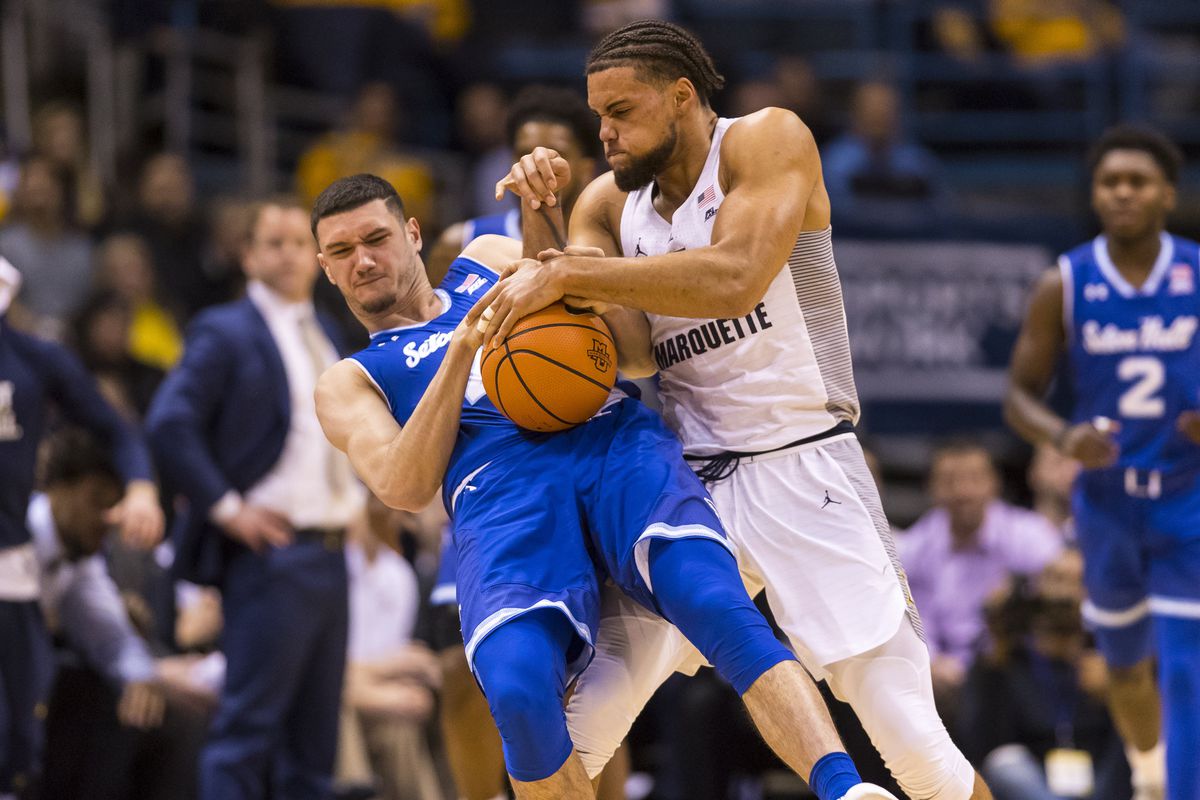 The Golden Eagles have seen their stock drop precipitously over the last few weeks. Marquette has lost three of its last four games, and its last home game will be a real challenge as Seton Hall currently sits atop the Big East. The Pirates are closing in on their first conference title since 1993, but Villanova and Creighton are nipping at their heels, so they don’t want to lose with games against both the Wildcats and Bluejays to close out the season. 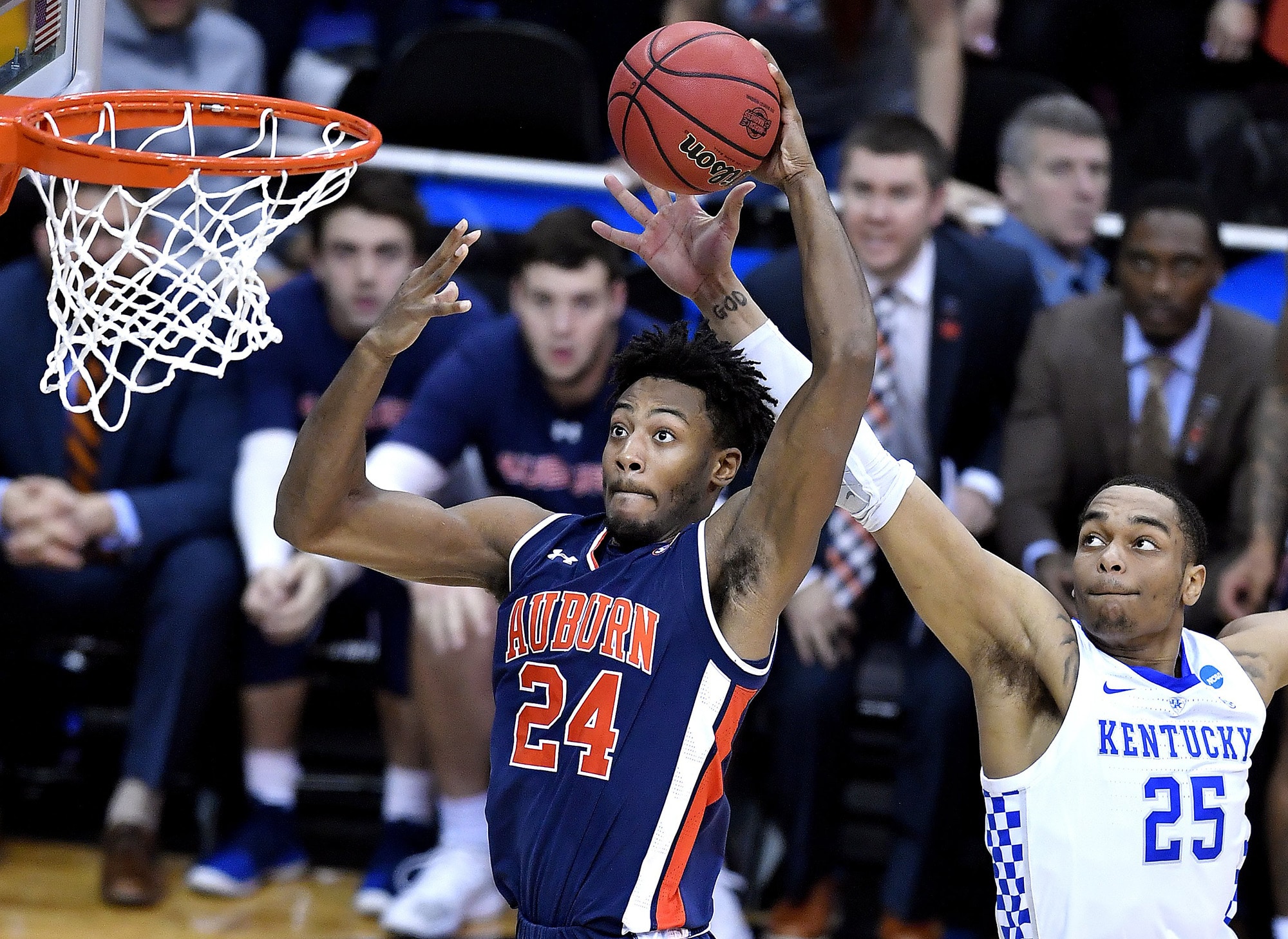 Auburn dealt Kentucky its last loss back on February 1. The Wildcats have won seven straight games since that point, and a win over the Tigers in Lexington would wrap up an outright SEC title for John Calipari. Kentucky is unlikely to earn a No. 1 seed considering what we have seen from the SEC, but the Wildcats could be one of the top No. 2 seeds if they win out.