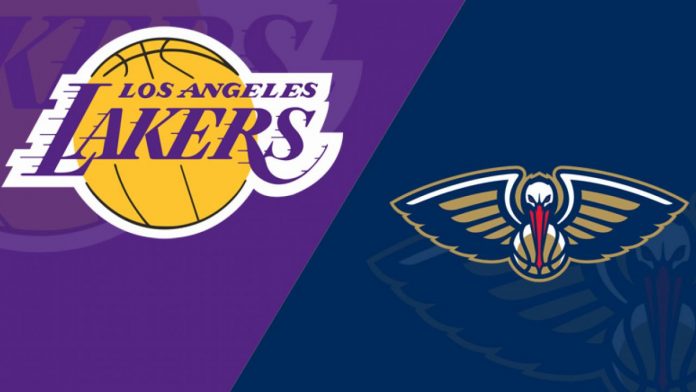 The Memphis Grizzlies have lost four straight games, giving the New Orleans Pelicans room to catch them for the final playoff spot in the Western Conference. New Orleans has the easiest schedule in the NBA after the All-Star Break, and it is about to get a lot easier after the Pelicans finish all their games with the Los Angeles Lakers. The Lakers are the best team in the Western Conference, and they are closing in on the No. 1 seed with a 5.5-game lead over Denver for the top spot.

There won’t be NBA betting odds released for this game until late Saturday night, but the Lakers are almost certain to be favored after what we saw in the three earlier games between these teams. The Lakers won all three of the previous meetings between these Western Conference counterparts, with Anthony Davis dropping 40 points or more in two of those games.

These teams last met less than a week ago. The Lakers and Pelicans squared off in the Staples Center on Tuesday night, and Los Angeles won that game 118-109. Zion Williamson and Brandon Ingram combined to score 63 points for the Pelicans, but it wasn’t enough as LeBron James showed why he is the best player in the NBA. James went 17-27 from the floor and led all scorers with 40 points. 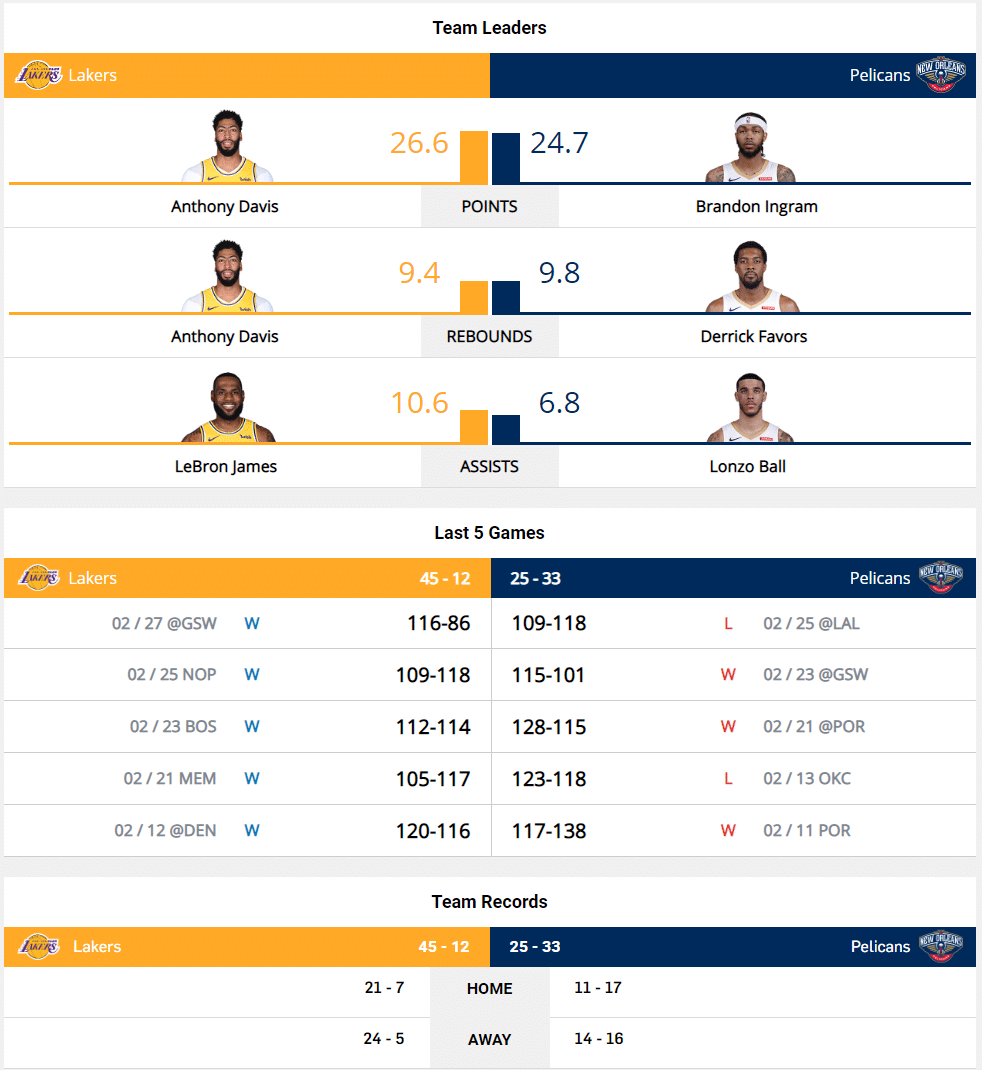 This will be the second time that Anthony Davis has returned to the Big Easy since signing with the Lakers this offseason. Davis certainly doesn’t regret his decision, as he has paired with James to make the most formidable frontcourt in the Western Conference, and that has the Lakers on the cusp of greatness once more. Davis scored a whopping 87 points in his first two games against the Pelicans, and he could blow up again as both Williamson and Ingram struggle in defense.

LeBron James continues to amaze even though he has taken a backseat to Davis somewhat. James leads the league in Real Plus/Minus by a considerable margin, and his ability to set up teammates has made this team the best in the West. James is averaging 10.6 APG, better than any other player in the NBA.

For the Lakers to go far in the playoffs, the guards need to come through. Danny Green, Avery Bradley, and Kentavious Caldwell-Pope see plenty of floor time, but when one or two of these players struggle, the Lakers are in real danger.

Williamson is the most exciting player to enter the league since LeBron James. He sat out the first half of the season due to injury, but he has proven to be worth the wait. His play has made the Pelicans a sleeper in the Western Conference, and this team is now one of the top offensive teams in the league since his return. Williamson is averaging 23.3 PPG through 13 games, and he is hitting 57.3 percent of his shots as a rookie. That makes him the most efficient scorer on New Orleans.

The Pelicans are full of players that can get off their own shot. Brandon Ingram has one of the best inside-outside games in the NBA, and he is making 47.4 percent of his field goals and 40 percent of his threes. J.J. Redick remains one of the deadlier perimeter shooters in the game, making 45.2 percent of his triples, and that makes this offense very potent.

Defense is the real issue for New Orleans. This team has really struggled in that regard throughout the season, and that’s an area where the Pelicans must improve if they are to upset the apple cart and make the postseason.

Our pick: Pelicans and take the points

Los Angeles is sure to be favored per the NBA betting odds given its dominance of New Orleans this season. However, the Pelicans are playing at home, and they have been on a roll since Zion has returned. That gives them a great chance of pulling off the upset.