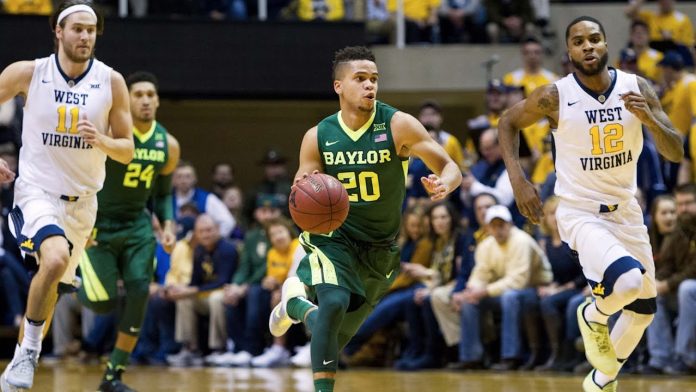 No. 24 Wisconsin at Indiana 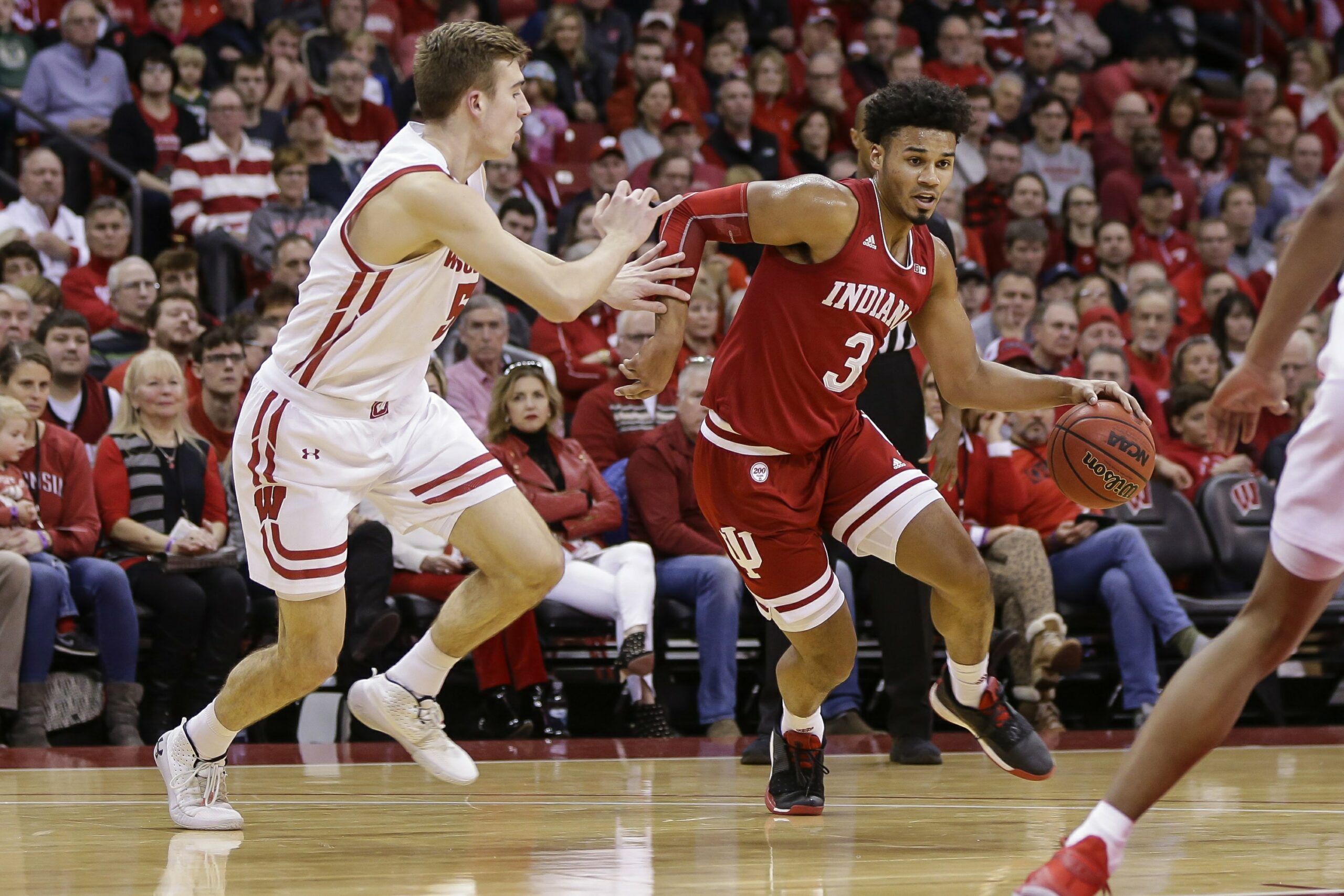 Archie Miller needs to lead the Hoosiers back to the NCAA Tournament to move off the hot seat. Indiana has not taken part in March Madness since Tom Crean led the Hoosiers to the Sweet 16 in 2016, and the Hoosiers are squarely on the bubble. They are 19-11 and 9-10 in Big Ten play, and while they have the benefit of playing in the best conference in the country, the Big Ten has an incredible logjam in the middle of the standings. There are nine teams with 10 conference wins, so the Hoosiers really need to pick up a win over the Badgers on Saturday.

No. 4 Baylor at West Virginia

The Mountaineers have lost six of their last eight games to plummet in the Big 12 standings, but they are still a very dangerous team. They are a very short favorite in Morgantown against the Bears per the basketball betting odds on Saturday, as they play great defense and have the top offensive rebounding rate in the country. Baylor has looked vulnerable in the last two weeks after a 23-game winning streak, losing two of its last four games and being taken to overtime in one of its two wins, so WVU is a live dog.

No. 6 Kentucky at Florida 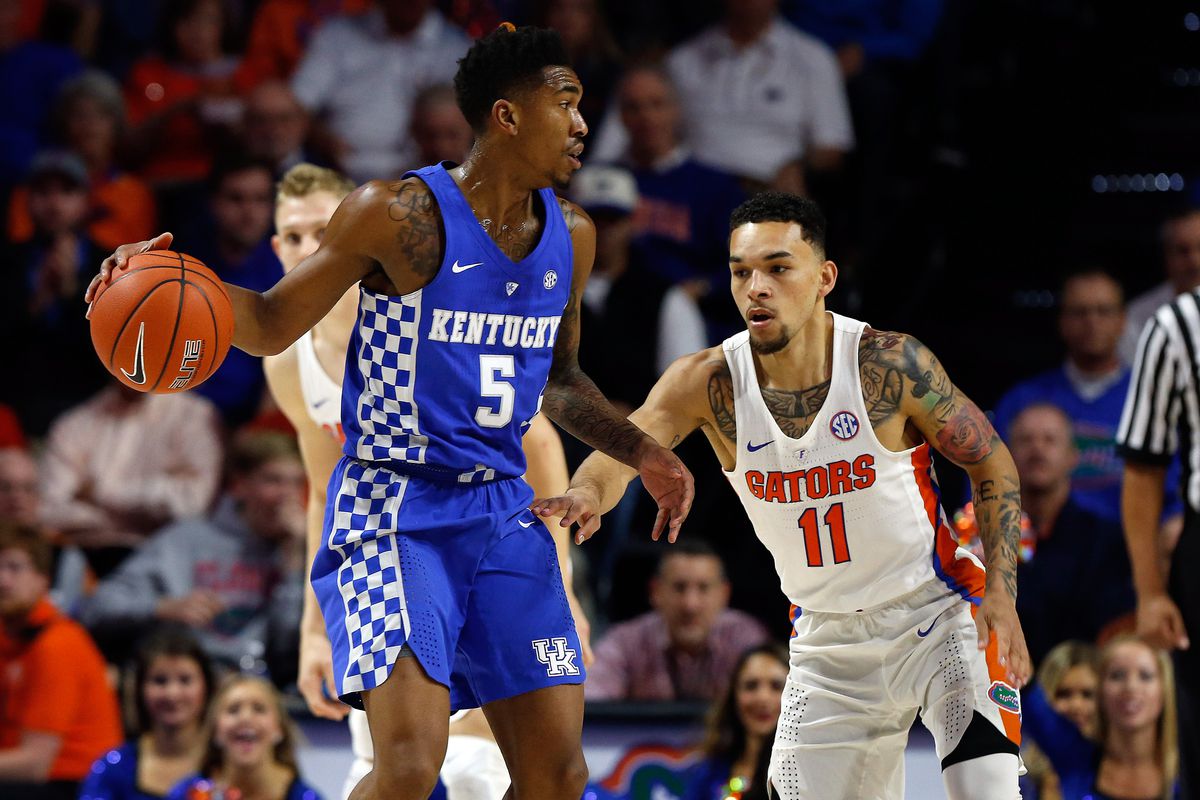 Florida has probably done enough to make it to the NCAA Tournament already this season, but the Gators have not lived up to expectations. This was supposed to be a national title contender in 2020, but Florida has repeatedly tripped over its feet. The Gators were competitive on the road against Kentucky back in late February, losing by six points, and a win over the SEC regular season champions would be huge. UF is currently penciled in as a No. 9 seed according to Joe Lunardi’s latest Bracketology, and the Gators would love to improve. 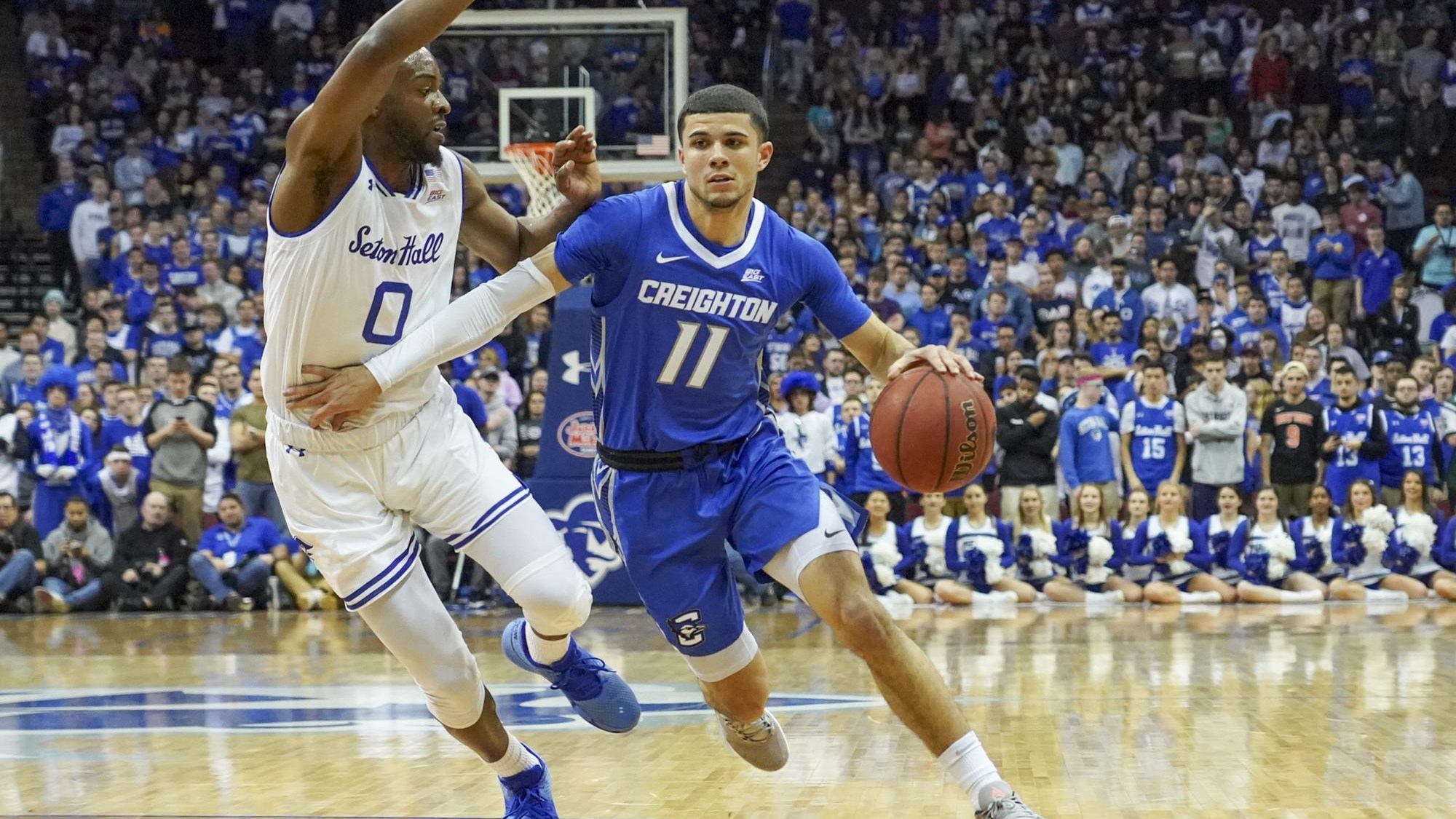 On Saturday, Seton Hall can clinch its first outright Big East regular season title in nearly three decades. The Pirates have a one-game lead on Creighton and Villanova in the conference standings, but they are a slight underdog per the CBB betting odds in this game. They lost to the Blue Jays at home in mid-February, and a second loss would likely lead to Seton Hall being the No. 3 seed entering the Big East Tournament due to going 1-3 against Nova and Creighton. 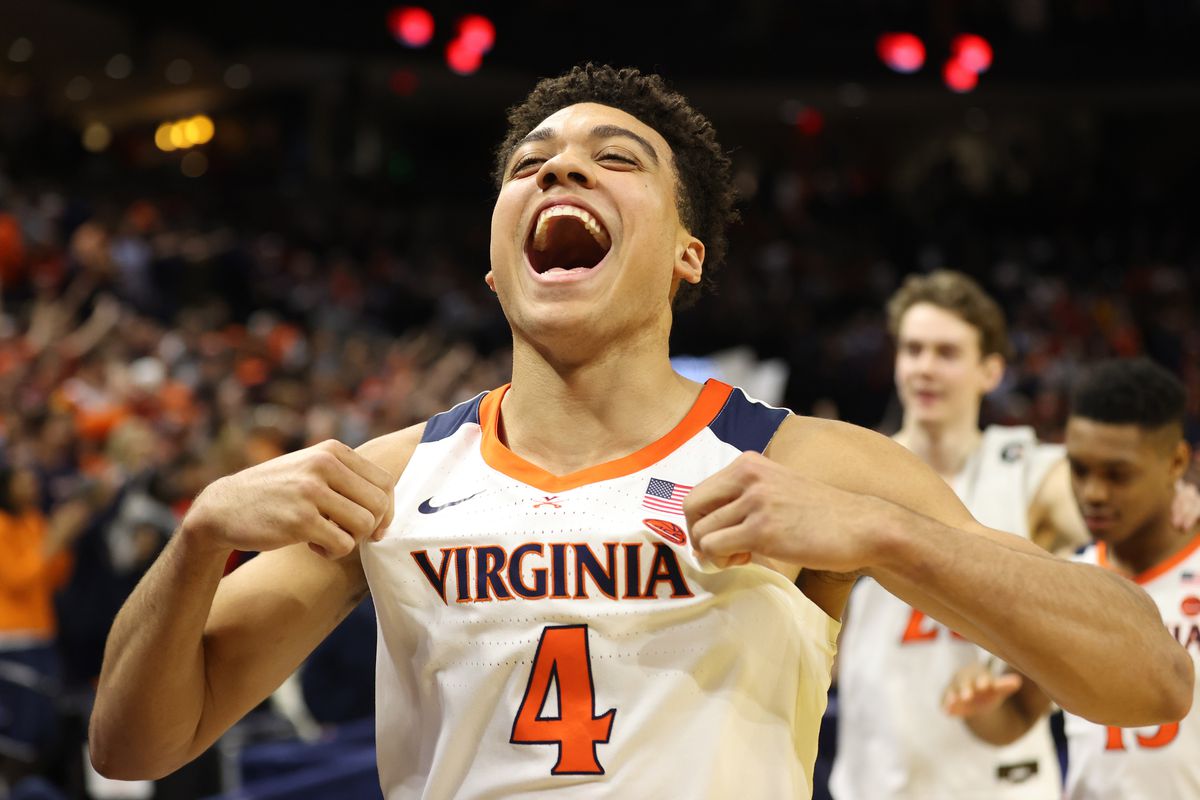 Louisville can lock up a share of the ACC regular season title on the road against Virginia. The Cardinals are tied atop the ACC standings with FSU, but they haven’t been too sharp away from home. They are 6-4 in road games this season, and they are facing a resurgent squad in the Cavaliers. The defending national champions have won seven straight games, and the Pack Line Defense is back to locking down opponents. The first game between these teams had 153 total points, but don’t expect to see anything near that total on Saturday.

Stanford at No. 13 Oregon 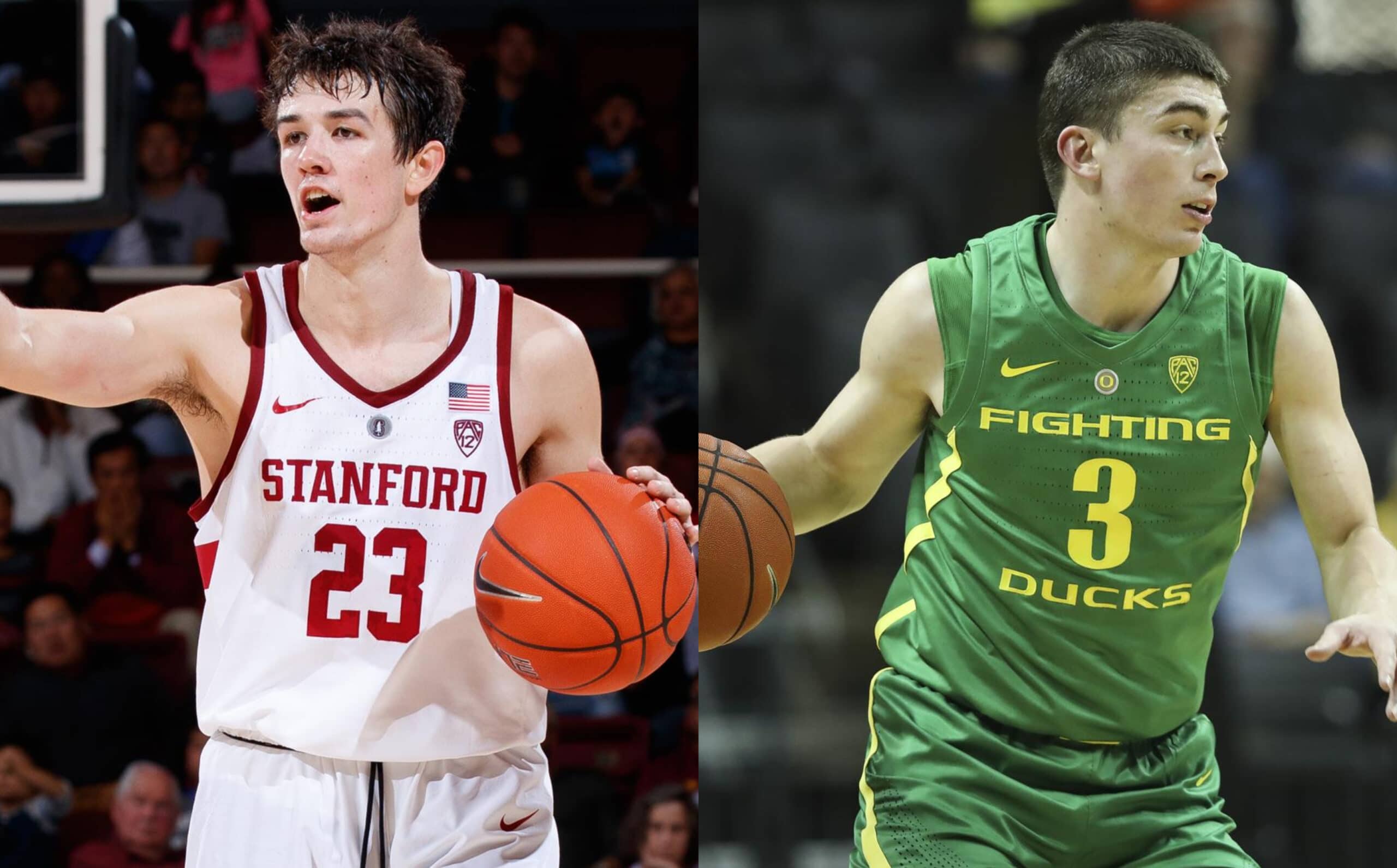 The Cardinal are squarely on the bubble heading into the Pac 12 Conference Tournament, so Stanford could really use a road win over Oregon. A victory would almost certainly move Stanford off the bubble and into the tournament no matter how the Cardinal performed in the conference tournament, as the Ducks are the best team in the Pac 12. Winning in Eugene will be very difficult though as Oregon is 16-0 at home.