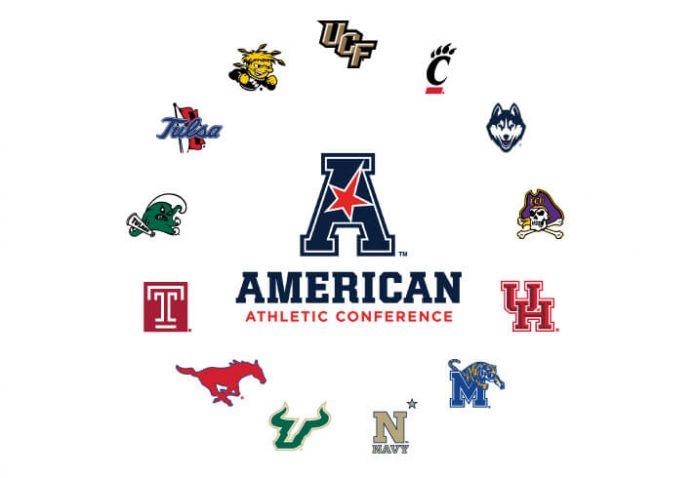 The Central Florida Knights were undefeated 2017. Strength of schedule kept UCF from making the College Football Playoff, but the Knights still anointed themselves national champions as the only team that didn’t lose a game.

Central Florida dominated during the conference season a year ago and then knocked off Memphis in a wild double-overtime AAC conference championship game. The Knights and the Tigers are once again the favorites in 2018, with Central Florida the clear team to beat.

Memphis also finished last season in the top-25 and has a lot of talent returning, so it feels like this is definitely a two-team race for the title. The Houston Cougars aren’t far behind that leading pair and may be able to sneak their way into the conference championship game and come away with the title if things fall right.

Those are the three main favorites for the crown. Teams like South Florida and Navy would likely need for the others to suffer some key injuries or have an absolute superstar emerge that carries them to AAC prominence. For those who like throwing reality out the window to root for the underdog, Tulane is a team that seems unlikely to contend but would pay off handsomely by capturing the AAC crown. It is hard to fathom Tulane winning the conference title, but stranger things have happened.

In all likelihood, Central Florida and Memphis will again be facing off with the conference championship on the line when the 2018 schedule winds down.

Odds To Win The AAC

The Knights have quickly become an AAC powerhouse and an undefeated season has everyone excited about their prospects this year. Obviously Central Florida has a lot of expectations on its shoulders and will get everyone’s best shot each week. UCF is dealing with a coaching change, as Scott Frost left to take over Nebraska and Josh Heupel was brought in. That brings an element of unknown, but the Knights have so much talent it shouldn’t be an issue unless Heupel absolutely blows it.

Quarterback McKenzie Milton will lead the way and there are plenty of options around him as Central Florida aims for another undefeated year. While that may not happen, these are decent odds for another conference crown.

Memphis has to replace star quarterback Riley Ferguson, but there are decent options waiting in the wings. Wide receiver Damonte Coxie could have a big year on the outside for a Tigers offense that could be explosive.

Houston defensive tackle Ed Oliver is a force and can change games by himself. If the Cougars can get enough help around him they could push Memphis on their side of the conference. Navy quarterback Malcolm Perry is an intriguing talent, and if he dominates the competition, perhaps this would be a worthwhile longshot choice.

In the end, chalk is the most likely outcome in the AAC. Central Florida has a bunch of talent coming back, and while a loss will probably come at some point, this is the best team in the conference. Memphis has a star coach in Mike Norvell who will get the most out of his group and give the Knights another scare in the conference championship game before falling short .