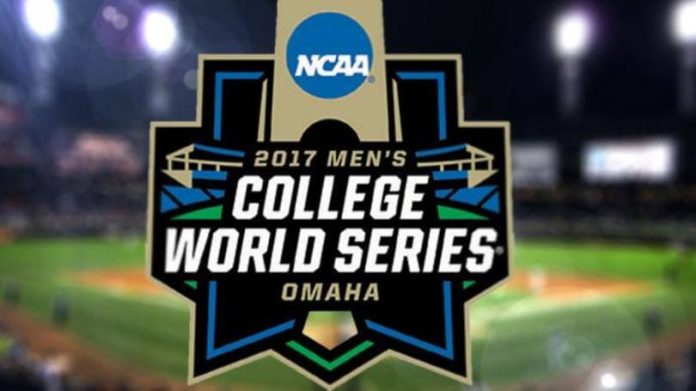 The College World Series took a stark turn just hours before the Super Regionals kicked off. The Oregon State Beavers, once thought to be the overwhelming favorites to capture the National Championship, lost star pitcher Luke Heimlich after he requested to be scratched from his start against Vanderbilt. Heimlich had old sex crimes surface on the day of his projected start against the Commodores, and he is now classified as a registered sex offender.

Heimlich leads the nation with a 0.76 ERA, and he’s the only qualified pitcher with anything near a sub-1.00 ERA. Without him, the Beavers still swept the two games with Vanderbilt to reach the College World Series. It’s clear though, that the oddsmakers are down on Oregon State’s chances to win it all. The Beavers are now +330 second favorites to capture the College World Series title.

The favorites are now the Louisville Cardinals. The Cards have been fantastic in the NCAA Tournament to date, sweeping through five games to get to Omaha. They’ve scored at least five runs in all five of their games, and if they keep that up, they’re going to be a really tough team to beat twice.

What really makes Louisville more alluring is the group it has been drawn into. The Texas A&M Aggies (+1500) are largely considered to be the weakest of the eight teams heading to Omaha, and though both Florida and TCU were No. 1 seeds in their respective regions and hosted Super Regionals, both struggled to get to this point.

Louisville will open up against Texas A&M on Sunday and figures to go into the winner’s bracket right away to have a leg up on the other three teams in this field. The Gators and Horned Frogs are both expected to burn through their best pitchers in their first game, and whichever team wins that one is going to have a tougher time on Tuesday figuring out how to handle the Cardinals and their potent lineup. The math just adds up from there to justify why Louisville is a +260 choice to win the National Championship.

Oregon State though, only has one national seed to contend with. The LSU Tigers are essentially right with Oregon State at +330 to win the National Championship. The Bayou Bengals have a great history at this level, and they’ve really yet to be challenged. They have won their first five games in the NCAA Tournament by eight, five, five, one and 10 runs, and outside of a seven-inning stretch against Mississippi State in Game 1 of the Super Regional, there haven’t been many innings strung together without runs being scored.

Maybe the grittiest team in the field is Florida State. The Seminoles weren’t even a lock to get into the NCAA Tournament two months ago, but thanks to Dylan Busby, one of the hottest hitters in America, the garnet and gold are rolling. They pummeled Sam Houston State in the Super Regional for two games, and they’re now on a six-game winning streak after losing their opener to Tennessee Tech in the Tallahassee regional.

The strike against Florida State is that it’s never won the National Championship in spite of the fact that it’s been in the NCAA Tournament 41 times in a row. Mike Martin’s crew seems to be snake-bitten when it comes to playing in Omaha, but at a price of +675, it’ll be hard to ignore the Seminoles this year.