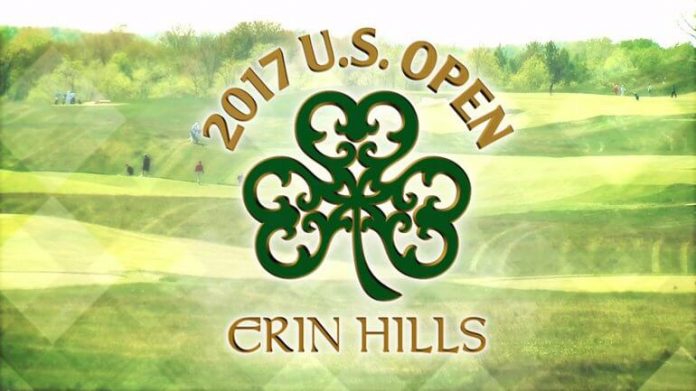 The 117th U.S. Open travels to the state of Wisconsin for the first time in the history of the event. Erin Hills will host the second major of the year, and all indications point to another wild ride to declare the champion.

The betting field consists of 156 players, which includes 13 amateurs. Most of the world’s best players are in the field. Phil Mickelson unexpectedly withdrew to be at his daughter’s graduation, but other than him, all the top players are in attendance.

World No. 1 Dustin Johnson is the betting favorite, but he will be challenged by a host of players. Rory McIlroy, Jordan Spieth and Jason Day are threats, as always, but it’s no longer as simple as saying there’s a Big 3 or Big 4.

The field is deep. Tour rookie Jon Rahm, who has exploded onto the scene with a win, three top 3s and seven top 10s, has a lot of similarities to Johnson. Hideki Matsuyama and Justin Thomas both have multiple wins this year.

Rickie Fowler, after a disappointing 2016, seems to always be around the leaderboard on the weekends, and he picked up a win earlier in the year at the Honda Classic. Then, of course, there’s Sergio Garcia, who is fresh off his first major victory at Augusta, and the only player in the field that has a chance to claim the first two majors of the year.

The 2017 U.S. Open will be held at Erin Hills in Erin, Wisconsin. It will be the first time the U.S. Open will be played in the state of Wisconsin, but the fifth time the state has hosted a major championship. The layout measures close to 7,700 yards, making it the second-longest course in U.S. Open history.

Last year, Dustin Johnson overcame a controversial ruling to finally get the monkey off his back and claim his first major title. Johnson fought off the gaffe by the USGA, stayed poised and executed down the stretch to hold off Jim Furyk and Scott Piercy by three strokes. The win came after a year earlier when he three-putted the final hole to hand the trophy to Jordan Spieth. D.J. has been on a roll ever since and vaulted to the No. 1 player in the world.

FOX will broadcast more than 45 hours of coverage across FOX, FS1, FOX Deportes and the FOX Sports Go app. That’s an increase from the 40 hours in 2016. Live streaming will also be available at usopen.com and on the U.S. Open app.

I’m looking for players that hit it straight, have great iron games and have the right temperament to succeed on a U.S. Open layout.

Alex Noren +4500 has won five times in his last 22 starts. He’s a top 10 player that doesn’t get the respect he deserves. The Swede is one of the best ball strikers in the world, but has yet to prove it in major championships. That all changes this week. Noren will be in the mix from start to finish and if he can heat the putter up at all, he may walk away with the trophy. At +4500, Noren is worth a look in all formats.

Kevin Kisner +6500 is playing solid golf with a win and a T7 in his last two starts. He’s rested and ready to go. The former Georgia Bulldog is a late bloomer, but cannot be overlooked on a venue that will test every facet of a player’s game. Kisner has the patience and the right attitude to excel on the biggest stage.

Italy’s Francesco Molinari +8000 seems to play well week after week on both sides of the pond. Not many people know that he’s the 16th-ranked player in the world. Molinari is a bulldog that never lets anything bother him. He goes about his business, plays his own game and churns out top finishes wherever he plays. At +8000, he offers gamers the best value on the board.