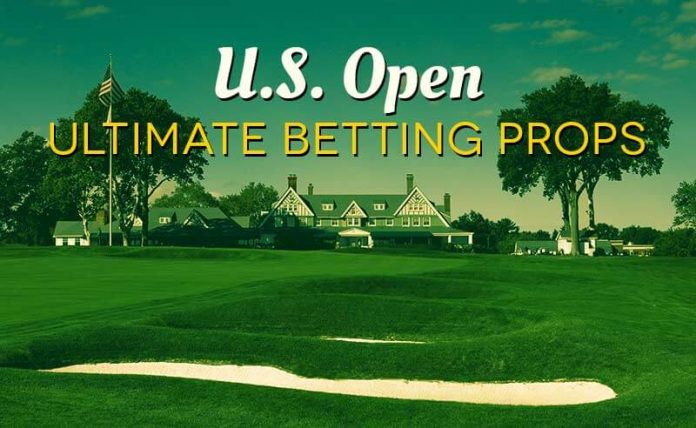 The 117th U.S. Open gets underway this week in Erin, Wisconsin where Dustin Johnson defends his title. To make things more interesting, BookMaker.eu has put out some enticing golf props to make the tournament that much more exciting to watch.

Here are a few of them. Enjoy!

Lowest 18-Hole Score in Fourth Round

Oftentimes the course is set up the most difficult before the final round. Their thinking is that they want someone to make a move on the final day. Have you seen the rough at Erin Hills? It’s thick and almost a penalty if you hit it in the wrong spot. I know these players are the best in the world, but shooting 67 on any day is going to be tough, and with the added final round pressure, NO ONE is going to shoot 67 the final day. Take the OVER!

Like I said in the above prop, the fescue rough is as high as I’ve seen it in any previous U.S. Open. Kevin Na posted a video and threw a ball three yards into the fescue and could barely find it. Then he tried to hit it and lost the ball. It’s at least a one-stroke penalty, maybe two, and I don’t see anyone shooting lower than 66 all week. Go against the public, take the plus money and take the OVER 66.

Will Steve Stricker Make the Cut?

This line opened up at Stricker +200 to make the cut and has moved all the way to -150. The savvy gamer got the +200 and although it’s not a winner, the golf gods have to be looking down on the Wisconsin native and give him a few breaks in his home state. He’s played the course several times, he hits it straight and has one of the best putting strokes on the planet. Stricker can still play, will easily make the cut and could contend!

Nationality of Winner Will Be?

Since the year 2000, nine foreign players have won the U.S. Open. This line should be closer to a pick ‘em and why I’m taking the plus money on “Any Other Country.”

Mickelson stated that he’s skipping the U.S. Open to attend his oldest daughter’s high school graduation. The USGA did him a favor by giving him an afternoon tee time, and now there are thunderstorms in the forecast for Thursday. Golf gods are looking down on Mickelson and will make it happen. Lefty makes the trip to Wisconsin and tees it up. Grab the +900 while you can.

Age of Winner Will Be?

This is an extremely good line. Rory McIlroy and Rickie Fowler are 28 years old. Then you have Jon Rahm, Jordan Spieth and Thomas Pieters all under the 28.5. But defending champion Dustin Johnson, Sergio Garcia, Jason Day and the majority of the other top players are all over 28 years of age. That has me leaning towards taking the OVER -130.

Check back all week long for all the golf props, daily matchups and updated U.S. Open golf odds.