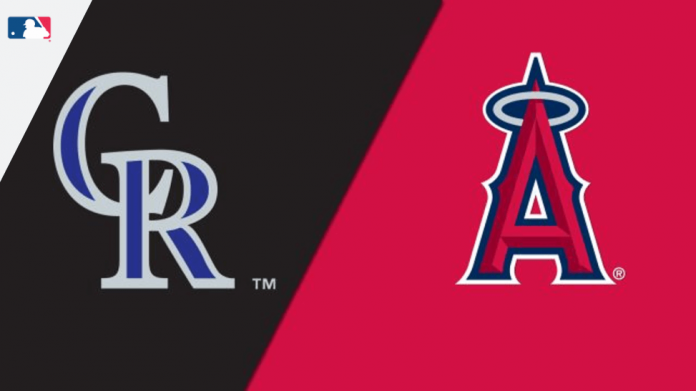 The National League playoff race is in full swing and the Colorado Rockies are in the middle of it all. A good finish could nab them the National League West title or a wild card berth, while a poor end to the season could leave them home for the postseason. Every game is crucial down the stretch and the Rockies will aim to go on the road and pick up a victory over the Los Angeles Angels.

The Angels have a better run-differential than the Rockies but have not had the same close-game luck, and they are out of the playoff race. Los Angeles’ role has been reduced to spoiler but it certainly has the capacity to win this game despite an inferior overall record. This game means much more to the Rockies than it does the Angels but it could be a competitive affair.

The Colorado Rockies and Los Angeles Angels will face off on Monday, August 27th, 2018 at 10 p.m. ET at Angel Stadium in Anaheim, California. The game will be nationally televised on ESPN.

The Rockies are 71-58 on the season and sit in a tie for first place with the Diamondbacks in the N.L. West. They are in a close race in the division and are joined by a mess of teams pushing for the two N.L. wild card spots. Colorado has a negative run-differential on the season, which is why its playoff odds are lower than some teams below it in the standings.

The Rockies are expected to send right-hander Jon Gray to the mound. He is 10-7 on the season with a 4.67 ERA. Gray had an ERA in the high-5s through late June, which got him a trip down to the minors. But the peripheral numbers always looked good and he has been impressive since a return to the majors. Gray gave up only two runs in 6.1 innings pitched last time out in a win over the Padres. He has 162 strikeouts in 140.2 innings pitched and has the benefit of playing this game on the road instead of at hitter-friendly Coors Field.

The Angels have decided to go with Odrisamer Despaigne on Monday. He last pitched on Wednesday and suffered the loss against Arizona, as he gave up three runs in four innings. He has had some success against the Rockies, going 3-0 against them with a 2.01 ERA.

The Angels will be without outfielder Justin Upton in this one, as he was recently placed on the disabled list with a cut on his finger. Upton is batting .267 with 26 homers and 74 RBIs on the year, so it is a significant loss.

However, the Angeles recently welcomed Mike Trout back to the lineup. He is the best player in baseball and could have a profound impact on this matchup. Trout is batting .314 with 30 homers, 60 RBIs and an OPS of 1.090. He didn’t show any rust in his first game off the disabled list, as Trout went 2-for-3 with a triple.

Angels vs Rockies – Who To Bet On

The Angels are a solid team despite their ups and downs this season, but Gray has figured it out of late. He has good stuff and should be able to keep Los Angeles’ bats in check.

The Rockies need to keep piling up wins and they will get a key road one here.