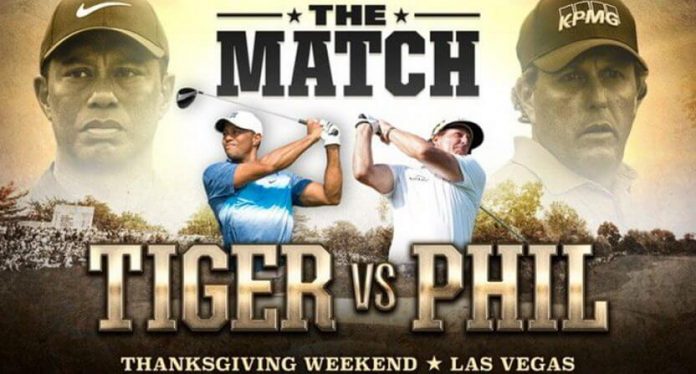 Woods confirmed “The Match” on Twitter, saying: “It’s on”.

Mickelson, who has attracted almost 100,000 followers in less than 24 hours on Twitter, replied to Woods, saying: “I bet you think this is the easiest $9M you will ever make.”

Woods, a 14-time major winner, has won over $113M prize money on the PGA Tour in comparison to Mickelson’s $87M.

“It’s an opportunity for us to bring golf to the masses in prime time during a period where we don’t have much going on in the world of golf,” Mickelson told ESPN.

“It’s a way to show a side you don’t normally see by having us mic’d up to hear some of the interaction between us.”

The event  will be a winner-takes-all with Mickelson saying, “If you [don’t] do that, it undermines it,” Mickelson said. “The whole point is the winner-take-all thing. That’s the exciting part about it.”

The money up for grabs for the four-hour long 18-hole round between Woods and Mickelson dwarfs the prize money available to any individual at any other golf tournament.

The Woods versus Mickelson showdown does not, however, compare to Floyd Mayweather’s defeat of Conor McGregor in 2017, which ranks as one of the richest fights in boxing history.

Mayweather, 40, who came out of retirement for the fight is reported to have earned around $300M for beating the Irishman in the 10th round.

Fans can also get in on the action by placing their own wagers on the outcome. Bookmaker.eu has released odds for both golfers, favoring Woods by a decent, but not overwhelming, margin. The 14-time major winner opened at -145 favorite but is currently going off at -170, meaning backers would have to risk $170 to return $100 on his victory. Mickelson, who has five majors of his own, is a +145 underdog right now, a line that would net $145 for every $100 placed on him. 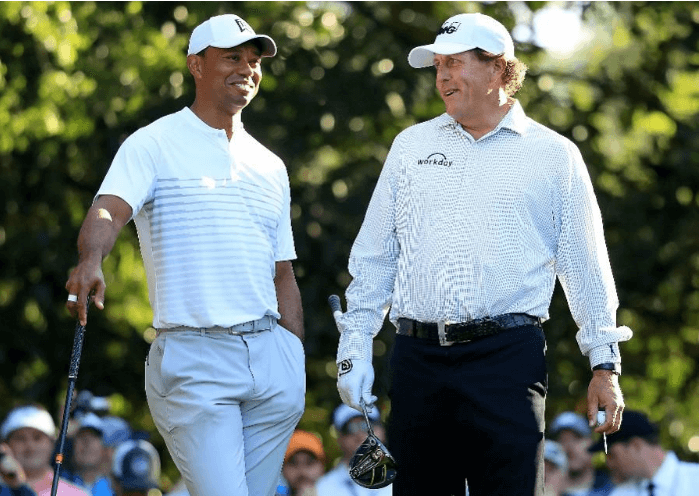 “Phil Mickelson is on his way out while Tiger Woods looks to be on his way back, after a good couple of months where he’s been challenging again, so it’s interesting from that perspective.” Says John Lysaght, Bookmaker.eu’s head golf trader.

“To date, we have taken twice as many wagers on Tiger compared to Mickelson, but there is still along ways to go until the big  match.”

Check out the latest Tiger vs Mickelson Showdown betting odds.