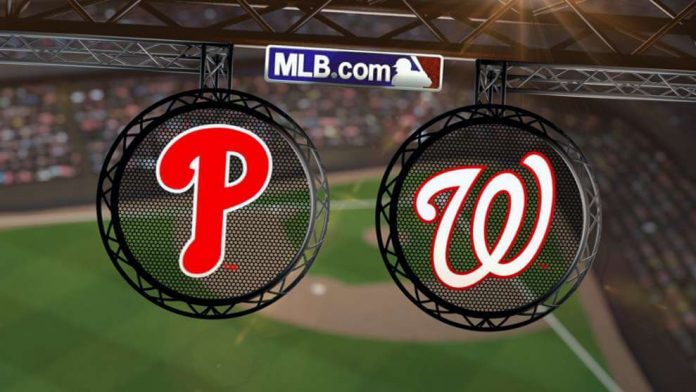 The Philadelphia Phillies are in danger of falling out of the National League playoff race. They have been in the middle of the National League East and wild card postseason pushes throughout the year but have lost seven of their past 10 games and are now an underdog to qualify. They hope to get back on track Tuesday against the Washington Nationals, a team that has underwhelmed all season.

The Phillies have been dynamite at home this season but must match up against perhaps the front-runner for the Cy Young award in Max Scherzer. These two teams played five days ago and Philadelphia was able to hand Scherzer a loss, so he will be seeking revenge in this one.

The Phillies have been fantastic at home this season but have a tough task in this matchup.

The Washington Nationals and Philadelphia Phillies will face off on Tuesday, August 28th, 2018 at 7:05 p.m. ET at Citizens Bank Park in Philadelphia, Pennsylvania.

The Phillies have a record of 70-61 on the season. They have gone 41-23 at home on the season and hope that their friendly confines will contribute to a big win. Philadelphia has to play well down the stretch in order to gain ground on their National League playoff hopeful brethren.

The Nationals are 66-66 on the year after entering the season expecting to win the National League East. Washington has a run-differential of plus-75, which is much better than Philadelphia, but it has not translated into a gaudy record. The Nats are 33-35 on the road this season.

The Phillies are expected to send Aaron Nola to the hill. He is 15-3 on the season with a microscopic 2.13 ERA and a 0.95 WHIP. Nola is averaging a strikeout per inning and is allowing opposing batters to hit just .198 against him. He has tossed quality starts in the vast majority of his outings and will aim to hurl another one here.

Scherzer is 16-6 with a 2.13 ERA and a 0.89 WHIP. The flamethrower has struck out 244 batters in 181.2 innings and has a .178 batting average against. Scherzer has been one of the best starting pitchers in the major leagues for years and continues to dominate in 2018.

These pitchers faced off last time out and Nola came away with the win. He blanked the Nationals over eight innings of a 2-0 victory, striking out nine and walking only one. Scherzer gave up only two runs in seven innings while striking out 10, but walked four batters and gave up a critical home run to Odubel Herrera in the seventh, which proved to be the difference.

The Phillies currently sit 2.5 games out of a wild spot. They are tied with the Dodgers and trailing the Brewers, Cardinals and Rockies. They are 3.5 games behind the Atlanta Braves in the National League East and it seems unlikely they catch up in either race.

The Phillies will need to exceed expectations down the stretch in order to make the playoffs. A win over Scherzer and the Nationals in this one would be a big help.

Nationals vs Phillies – Who To Bet On

Scherzer is extremely competitive on the mound and he is not going to be happy that the Phillies beat him last time out even though he threw the ball well. Look for Scherzer to dominate the Phillies lineup in this one. The Nationals are out of postseason contention but they will deal a blow to Philadelphia’s chances with the road victory.