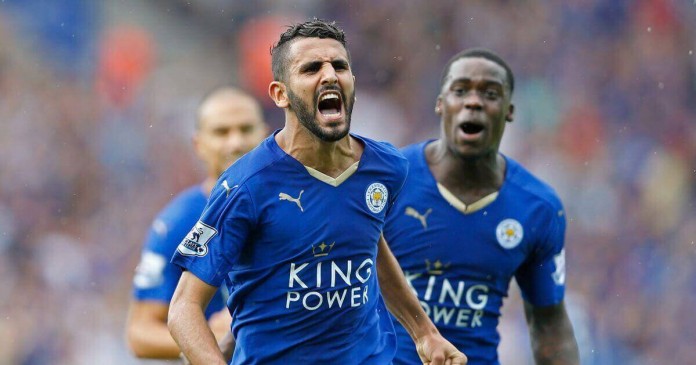 Anything can happen in an instance in a single match of any kind. English soccer is no exception: we saw that happen at the Ethiad in May 2012. But an underdog like Leicester City FC: could it happen? To go from the biggest underdog of the season to the champion of the league would be virtually unbelievable.

The year was 2012. Manchester City was level with Manchester United atop the Premier League standings, heading into the final day of the season. The Citizens were -700 moneyline favorites at home against QPR, a team that only barely escaped relegation. The only way Manchester United was to win the title was if it had a better result on the road at Sunderland than City got against QPR.

As is the case every year in English soccer, the two matches were being played concurrently. ESPN’s Soccer Power Index suggested that the Citizens had a 90 percent chance of winning the Premier League title at the outset of those matches.

It wasn’t until the 66th minute that day that the tide finally turned red. Manchester United held a 1-0 lead against Sunderland and never looked threatened, while Jamie Mackie put QPR up 2-1 at the Ethiad, a place where Man City was 17-1-0 heading into the day. It was when Mackie put in the Rangers’ second that United all of a sudden went from a 10 percent underdog to a 70 percent favorite.

City needed two goals, and it needed those two goals in a hurry. Shot after shot. Miss after miss. Minute after minute. And with each passing second, United’s chances got exponentially greater to win the title.

Until the 90th minute, the two games went with the scores holding firm. Sunderland never mounted a threat to score, and after just one minute of stoppage time, Manchester United had gone to the top of the table by three. The drama was supposed to be over. The SPI suggested that Manchester City had just a 0.04 percent chance of winning the Premier League, a task that would take not just one, but two goals in stoppage time to fulfill.

Edin Dzeko drew hope in the second minute of stoppage time when he found the back of the net. But it was Sergio Aguero who finished the job and won it for the Citizens with the last kick of the ball, a sweeping right-footed shot which will forever live in Manchester City lore.

The argument could be made that it was the greatest comeback in the history of English soccer.

Little did we know that just four years later, we’d be seeing an even greater underdog story.

Leicester City FC: A Team That Survived Against All Odds 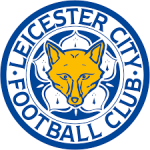 Just last April, Leicester City sat at the foot of the Premier League table. Relegation was almost a certainty, and soccer betting sportsbooks were offering more than 200 to 1 odds on the club to survive. The Foxes pulled off the great escape by amassing 22 of a possible 27 points to end the season.

Nigel Pearson was sacked in the offseason, in spite of the escape, and replaced by Claudio Ranieri, a man who was viewed as a has-been in the sport. The Foxes made no notable offseason signings, and they entered the season with salaries totaling just 48.2 million Euros. Chelsea, Manchester United, Manchester City, Arsenal and Liverpool all have salaries in excess of 150 million Euros.

Jamie Vardy, a man who was playing fourth division soccer in England just two years ago, was the leader of the club. A club that was sure not to get away from relegation for a second straight season without a massive run.

Leicester City odds were calling it a 5,000 to 1 longshot for the team to win the Premier League at the start of the year. Lloyd Christmas had a better chance with Mary Swanson than it did.

Now, 26 matches into the season, Vardy has 19 goals to his ledger while Kasper Schmeichel, who wasn’t even tipped in the offseason to win the starting goalie job, has conceded just 29 goals. Leicester City sits atop the Premier League with 53 points, giving it 81 in its last 38 matches, more than any other team in the top flight in England in that stretch.

Perhaps the most magical match came at the very same Ethiad Stadium where Manchester City’s memorable moment occurred four years ago. Instead, it was the visiting Foxes who ruled the day, racing out to a 3-0 lead before conceding a late, rather meaningless goal to Aguero.

“Why shouldn’t they be champions,” was the call on the NBC Sports Network that afternoon in Manchester.

Of course, Leicester still isn’t the Premier League favorite to win. Man City is still within shouting distance, while Tottenham and Arsenal, both of which have over 100 million Euros invested in their rosters this year, are just two points off the pace within the latest English soccer odds.

An Underdog Championship Win: Not So Crazy After All

The last time a team other than Manchester United, Manchester City, Chelsea, Liverpool or Arsenal won the Premier League was in 1994-95 when the Blackburn Rovers did the deed. At the time, Blackburn was just 75 to 1 to capture the championship from the outset of the season. No team outside of the “Big Five” has even finished in the Top 3 since 2003, and in all 12 of those seasons, at least four of the five finished in the Top 5.

And then there’s little old Leicester City, a team that has never won the championship in the top flight of English soccer and last finished in the Top 3 in 1929. Math, physics, economics and pure logic all suggest that this shouldn’t happen. But if they’ve made it this far at the top of the table and have the most points over the last 38 matches in English soccer, why shouldn’t the Foxes be champions? Miracles do happen after all.