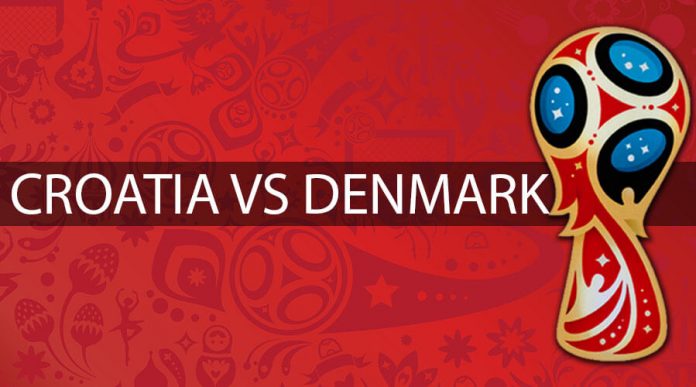 Croatia put on a fantastic showing in the group stage to capture Group D and hopes to keep it rolling in the Knockout Stage. Croatia will take on the runner-up team in Group C, Denmark, with a berth in the World Cup quarterfinals on the line.

Croatia went 3-0 in group stage action to accumulate nine points and cruise into the knockout round. Denmark didn’t lose either but had two draws along with a victory in the group stage.

Croatia is in the knockout stage for the second time since 1998. It was that trip in which they finished third overall at the World Cup, the nation’s best finish. Croatia would love to surpass that this year.

Denmark and Croatia are meeting for the sixth time. They have each won twice and there has been one draw in their history. Croatia is the team that is expected to win this matchup and move on to the final eight.

Croatia has been pegged as the half-goal favorite in this matchup, and the odds of them covering have been set at -117. There is a clear choice by the betting public as a whopping 96 percent of the action is on Croatia to cover.

Denmark is listed as the +427 underdog to pull off this upset, while Croatia is the -116 favorite. Once again, Croatia is getting the majority of the action at 73 percent.

The total is set at two goals, and the “over” is the more popular choice with 57 percent of the action heading that way.

Croatia went 3-0-0 with an impressive plus-6 goal-differential over that span in the group stage. Croatia began the run with a 2-0 win over Nigeria, getting an own goal to open up the scoring and then a penalty kick from Luka Modric to help clinch the win.

Croatia followed that up with a dominant 3-0 win over Argentina. All three of the goals were scored in the second half, as Ante Rebic, Modric and Ivan Rakitic found the back of the net. Croatia finished off its group stage excellence with a 2-1 win over Iceland. Milan Badelj and Ivan Perisic scored the goals in that one as Croatia showed off its balance on offense and its great defense.

Denmark advanced because it didn’t lose a match in the group stage. Denmark opened with a victory over Peru, as Yussuf Poulsen scored the only goal of the contest in the 59th minute. Denmark jumped ahead 1-0 on Australia early but the game ended in a 1-1 draw. Denmark finished with another draw against France which was enough for the runner-up spot on the group stage.

The winner of this matchup will move on to face the winner of Spain and Russia in the World Cup quarterfinals.

Croatia vs Denmark – Who To Bet On

There was concern about Croatia’s ability to score goals heading into the tournament but the players have done a great job of finding the back of the net. The defense was expected to be strong and that’s what happened in the group stage.

Denmark did well to get to this point, and it’s most likely path to advancement is by finishing regular time with a draw and winning in a shootout. But Croatia is going to get ahead early and then lock down defensively for a low-scoring win.

Check out all the latest World Cup betting odds and props – click here.