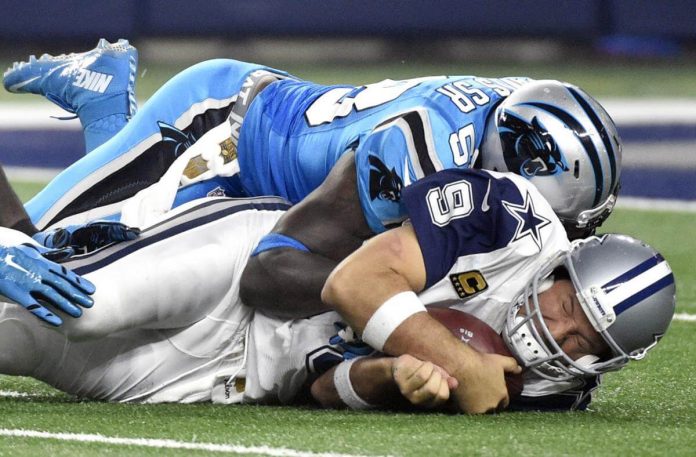 The Dallas Cowboys and Carolina Panthers both consider themselves among the top contenders in the NFC this year. They will face off to begin the regular season in a good barometer for both sides. The Panthers made it to the playoffs a year ago and are at home so they will be the team to beat in this one.

The Cowboys have one of the most talented backfields in the NFL between quarterback Dak Prescott and running back Ezekiel Elliott, but have some talent issues at wideout and injuries on the offensive line. Dallas looked like one of the best teams in the NFL two years ago and would love to get back to that spot. A road win over the Panthers would be a big step in that direction, but it won’t be easy to pull off.

The game will be played at Bank of America Stadium in Charlotte, North Carolina at 4:25 p.m ET on Sunday, September 9th, 2018 and nationally televised on FOX.

The Panthers are the three-point favorites to win this contest, as the oddsmakers are giving the Cowboys a healthy dose of respect. The betting public likes this line for Carolina, as it is getting more than 75 percent of the action. The Cowboys are +135 underdogs on the moneyline and are receiving 71 percent of the action to pull the upset. The Panthers are -155 favorites to take care of business.

The scoring total is listed at 42.5 points, with the “under” the more popular choice according to Bookmaker.eu.

The Cowboys have the best offensive line in the NFL when everyone is healthy, but center Travis Frederick is currently dealing with an autoimmune disease and could miss a significant portion of the season. Star guard Zack Martin was dealing with a knee injury in the preseason but he is back to work.

Most of the Panthers’ big names are healthy and ready to go. Frederick is a big loss for the Cowboys but they still have enough talent elsewhere on offense to find success.

While Elliott is going to garner the lion’s share of the headlines as the more successful and bigger name running back, the Panthers’ fortunes in this one could come down to the play of their running back.

Christian McCaffrey only averaged 3.7 yards per carry a year ago but was a real weapon in the passing game, catching 80 passes for 651 yards and five touchdowns. He split carries last year with Jonathan Stewart but will be the main option in 2018.

McCaffrey is a dangerous player and should increase his yards-per-carry average. If the Cowboys can’t keep him corralled, it will be tough to pull off the road upset. While Prescott and Elliott are a great combination at quarterback and running back for Dallas, McCaffrey and Cam Newton give the Panthers a similarly effective duo.

The Cowboys released Dez Bryant this offseason and there are serious questions about the team’s passing game. While Elliott should put up big yards on the ground, there is a worry Dallas will be too one-dimensional.

These teams are pretty similar on offense but the Panthers are the better defensive team. Add in the home field advantage and the Panthers are the pick to both win this game and cover the spread. The Cowboys could be in the postseason mix by the end of 2018 but they will begin the year with a loss.