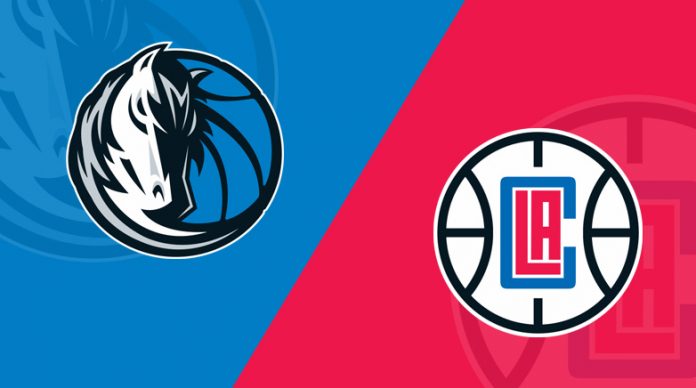 The Dallas Mavericks were thinking playoffs not too long ago. However, a four-game losing streak that began before the All-Star break has put those silly thoughts to rest. Not much was expected from the Mavs this season and they are clearly a team looking to the future. The acquisition of Kristaps Porzingis is a sign of that. Porzingis will not play this season as he continues to recover from knee surgery.

Luka Doncic is on his way to Rookie of the Year honors and he showed how valuable he is when the Mavs lost two straight without him. Doncic is questionable to play on Monday and his absence impacts the Mavs’ chances of beating the Los Angeles Clippers on the road.

Qualifying for the playoffs this season was a longshot for the Mavs, but they made things interesting by putting up a good record through the first half. It doesn’t help team chemistry when the roster is revamped at the trade deadline and the Mavs made moves to bolster their chances in the coming years. A flurry of activity around the deadline saw the team part with starters Harrison Barnes, DeAndre Jordan, Dennis Smith Jr. and Wesley Matthews, so it isn’t a shock to see them struggling at this point.

The Mavs enter Monday’s tilt riding a four-game losing streak after getting blown out in Utah on Saturday. All four defeats have been by at least 10 points and the defense has been shaky. The Mavs allowed an average of nearly 118 points in those games with no fewer than 112 in any game. Dallas is 0-4 ATS in that span and just 1-5 ATS in the last six outings.

There was some shuffling to the Clips roster at the deadline and the trade of leading scorer Tobias Harris was a sign that they were looking beyond this season as well. The Clips are currently tied for eighth in the West just a game ahead of Sacramento, yet they continue to emphasize making the playoffs.

When building a team around one player, it helps if that guy is able to take the floor on a regular basis. The Mavs are leaning on Doncic to bring the club to better things in the future and he’s proven to be a star in the Association during his rookie campaign. Doncic missed the last two games with a sore ankle and his status for Monday is up in the air. The Mavs lost those games by a combined total of 26 points.

Doncic is likely going to win Rookie of the Year as he leads the Mavs and all first-year players with 20.7 points per game. He also tops the club with 7.2 rebounds and 5.6 assists per game and his skill was missed in Utah when the Jazz pulled away in the second half for a 125-109 victory. Doncic isn’t going to carry the Mavs to the postseason this year, but they have a much better chance of getting a victory if he plays.

Just like the Mavs, the Clippers went through a roster upheaval at the deadline with several newcomers incorporated into the lineup. One constant through the shifting is Lou Williams. The scoring machine dropped 24 on the Nuggets in Sunday’s loss and he’s led the team in scoring three times in the last four outings totaling 99 points in those games.

A candidate for the league’s sixth man award, Williams averages an NBA-best 19.8 points per game off the bench and his 7.9 fourth quarter points per outing are fourth-best in the Association. Doc Rivers uses his bench judiciously and Williams is the best option.

If the Clippers are genuine with their talk about reaching the postseason this is a game they need to win. They could catch a break if Doncic doesn’t play, but even then they have a deep roster that will outlast the Mavs. LA is playing the second of a back-to-back after getting plowed in Denver on Sunday, but they didn’t exert too much energy in the 27-point loss. And Dallas is an awful road team, making the Clips the pick to cover the spread.