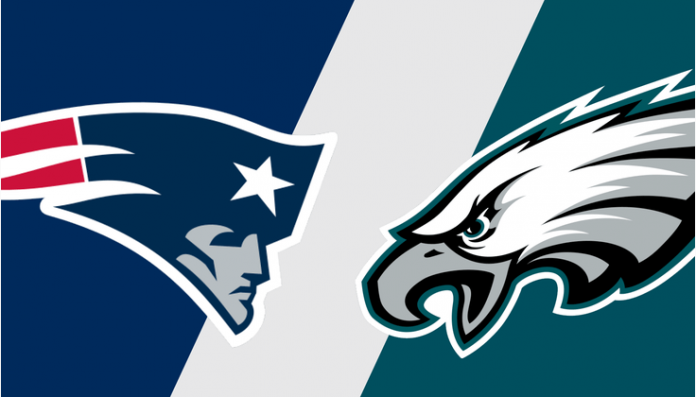 It will be a Super Bowl rematch of sorts as the New England Patriots host the Philadelphia Eagles this Thursday. While a preseason game won’t have the same type of atmosphere as the biggest game in the world, it will be interesting to see how both teams are coming along.

The Patriots and Eagles are once again the two favorites to win the Super Bowl and will try to iron out any issues in the exhibition season. New England is the home team in this one and will be the favorite to come away with the win in this one. It won’t be any solace after losing the Super Bowl but both teams are looking forward to 2018 at this point.

The game will be held at Gillette Stadium in Foxborough, Massachusetts at 7:30 p.m ET on Thursday, August 16th, 2018.

The Patriots are the 3.5-point favorites, but the majority of the bettors feel like that spread is too big for a preseason game in which outcomes are hard to determine. The Eagles are getting nearly 73 percent of the action to cover. The Patriots are -187 favorites while the Eagles are +162 underdogs on the moneyline.

The scoring total is 43 points, which is one of the highest totals of the week. The “over” is the more popular choice.

The Patriots began the preseason with a 26-17 victory over the Redskins. They jumped out to an early 10-0 lead after one quarter and had a 17-3 advantage at the half. Jeremy Hill had a nice day rushing the ball, toting it 11 times for 51 yards and a touchdown. Brian Hoyer got the majority of the action at quarterback with Brady sidelined. Devin Lucien had four catches for 71 yards.

The Eagles lost to the Steelers in their debut by a score of 31-14. Philadelphia quarterback Nate Sudfeld was 10-of-14 for 140 yards with a pair of touchdowns but also threw two interceptions. Shelton Gibson had a big day, catching a pair of passes for 77 yards and a touchdown. Rasul Douglas picked off a pass on defense.

Tom Brady missed the first game of the preseason with a sore back but is expected to return to the field this week. Eagles quarterback Nick Foles, who outplayed Brady in the Super Bowl is also expected to play. Foles missed the first preseason game with spasms in his neck but is in line to start. He has been practicing with the first-team offense throughout training camp as starting quarterback Carson Wentz continues to make his way back from a torn ACL.

Foles could be needed in the first part of the season, so he wants to continue to develop a nice rapport with his weapons. Keep an eye on Brady and Foles to make sure neither suffers a setback leading up to the game. If either misses the contest, it would greatly help the other team’s chances of covering the spread.

The Eagles would like to play a little better but don’t have much to prove. The Patriots have some new receivers and Brady will likely want to find a rhythm with them in this game after missing the preseason opener. That should be enough to get New England on top early and it should cruise to the win.