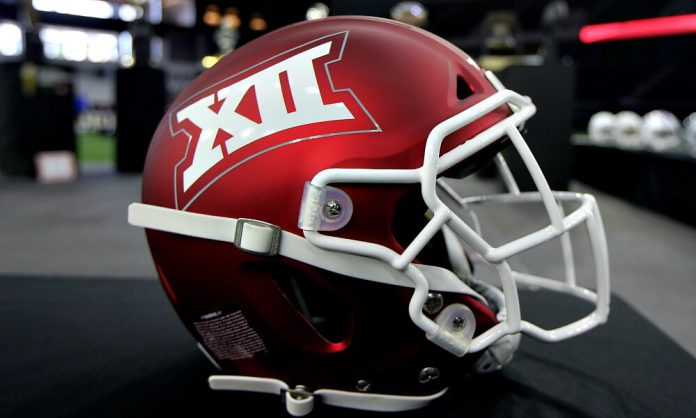 The Oklahoma Sooners are projected to once again finish atop the Big 12 in 2018 even though Baker Mayfield is off to the NFL, taking his Heisman Trophy talent with him. Kyler Murray is a dual-sport star who is expected to pursue a career in baseball. However, the Oakland Athletics are allowing him to play college football this year for the Sooners and Murray is aiming to star before switching sports.

He is supremely talented and while putting up the type of mind-boggling numbers Mayfield managed may not be in the cards, Murray has enough ability to keep the offense humming. He will have some nice weapons around him, including 1,000-yard rusher Rodney Anderson and 1,000-yard receiver Marquise Brown. Murray hopes to lead the Sooners to a fourth consecutive conference crown.

Texas’ 7-6 record a year ago wasn’t special, but the team lost a lot of close games. The Longhorns fell in double-overtime to USC and dropped four total games by single digits. Texas has a lot of talented players coming back and could be one of the main contenders to Oklahoma’s crown.

West Virginia has never won the Big 12 title but the Mountaineers have a good squad and a star quarterback in Will Grier. He threw for 3,490 yards and 34 touchdowns with 12 interceptions a year ago and will look to ascend higher in 2018.

Oklahoma State is in the mix but has a couple of key players to replace in quarterback Mason Rudolph and wide receiver James Washington, who are both in the NFL. The Cowboys need to settle on a new signal-caller, but whoever it is will be able to lean on running back Justice Hill, who figures to put up big numbers in 2018.

TCU boasts the preseason Big 12 Defensive Player of the Year in Ben Banogu, who hopes to keep the Horned Frogs in contention in the conference. The rest of the teams are longshots. Baylor, Kansas State, Iowa State, Texas Tech and Kansas have steep odds to win the conference crown.

Oklahoma is not expected to be the same offensive juggernaut it was under Mayfield, who went No. 1 overall in the NFL draft to the Browns. Murray is a talented player but he has not been in football full-time because of his baseball career, which could lead to some hiccups at times.

West Virginia’s odds are the most intriguing among the contenders. The team was picked second in the media poll behind Oklahoma so there is a bit of a divide between the writers and the oddsmakers. Generally the oddsmakers are correct but the Mountaineers do have some intriguing talent. Wide receiver David Sills had 60 catches for 980 yards and a whopping 18 touchdowns a season ago and should go over the 1,000-yard plateau in 2018.

Texas always looks good on paper but the team has not lived up to expectations of late. That is going to be the case once again as the Longhorns are not a good choice to win the Big 12.

Iowa State is an interesting group as it went 8-5 a season ago and returns nine starters. The Cyclones stunned Oklahoma last season and would love to pull the feat again to get into the conference race.

While Oklahoma may be more vulnerable than usual because there is some inexperience in the lineup, there is no challenger that will be able to step up to the plate and knock it off. West Virginia could be the biggest threat but in the end the Sooners will come away with yet another Big 12 championship.