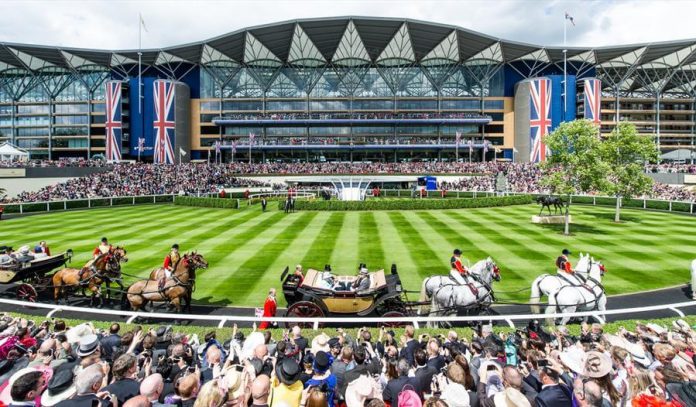 Run on the final leg of the five-day Royal Ascot meeting in June, the Diamond Jubilee Stakes stands as one of the jewels in the crown of British horse racing. As a Group One flat race decided over the six furlongs sprint trip, it’s for lovers of speed.

A staggering £600,000 pot is on the line with over £340,000 going to the winner and we saw The Tin Man bank connections the cheque last year when leading home Tasleet and Limato. There was less than a length between first and third that day and race fans will be hoping this renewal carries on from that thrilling finish.

The Tin Man Not Likely to Repeat

What we shouldn’t see is two-in-a-row according to odds compilers who have been very quick in dismissing the chances of The Tin Man in the ante-post betting markets. Trainer James Fanshawe is giving nothing away in the build-up to the off but the 14/1 available – best price at Coral – suggests the six-year-old gelding doesn’t have a chance of retaining his crown.

Interestingly, last year’s victor had been marked up as a 9/2 poke behind 2/1 favourite Limato but it made little difference to Tom Queally’s charge. Could we be set to see more of the same? There will certainly be a share of punters looking to take advantage of the big price and stick with a form horse who has won three of his last eight and placed twice in the same run.

The Tin Man did let followers down when finishing behind the pack in fifth at the British Champions Sprint Stakes over course and distance. Labrisa Breeze ended as the winner of that contest with Tasleet and Caravaggio his nearest rivals. The bare result looks bad on paper and those who watched the race unfold will admit the story behind the headline wasn’t any more impressive, with the 9/1 shot living up to his odds. He was involved in the mix when it mattered but lacked the pace to cause any threat at the business end.

A much more likely winner of the Diamond Jubilee Stakes on June 23rd according to tips at Timeform is Harry Angel who has been priced as favourite with no better than Betfair’s 4/1 circling in spring. This eye-catching four-year-old colt stands with a record of four wins and three seconds in his first eight, the spare being a fourth place in the same Sprint Stakes at the Berkshire course The Tin Man failed to make an impact in.

Going to post a 5/4 favourite, the Godolphin owned star couldn’t live up to the hype, backers watching through the cracks in their fingers as the well-supported colt fell apart in the final furlong when seemingly having the race at his mercy. Timing a challenge to perfection, Harry Angel led heading towards the line but lacked the fight needed to rally back and force the issue.

He did encounter a few traffic problems that day and it looked like he was hampered near the end but nothing that was going to change too much about the final result. That slight blot on his copybook came late in 2017 and connections thought it wise to grant him a bit of time away from the track to get things right. They now believe they have done just that and Cox sees this contest as the best way to re-launch.

Harry Angel has won group races such as the Mill Reef Stakes at Newbury, Haydock’s Sandy Lane Stakes, July Cup Stakes Newmarket and the Sprint Cup Stakes around Haydock meaning there isn’t exactly a stampede to oppose him for this gong. On form alone, the 4/1 at Betfair looks a decent offer but the fact there’s bits and pieces of 3/1 out there suggests he’s a favourite worth backing early.

Favourites Have History of Losing

Followers of the stats will be quick to remind us that siding with the shortest price runner in the field isn’t the smartest option. That’s proven by the fact only one of the last five winners have started as favourite and none of the three most-recent champions have.

The spare was Slade Power for Wayne Lordan and Edward Lynam back in 2014 when beating off competition from Due Diligence and Aljamaaheer at 7/2. Two of those five have come home at double-figure odds, including 11/1 Lethal Force in 2013. That may just nudge value-hunters further down the list where they’ll find Tasleet trotting around at 12/1 in the parade ring.

That may come as a bit of a surprise to those who watched the William Haggas trained five-year-old beaten a neck by The Tin Man 12 months ago. With a bit more luck in-running, he could be coming here eager to double up but there’s enough in his recent performances to suggest the bay will go close.

That silver medal was certainly no fluke and would’ve come as no great surprise to punters who enjoy trusting Tasleet with their cash. Suffering from what’s affectionately known as ‘seconditis’ in the game, he has found one too good in each of his last two and, incredibly, four of six. After losing the 2017 Diamond Jubilee Stakes, he was beaten by Harry Angel in the Sprint Cup and Labrisa Breeze at the British Champions Spring Stakes. He had Harry Angel and The Tin Man tucked in behind that afternoon, of course.

The fact the six-year-old gelding’s name keeps popping up when reading the form of this one means he must be given a mention and Librisa Breeze is another who may just have been written off a little too lightly.

10/1 winner of the group one Sprint Stakes over 6f at Ascot in October, the grey is now as chunky as 14/1 with Ladbrokes to whip the field into shape again and deliver a body-blow to bookmakers. Sharpened by Dean Ivory, the team have won six of 16 and finished in the first two 10 times. He’s sure to run a better race than his odds would have you believe.