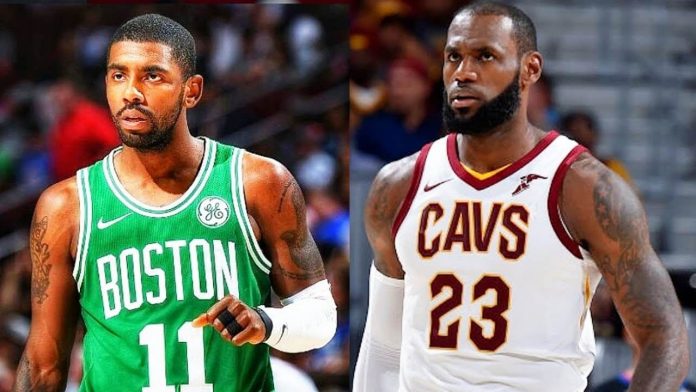 The NBA is down to its final four teams as the field is set for the conference championships. LeBron James is back leading the Cleveland Cavaliers to their fourth straight Eastern Conference Final after a destructive sweep of the No. 1 seed Toronto Raptors. It’ll be a rematch of last year’s series when the Cavs, with Kyrie Irving, advanced to the Finals with a five-game win over the Boston Celtics.

The Cs had homecourt advantage in that series but they lost three times on the parquet floor, missing out on their first trip to the Finals since losing to the Lakers in 2010. Boston has protected its court this postseason going 7-0 straight up and against the spread. They put an end to the process by extinguishing the hopes of the upstart 76ers, winning the series with a Game 5 clincher. The teams will meet for the third time in the last four postseasons when they tip-off Sunday from the Garden.

After stumbling through their first-round series against the Pacers where they were probably the second-best team, the Cavaliers exploded on the Raptors, knocking them out of the playoffs for a third consecutive season. And, of course, James was the catalyst. But unlike the Indiana series, the King had some help, mostly from Kevin Love. After averaging 11.4 points in the Pacers series and scoring just seven in the opener against the Raps, Love tallied 31 in Game 2 and totaled 75 points in the last three wins. Of course LeBron did his thing. The King hit the winner in Game 3 and has four games of at least 43 points while averaging over 34 points in his 11 playoff tilts.

If they were taken lightly by their opponent in the first two rounds, you can bet the Celtics have the attention of the Cavs after ending the process. A return trip to the East final seemed out of the question when Irving went down late in the regular season. But up stepped Terry Rozier and Jayson Tatum. Filling in for Irving, Rozier is scoring 18.2 points and playing over 37 minutes per game in the postseason. Tatum has scored at least 20 points in seven straight games and leads the team with 18.8 points in the playoffs. And the Celtics have protected the parquet floor by going undefeated, including a Game 7 victory over Milwaukee in the first-round.

LeBron ups his game once the playoffs roll around and he’s playing the best basketball of his career this postseason. He singlehandedly carried the Cavs to an opening-round win over the Pacers, though he got away with a critical missed goaltending call in Game 5 right before beating the buzzer with a game-winning triple. He’s reached the 40-point mark four times and is averaging nearly 38 points in games the Cavs won.

Tyronn Lue had to fiddle with his lineup during the postseason, but he’s settled on Kyle Korver as a starter and the offense has responded. The Cavs scored over 118 points per game in their sweep of the Raptors and they will be tested by Boston’s defense. But with Korver and Love adding to LeBron’s heroics, Cleveland looks to be in a good spot. LeBron got some much-needed rest after sweeping Toronto, and a rested LeBron is a handful. Look for the Cavs to jump ahead with a Game 1 victory.