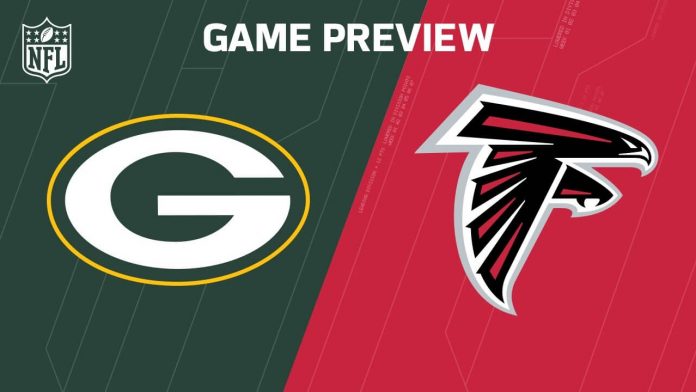 There aren’t many teams who can win eight straight playoff games, but the Packers have effectively done that; the Falcons are continuing the tradition of WTF NFC South teams coming out of nowhere to have brilliant seasons. With the NFC Championship fast approaching, let’s get to know the top contenders in the NFL playoffs odds.

Packers vs Falcons: Who They Are

Owner Arthur Blank used to own an Arena Football League team. Now he owns a 100-yard variety of the same team. Any drive that doesn’t end in a touchdown is a disappointment, and defense is completely optional for all players not named Vic Beasley.

A team that intentionally showcases Taylor Gabriel in at least four different instances every game, mandating the obligatory notation that forces Browns fans everywhere to punch their television screen when they hear for the 792nd time this season that they cut that guy.

They’ve got a quarterback who has completed the same number of Hail Maries in the last two seasons as every other quarterback in the NFL combined. They’re using a guy wearing No. 88 at running back and have a ragtag group of guys who the Browns would probably cut at wide receiver, and yet they’re still dropping 30+ points on everyone they face. Relax. Aaron Rodgers has got this.

How They Got Here

The Falcons are continuing the tradition of WTF NFC South teams coming out of nowhere to have brilliant seasons. Last year it was Carolina. Now it’s Atlanta. You can bet that next year it’s going to be someone else. They beat the Seahawks last week and had tremendous public backing in doing so at -6.5.

There aren’t many teams who can win eight straight playoff games, but the Packers have effectively done that since Rodgers said they’d run the table this year. They beat the Giants in part thanks to a Hail Mary and beat the Cowboys because of an insane pass in literally the only fraction of a spot it could have been thrown in to set up the game-winning field goal.

With a quarterback by any other name, Mike McCarthy would have been handed his pink slip years ago.

Who cares about the NFL betting spread? The total in this game is 60 according to Bookmaker.eu. SIX-ZERO. It’s the highest ever in a playoff game. See. Arena football.

With two high-powered offenses facing off, expect the NFC Championship game to be a shootout pic.twitter.com/lXvVRr5Upp

And Vegas is begging you to bet on the Packers. A team that has won eight straight games, just upset the best team in the NFC and has the best quarterback on the planet opened at +6 football betting odds against an Atlanta team that has precisely two playoff wins since Michael Vick was thrown in jail, both of which have come against the Seahawks. Within about 32 nanoseconds, that spread dropped to +4.

Don’t say we didn’t warn you.

Stat of the Weird

Some teams use this BS of trying to use the run to setup the pass. The Packers don’t waste their time with the stinking run. They ran 63 plays against the Cowboys last week. 46 of them were pass plays.

And only a total of six of them included a single player on the field wearing a traditional running back number. All hail the mighty Aaron Rodgers, a man who needs no rushing game in order to be successful.

Forget about Green Bay’s eight-game winning streak. Atlanta has won five games in a row and has scored at least 33 points in all five games. Exactly how much time have the Falcons been trailing by in the second halves of games in that stretch? 0 minutes and 0 seconds. You’re going to win a lot of games when you’re never trailing in the second half.

You Didn’t Realize it, but…

The Packers have only allowed two touchdowns to running backs in their last eight games. That’s bad news for the Falcons. Julio Jones this and Julio Jones that, but Devonta Freeman and Tevin Coleman have combined to score 24 of Atlanta’s 58 offensive touchdowns in the regular season. Freeman only had six games this year in which he didn’t score a TD. The Falcons went just 2-4 in those games.

Related: Patriots at -6 on AFC Championship Odds Versus Steelers

Also, be sure to check out the latest football odds on our NFL Odds Comparison page.