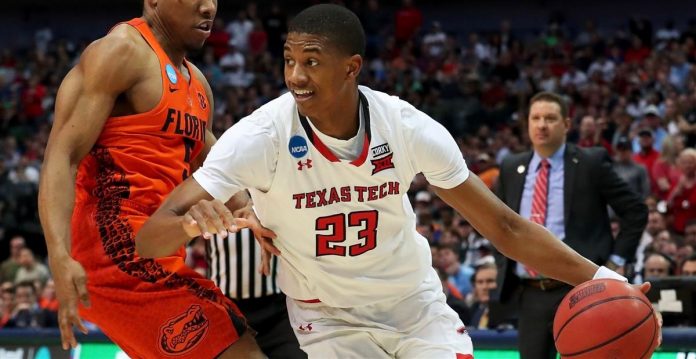 The second weekend of the NCAA men’s basketball tournament proved to be extremely topsy-turvy, as many of the favorites went down at the hands of underdogs. It has led to quite the intriguing Final Four, as the Michigan State Spartans, Texas Tech Red Raiders, Virginia Cavaliers and Auburn Tigers are the teams remaining fighting it out for the national championship.

The majority of the country has seen its brackets busted, and it’s understandable if those bettors don’t want to choose a new team to win it all now that theirs is out of it. Luckily, all of the attention heaped on the Final Four means the oddsmakers are coming up with other side bets to choose from.

There is one Final Four prop that asks what player will come away with the Most Outstanding Player from this weekend, and there are some intriguing names on the list. This is an enticing prop bet and has the odds to pay off nicely. Odds are provided by BookMaker.eu.

It is hard to win the Most Outstanding Player without making it to the national championship game, so right away gamblers must deduce which teams are likely to meet in the finals. The Michigan State Spartans are the favorite to knock off Texas Tech, while Virginia is expected to beat Auburn.

The player with the best odds to win the MOP is Michigan State’s Cassius Winston. He is an elite point guard as Winston was named a First-Team All-American by averaging 18.9 points and 7.6 assists on the season. If Michigan State wins it all he would be the big-time favorite as he is the team’s best player. Winston’s odds check in at +250.

Virginia’s Kyle Guy has the next-best odds at +450. The Cavaliers are the only No. 1 seed left in the field and have the best resume, so it wouldn’t be a surprise if they come away with the hardware. The problem is that Virginia plays a slow-down style of ball that keeps the players’ individual stats deflated. Even so, Guy is a key player, and if the Cavaliers win it all he could very well be in the mix. Guy is averaging 15.2 points and 4.6 rebounds per game on the year.

Ty Jerome comes in with the next best odds at +550. He is another key player for Virginia, averaging 13.3 points, 5.4 assists and 4.0 rebounds on the year. If the voters take into account more than just points, he should be right in the conversation as Jerome does a little bit of everything.

Texas Tech’s Jarrett Culver’s odds at winning the Most Outstanding Player of the Final Four are listed at +650. He is one of the more individually talented players remaining as Culver averages 18.9 points, 6.4 rebounds and 3.8 assists per game. The problem is that the Red Raiders are underdogs to beat Michigan State.

DeAndre Hunter’s odds come in at +850. He is yet another Virginia player high on the list. Hunter averages 14.9 points and 5.0 rebounds per game but would have to beat out his teammates if Virginia wins it all.

Xavier Tillman comes in at +1000. The Michigan State sophomore averages 10.1 points and 7.3 rebounds per game, and averaging a double-double in the Final Four could get the attention of the voters when it comes to Most Outstanding Player consideration.

Bryce Brown has odds of +1200. He has the best odds among any Auburn player and is certainly a solid player, averaging 16.0 points per game. The problem for Brown is that the Tigers are not expected to beat Virginia. If Auburn wins the title, this would be a great choice.

While Winston makes a lot of sense as the best player on a team expected to make the finals, the odds are too steep. Culver is a much more enticing option. Texas Tech has looked really good in the tournament and will aim to use its suffocating defense to keep Michigan State in check.

If the Red Raiders can simply make the championship game, Culver should be right in the mix for the Most Outstanding Player, as he is the clear-cut first option for Texas Tech.