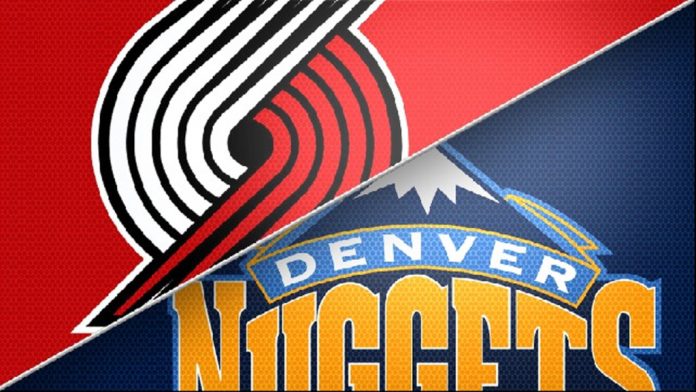 The Portland Trail Blazers were expected to struggle after two key injuries hit down the stretch, but instead the team is playing some really good basketball as the season comes to a close. The Blazers are trying to surpass the Rockets for the No. 3 seed in the West before the playoffs begin and even have a chance to catch the Denver Nuggets if they can win a head-to-head matchup between the teams this week.

Denver is at home for this game and has been the better team this year, so it will be the clear favorite. The Nuggets have a small chance of catching the Warriors for the top seed in the West but the more likely scenario is the consolation prize of finishing second.

The Trail Blazers have a record of 50-28 on the season. They have won two straight and eight of their past 10 heading into this one. Portland has gone 20-19 on the road this year and would love to improve on that here.

The Nuggets are 52-26 on the year. Denver has been really good at home this season with a mark of 32-7, which is why it will be the team to beat. Denver is just 6-4 in its past 10 games, which has allowed the Blazers and Rockets to creep closer.

The Blazers are still expected to be without star shooting guard C.J. McCollum. He has missed several weeks with a knee injury and while he is getting closer to a return, it doesn’t seem like it will happen in this one. If that changes, it would be a nice development for Portland.

McCollum is averaging 21.3 points, 4.0 rebounds and 2.9 assists per game on the season. He is an efficient shooter, hitting 46.3 percent from the field and 38 percent from three-point range. Keep an eye on any McCollum-related updates before tip-off.

Nuggets point guard Jamal Murray is currently dealing with an ankle injury but he has been able to play through it in recent games. Murray should be good to go in this one and he is a key piece. Murray is averaging 18.2 points, 4.8 assists and 4.1 rebounds per contest on the year.

Over the past ten games, Jamal is averaging 22.4 PPG, 5.1 RPG, and 5.1 RPG while battling through ankle soreness.#MileHighBasketball pic.twitter.com/LHpVR7iCGs

Only 2  games separate these teams in the standings with only three to play after this one. If Portland wins, it would still be in play for both the No. 2 and No. 3 seeds in the Western Conference heading into the playoffs. The West has been tightly packed for almost the entire year and things are coming down to the wire.

Denver has been sitting in second place for the past several weeks and doesn’t want to lose its foothold at the final possible moment.

The Blazers would love to come away with this upset, but it’s not going to happen. The Nuggets can go a long way in clinching the No. 2 seed with a win here.

Denver is great at home and Portland does not have enough depth to spring this upset. The Nuggets are the choice to both win the game and also cover the spread. The “over” should be in place because this could be a track meet between a pair of teams fine with playing at an elevated pace.