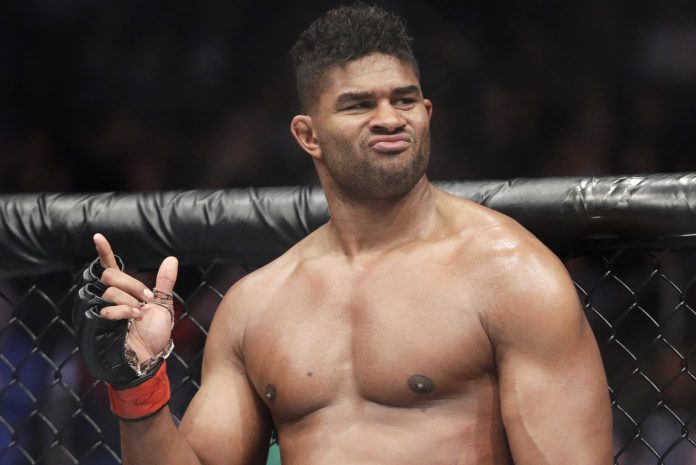 Darts, table tennis, simulated games and esports got the betting public through some trying times. While we aren’t out of the COVID-19 woods yet, things are looking better with plenty of live sports to wager on this weekend.

UFC president Dana White took his bromance with President Trump to another level by staging three separate events over a one week span. The third takes place on Saturday with a matchup of top-10 heavyweights headlining the 11-bout ticket.

The PGA Tour plans to return in June and we’ll get a glimpse of a few pros smacking the ball around in a charity skins game.

And soccer fans are ecstatic that the Bundesliga raises the curtain on the resumption of its season. Online sportsbooks have the odds and are waiting for you to throw down this weekend.

Kudos to the state of Florida and the UFC for giving the finger to the coronavirus. After two months of sheltering in place the fighters took to the octagon in a series of events that proved the games can be played. UFC Fight Night, the third event in a week at the promotion’s temporary home in Jacksonville, takes place Saturday with 11 bouts scheduled. The main event features top-10 heavyweight contenders Alistair “The Demolition Man” Overeem against Walt “Big Ticket” Harris. The Big Ticket is undefeated in his last four fights and he spent a total of 62 seconds in the octagon last year. He’s a -145 favorite on the current odds at BookMaker.eu. 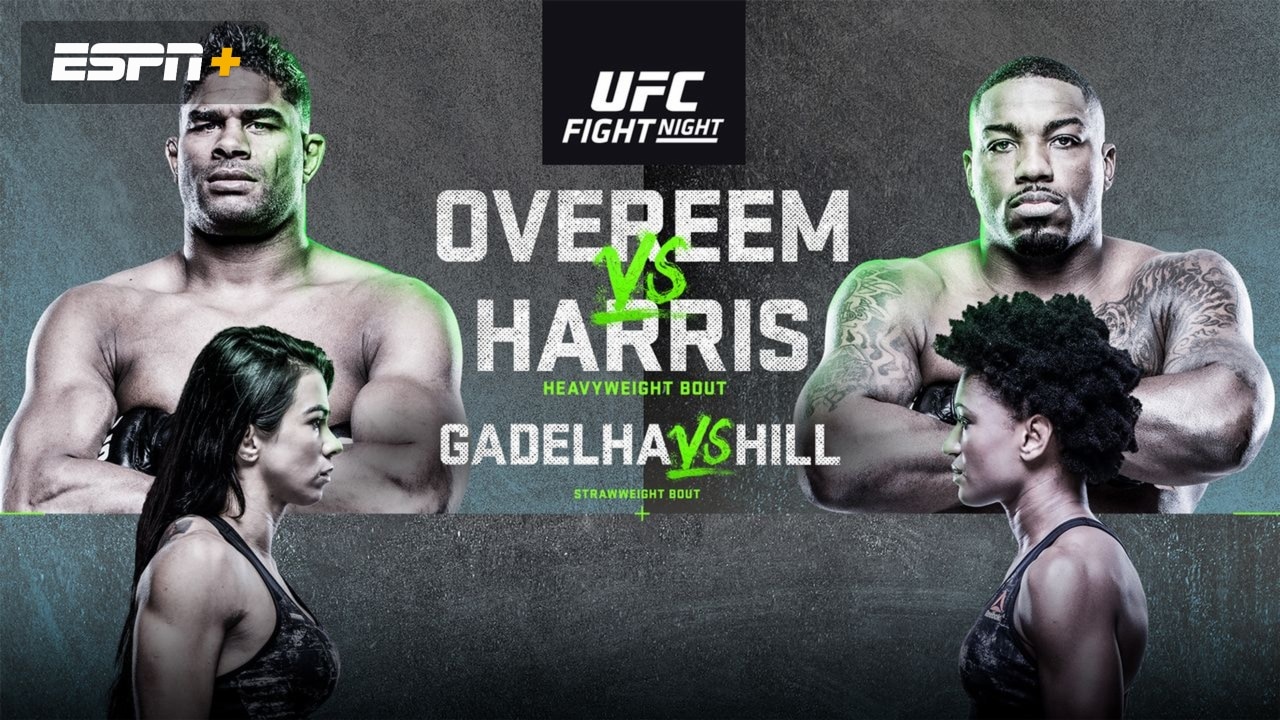 Women’s strawweight hopefuls Angela “Overkill” Hill and Claudia Gadelha duke it out in the co-main event. This marks Hill’s fifth fight in a calendar year and she’s coming off wins in the last three. Gadelha hasn’t been nearly as busy and this will be her first fight since an ankle injury put her on the shelf. Still, the Brazilian is listed at -220. The six-fight preliminary card gets underway at 6 p.m. ET followed by the main card at 9 p.m. ET on ESPN.

Visit BookMaker.eu for odds on every bout and to place your wager.

With its built in physical distancing, golf is the ideal sport to start a revival. So why not chisel off some of the competitive rust in a charity skins game. That’s the plan on Sunday when Tour pros Rory McIlroy and Dustin Johnson take on Rickie Fowler and Matthew Wolff in the TaylorMade Driving Relief. Each team starts with half a mil in the bank with an additional $2 million at stake on the skins. All proceeds go to COVID-19 relief efforts. 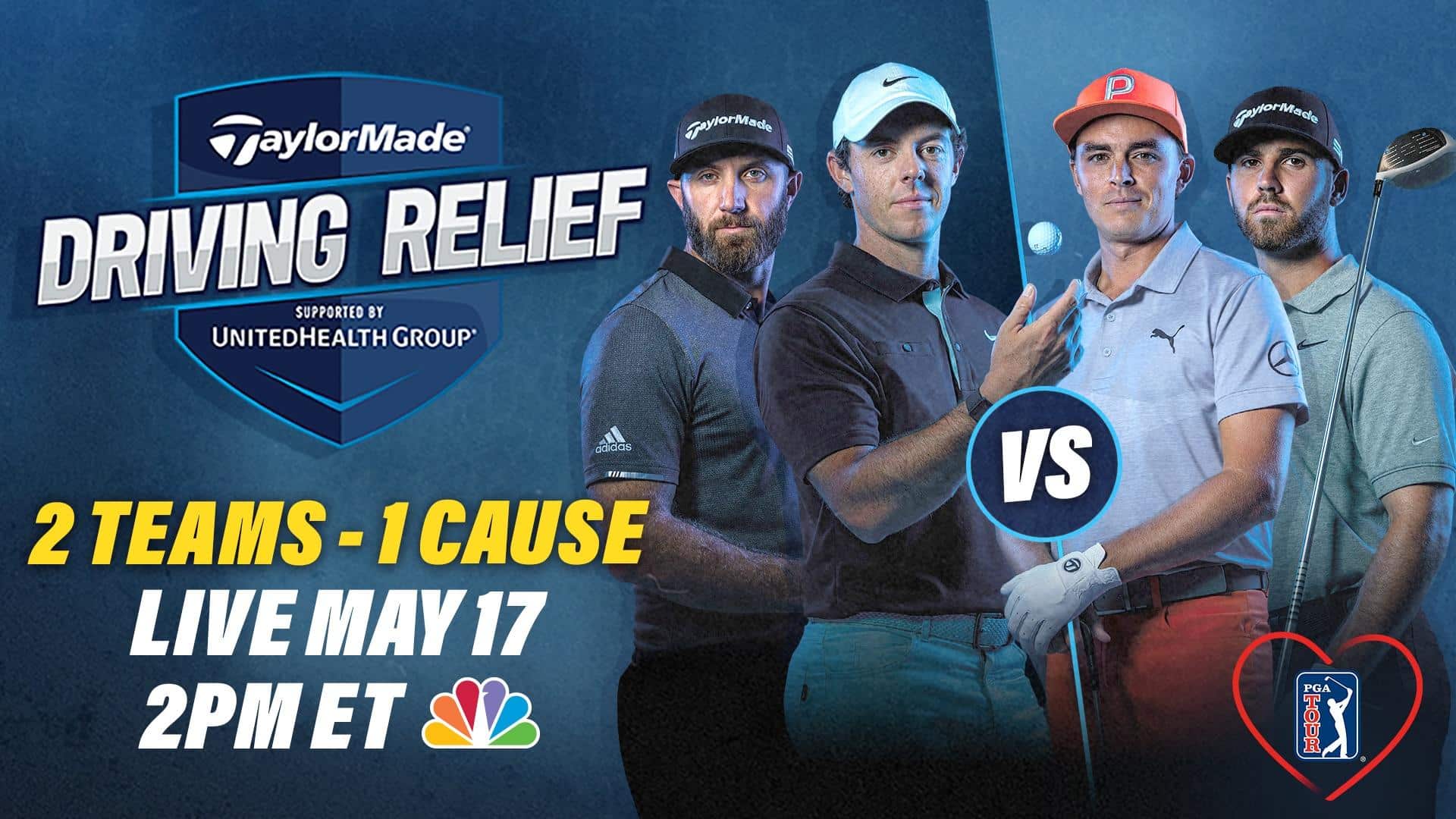 McIlroy is the No. 1 ranked golfer in the world and D.J. is No. 5, so it isn’t alarming that they are favored at BookMaker.eu to win the most skins. Between them they have 38 PGA Tour wins. Fowler has nine professional wins and Wolff earned his maiden PGA Tour win last July, becoming the third golfer to win the NCAA individual title and a Tour event in the same year. The event takes place Sunday at the Seminole Golf Club in Juno Beach, Florida, and will air on NBC.

Germany’s Bundesliga will become the first major European soccer league to return to the pitch with resumption of the season on Saturday. Six matches are on the slate with an additional two scheduled for Sunday. 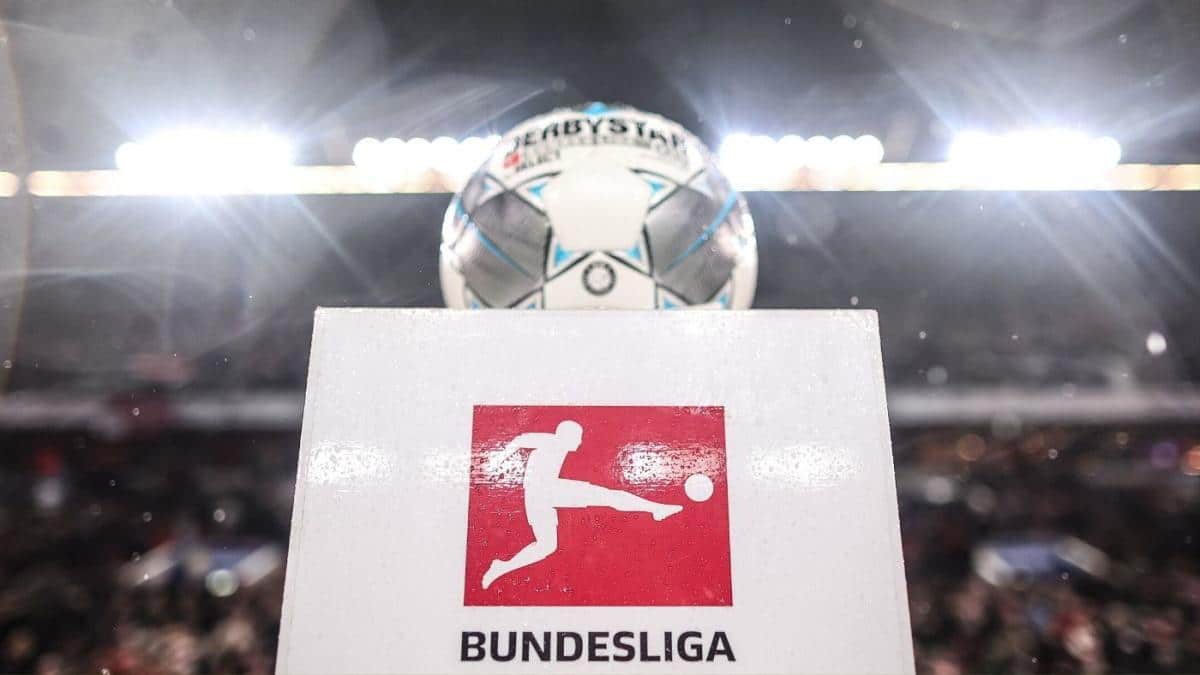 Other leagues across Europe are gearing up for a return in the next several weeks as well. They never stopped playing in Belarus with matches in the Vysshaya Liga and Belarus Cup continuing over the weekend. Matches from the top leagues in South Korea, Taiwan and Turkmenistan are also on tap. BookMaker.eu has all your wagering needs covered with odds posted for all the soccer games.

One of the fastest sports in the world came to a screeching halt because of the coronavirus. Now it’s time to start your engines because NASCAR is back this weekend with The Real Heroes 400 from Darlington Raceway. 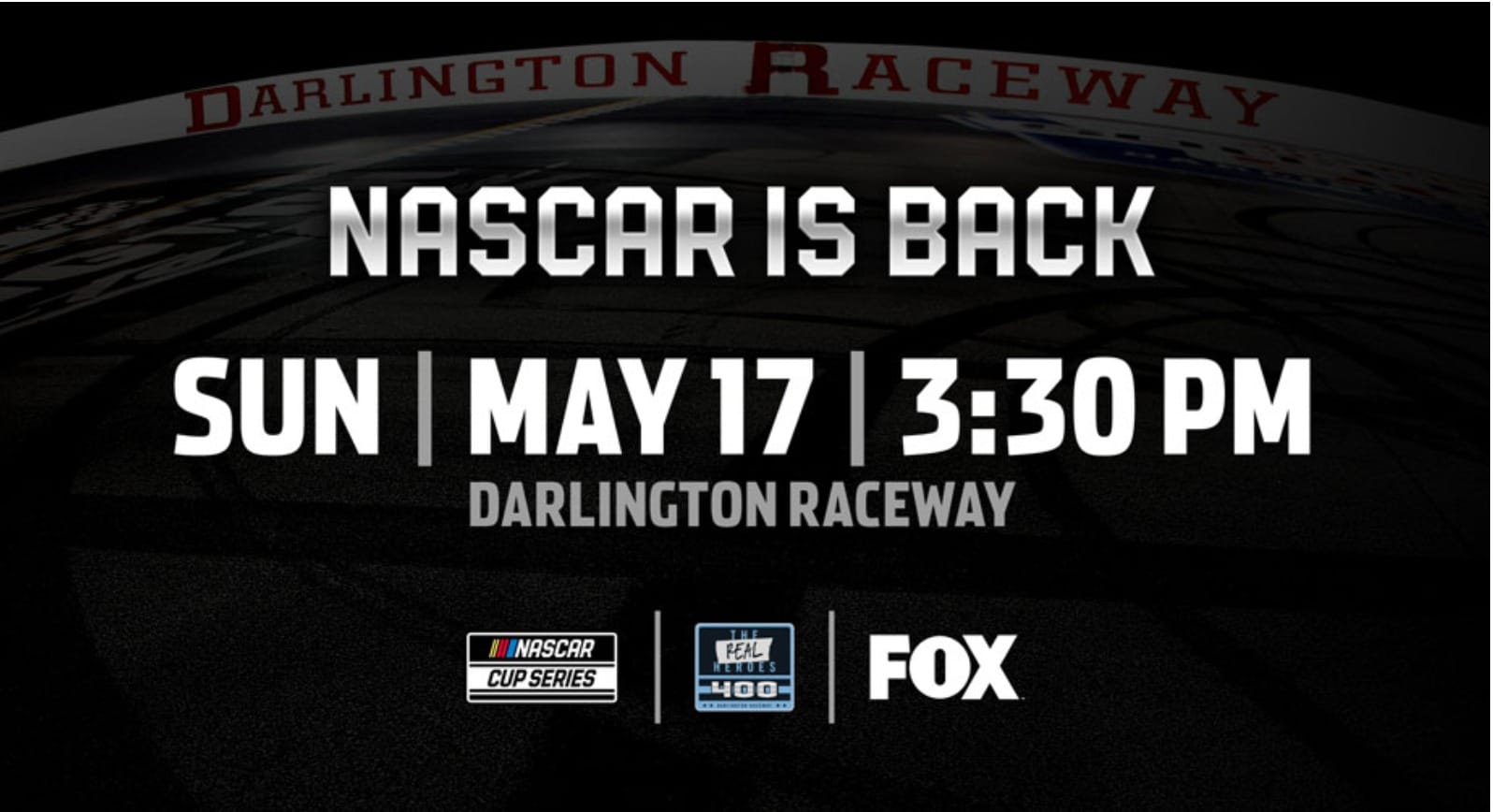 With no practice or qualifying the starting lineup was determined by a random draw with Brad Keselowski getting the pole position for the first major race since March.

A crutch for fans and online sportsbooks during the pandemic, simulated games will continue until the big four return. BookMaker.eu is keeping everyone interested by running sports sims from all the major sports.

There’s always something going on since computer players never get tired. Games and tournaments using Madden NFL 20, NBA 2K20, MLB The Show 20, NHL 20 and FIFA20 take place all weekend. Visit BookMaker.eu for a schedule and to place your bet, then go to Twitch.tv to watch the sims.

We can’t bail on the gamers now that live sports are back. They certainly aren’t bailing on us. Odds for all the leagues and games featuring Counter Strike: Global Offensive are on the BookMaker.eu board. The Dreamhack Masters and ESL One: Road to Rio tournaments are two of the biggest. 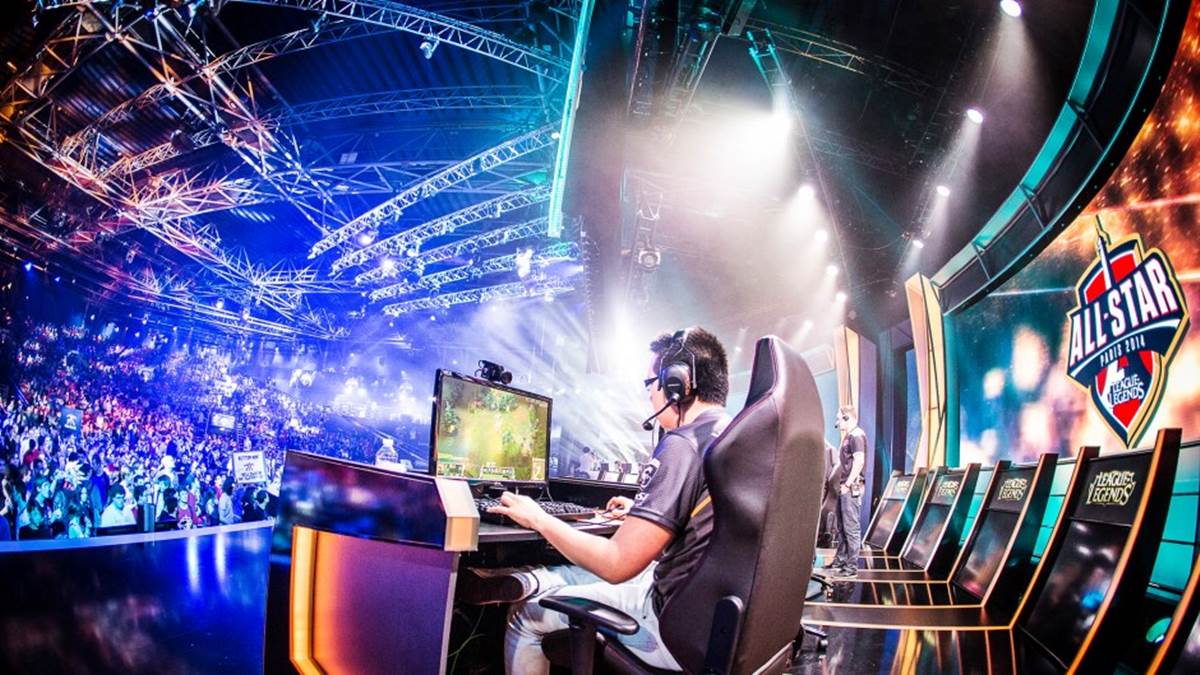 Gamers are also competing in Overwatch; DOTA 2, League of Legends and Starcraft 2. Esoccer has a huge following and a large number of matches to wager on at BookMaker.eu. Check out the schedule and odds when you’re ready to make a wager.

Go to BookMaker.eu to read interesting articles on NFL futures bets. With free agency, the draft and the 2020 schedule released, win totals for every team surfaced, and Super Bowl, conference championship and division odds have stabilized. Fans of Bundesliga can also throw down on a team to win the title. A complete list of futures odds is available at BookMaker.eu.