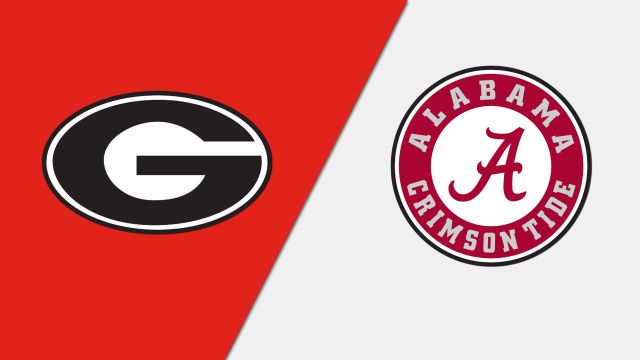 This is as good as it gets in college football. A mammoth battle in the SEC takes place Saturday when the No. 2 ranked Alabama Crimson Tide host No. 3 Georgia Bulldogs for conference bragging rights. Through the first three weeks of the season only two unbeatens remain. That number will be sliced in half come Saturday night. With playmakers all over the field the Crimson Tide boasts the nation’s highest scoring offense with 51 points per game. Georgia on the other hand owns one of the best defenses. The Dawgs have lost five in row in the series with one of those a 26-23 overtime decision in the 2017 National Championship game.

The game between the Georgia Bulldogs and Alabama Crimson Tide will take place at Bryant-Denny Stadium in Tuscaloosa, Alabama at 8 p.m. ET on Saturday, October 17, 2020. The game will be televised on CBS. 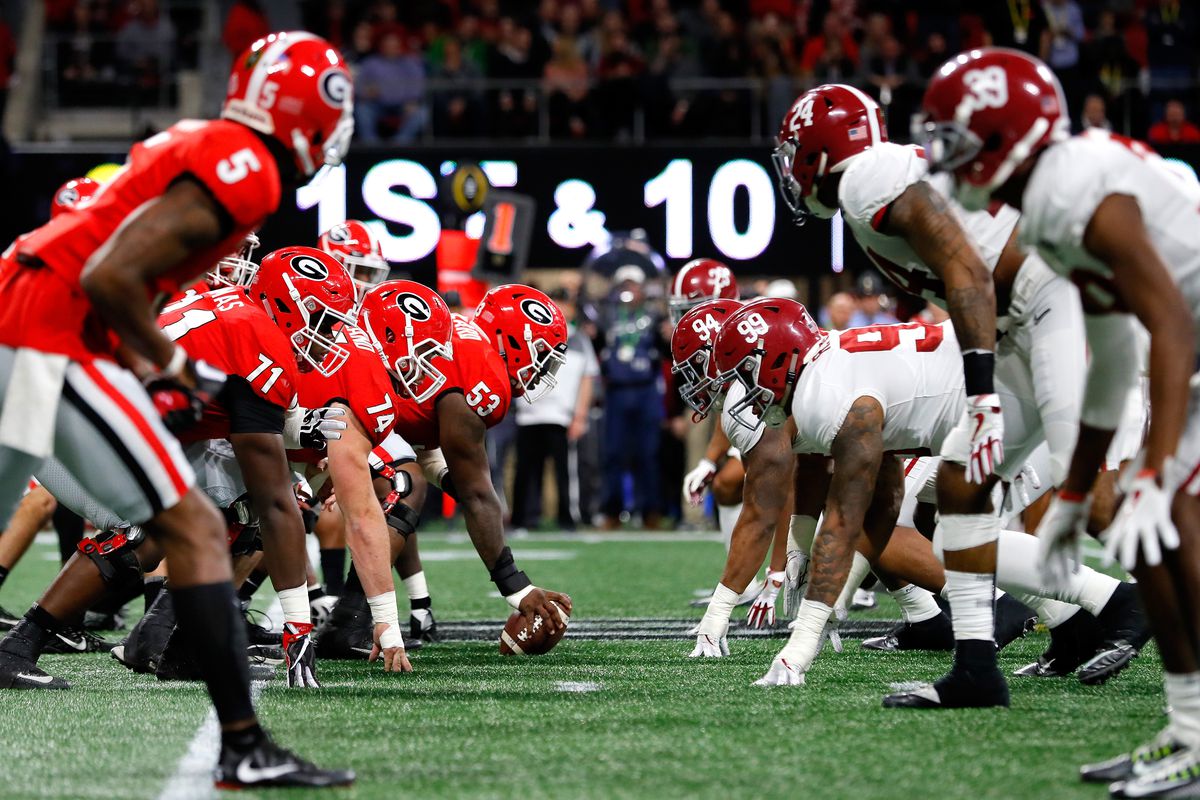 Recent form suggests Georgia has a good chance of at least covering the current 6-point spread. The Dawgs have looked much sharper than the Tide showing an offensive touch in last week’s win and cover over a good Tennessee squad. UGA pitched a shutout in the second half while tacking on 27 points in the comeback victory to cover the 13-point line, their second straight ATS win. Early money on the visitors pushed the spread down a point after hitting the board at +7. Georgia is 2-1-1 ATS in the last four meetings with three of those games decided by a touchdown or less.

Alabama has had one of the top offenses in the SEC for years and they’ve always been strong defensively. So far in 2020 only one of those applies. With Mac Jones getting the ball in the hands of his playmakers, the Tide rolled up 115 points in the last two games and they lead the nation averaging 51 points. Facing a stiff challenge, that number is likely to tumble and the defense will have to come up with stops. Bama’s been priced out of the market losing against the line twice when the number was 24 or higher. A shorter spread will even out the wagers as we get closer to kickoff.

Kirby Smart’s defense gets a lot of attention with his former boss even heaping praise on the group. “Maybe the best defensive team in the country all the way around when you talk about stopping the run, having good pass defense, getting off the field on third down,” Bama’s Nick Saban said. They certainly have the numbers to prove it. UGA ranks first nationally in run defense, second in total defense, and tied for fifth in scoring defense. They’ve allowed just two field goals in the second half of games with those coming in the third quarter.

The Dawgs have come around offensively behind the play of Stetson Bennett, who took over as the starting quarterback in the second game. In his starts Bennett has thrown for 478 yards and three touchdowns without an interception posting a pair of wins over ranked teams by averaging 35.5 points. Overall Bennett is completing 63.1 percent of his passes with five touchdowns.

We can talk as highly about Alabama’s offense as we do Georgia’s defense. The Tide leads the nation scoring 51 points per game, and all three have been against SEC competition. Numbers tend to get skewed with a body bag game against Samford or Austin Peay thrown in. That’s not the case this season making the numbers more impressive. It’s almost unfair the amount of talent Bama has on offense. Four starters from last year’s team were selected in the first round of the NFL draft, including quarterback Tua Tagovailoa, and the offense may be better.

Jones got a few starts under his belt replacing an injured Tua last year. He’s been on fire this season. Jones has the highest passer rating in the FBS, completes nearly 80 percent of his passes and averages 13.3 yards per attempt. With incredible balance there isn’t one area for a defense to concentrate on. Jones threw for 417 yards and two touchdowns last week with Najee Harris rushing for 206 yards as the Tide amassed 723 total yards. They rank second in pass offense and third in total offense. Defense is another story. Bama allowed the most yards ever and the 48 points Ole Miss scored was the most by an unranked opponent since at least 1936.

Prediction: Georgia +6 and OVER 57

Former Saban assistants haven’t had much luck when going head-to-head against their former boss. Smart has been the closest to posting the first win with only 10 points separating the teams in the last two meetings. I don’t think Saban’s defense is going to play as poorly as it did last week and the Tide might find it tough to score at the video game pace they’ve been. This is a spectacular matchup between two good teams and it will live up to the hype.