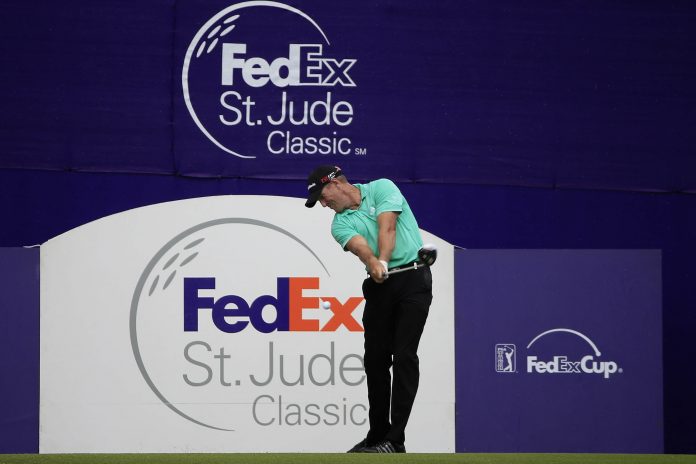 Rickie Fowler joins defending champion Daniel Berger and Brooks Koepka as the headliners for this week’s FedEx St. Jude Classic. Since 1958, the tournament has been coming to the Memphis area, and it is generally played the week before the U.S. Open.

Peter Uihlein makes a rare start on American soil, playing on a sponsor’s exemption, and former World No. 1, David Duval, comes out of the broadcast booth to make his second start of the year. Current NCAA individual winner, Braden Thornberry out of Ole Miss, gets his first taste of playing against the big boys as he tees it up on a sponsor’s exemption as well.

Players also have a chance to get an invitation to next week’s U.S. Open. Anyone who moves into the top 60 in the world rankings after the St. Jude’s conclusion gets the invite.

TPC Southwind in Memphis has been the host venue since 1989. The layout measures 7,244 yards and plays to a par 70. The signature hole is the par 3, No. 11, which draws comparisons to the famed 17th at TPC Sawgrass, requiring a short iron over water to a small island green.

Last year, Daniel Berger picked up his first PGA Tour win by holding off Brooks Koepka, Phil Mickelson and Steve Stricker. The former Rookie of the Year birdied three holes on the back nine to secure the win.

Francesco Molinari +1450 is still searching for his first win on American soil and it could come this week in Memphis. The Italian is arguably the hottest player on the planet without a win. He’s made his last 10 cuts worldwide, which included a T6 at The PLAYERS and a solo second at the BMW PGA Championship in his last start on the European Tour. He’s finally getting comfortable here in the United States, and he is a real factor anytime he tees it up. I’m backing Molinari this week!

J.B. Holmes +5555 was cruising with a three-shot lead heading to the last round of The PLAYERS a few weeks ago. Things looked promising for him to win the title and then the wheels came flying off. He posted a final round 84 to fall all the way to a T41, and he hasn’t recovered, missing both cuts since his meltdown. His confidence is gone and that one round will haunt him, maybe for the rest of this year and perhaps the rest of his career. FADE Holmes!

There is no way the 30th-ranked player in the world should be +6000, but that’s what Rafa Cabrera-Bello is this week. The Spaniard is hot and cold but when he’s on top of his game, he is in the mix. I’m banking on Bello to have a hot week and at that price, he’s worth a look in all formats.