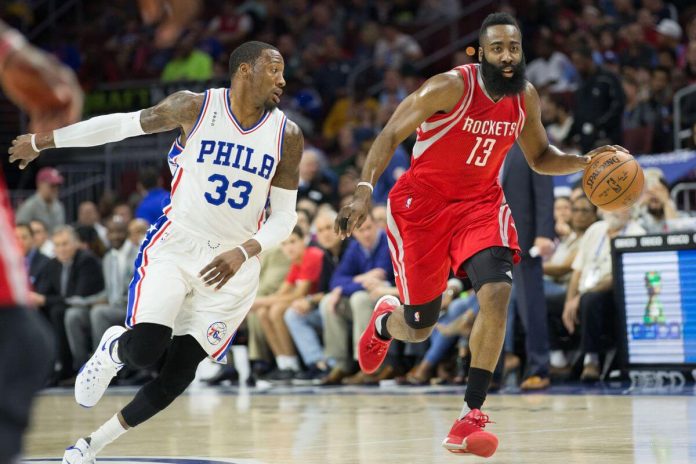 The Philadelphia 76ers were expected to be among the top contenders in the Eastern Conference this season, and after a slow start to the year, they are beginning to show why. Philadelphia has looked great in blowout wins recently and will look to stay hot in a premier matchup against the Houston Rockets.

The Rockets are a contender in the West so this should be a fun showdown. Philly has been really good at home this year and will be the favorite to come away with the win. Both teams are loaded with talent but the Rockets have some injury issues which could make a road upset hard.

The Rockets have a record of 26-19 on the season. They have six of their past 10 games to continue their move up the standings. Houston is in the middle of a crowded field in the Western Conference so an upset win in a game like this would be huge.

The 76ers have a mark of 30-17. They have been mediocre on the road but have picked up 19 of 24 games at home. Philadelphia hopes to extend its home dominance.

The Rockets and 76ers have both been scoring a lot of points in recent games so the scoring total figures to be pretty high.

Star point guard Chris Paul is getting closer to a return from a  hamstring injury that has forced him out of action for a significant stretch. Coach Mike D’Antoni thinks this week is a realistic timetable, although it could be stretching it for him to get on the court in this one. Keep an eye on any developments because the return of Paul would be huge.

Shooting guard Eric Gordon is back in the fold for Houston. He has struggled shooting the ball this season but looked good in his return, hitting 6-of-11 from the field and 4-of-8 from three-point range for 20 points in 21 minutes.

The Rockets won’t have forward Clint Capela, who could miss more than a month due to injury. It is a big blow as he is a key piece of the puzzle on both offense and defense.

76ers Coming off a Big Win

The 76ers recently beat the Pacers by 24 points on the road, which was a big statement win. Indiana had the better record entering the game as well as the fan support, but the 76ers blitzed them and cruised to the win. Philly lost its most recent game at home to Oklahoma City, but only by a bucket.

Philadelphia has a star trio in Joel Embiid, Jimmy Butler and Ben Simmons. When they are playing well this team is hard to beat. Butler had 27 points and eight assists in the win over the Pacers, while Embiid added 22 points, 13 rebounds and eight assists.

Reason: The Rockets have the best player in the court in James Harden, and he has the capability of keeping the team in the game all by himself. However, the 76ers have more balance and a deeper roster at this point. Philadelphia is the choice to continue its home excellence with a win.