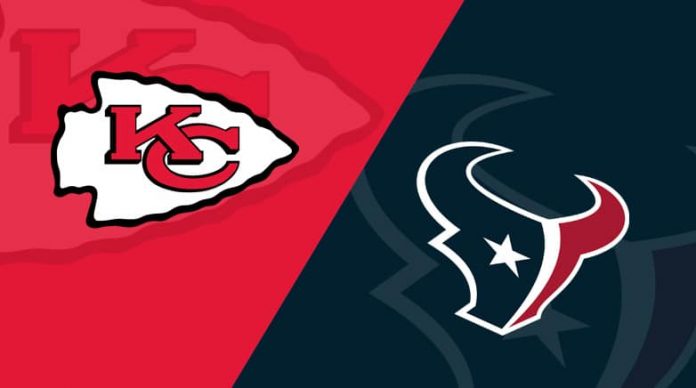 The start to the 2020 NFL season kinda snuck up on us. With every other major sport playing at the same time and the NFL cancelling all its preseason action, the games will hit us hard this week. The season gets underway Thursday with a playoff rematch from last season when the Houston Texans visit the Super Bowl champion Kansas City Chiefs.

Unless you’ve been living in a cave the last eight months I just gave away what happened back in January. For some of us it feels like we’ve been hibernating with all the lockdown rules pertaining to COVID. It’s time to wake up and get back to the most heavily-wagered sport on the planet. It may take some time to figure things out since there isn’t the normal data to peruse leading into a new season. We do know the Chiefs return a bunch of players from their title run, including Patrick Mahomes, who has done everything in his two seasons as a starter. Kansas City’s home field advantage will be negated with no fans in attendance, but they are still a 9-point favorite.

In 10 days, football is back. #Kickoff2020 #ItTakesAllOfUs@HoustonTexans @Chiefs

The game between the Houston Texans and Kansas City Chiefs will take place at Arrowhead Stadium in Kansas City, Missouri at 8:20 p.m. ET on Thursday, September 10, 2020, and will be televised on NBC.

Kansas City is currently a 9-point favorite, which is close to where the line closed for last season’s Divisional Round matchup. The Chiefs overcame a 24-0 deficit to post a 51-31 victory in that one covering the 10-point spread. The Chiefs were a money maker last season going 13-5-1 ATS in all games. They won their last six regular season contests and overcame deficits in all three playoff games to finish the season 9-0 SU and 8-0-1 ATS.

Unfortunately for Bill O’Brien, Houston will be remembered for the playoff flop. Let’s face it it’s hard to get outscored 51-7 in a playoff game. Few remember that the Texans strolled into Arrowhead during the regular season and handed the Chiefs one of their four losses, 31-24, with Deshaun Watson scoring the game-winning touchdown. Houston was a 3.5-point dog that day. Two of the most electric quarterbacks in the NFL can produce points and the teams played over the total in both meetings last year and three straight overall. The current total sits at 54.

This is a make or break year for O’Brien. The Texans have been successful under his guidance with five winning seasons and four AFC South titles in his six years. However, they haven’t advanced beyond the divisional round and lost a pair of wild card games. And there is that encounter to end last season when the Texans crapped out after going up 24-0 on the Chiefs.

With GM duties part of his job description, O’Brien pulled the trigger on a questionable deal sending All-Pro receiver DeAndre Hopkins to the Cardinals for David Johnson. Hopkins was a big part of Houston’s 14th ranked offense. The Texans prefer to run the football and if Johnson can stay healthy this could be a good move. That’s a big if, though. How well the offense performs is on the shoulders of Watson, who was recently handed a lucrative extension. Houston doesn’t have the weapons to win a shootout so expect the run game to be featured prominently.

What can Mahomes and Andy Reid do for an encore? The Chiefs have taken the baton from New England as the model franchise in the NFL stringing together five straight seasons of 10 or more wins. They’ve gone 24-8 the last two regular seasons with Mahomes earning MVP in 2018 and the first Super Bowl as a NFL franchise last year. Plenty of players are back for another go and as long as they don’t suffer the Super Bowl hangover there’s a good chance for a repeat.

Kansas City amassed 434 yards and averaged 7.6 yards per play in their playoff victory over Houston with Mahomes throwing for 321 yards and five touchdowns. They will have to contend with two-time Defensive Player of the Year J.J. Watt, something they didn’t have to worry about in January. And the Chiefs will unveil Clyde Edwards-Helaire in the backfield. The top-pick is a perfect fit for the offense and just gives Mahomes another weapon. The defense improved over the course of last season limiting points but allowing a lot of yards. They had a tough time containing Watson last season and he could be a problem once again.

Both defenses are improved and the lack of time on the field to practice reps is going to affect the offense more. Houston needs to control the clock and avoid turnovers to have a chance. They should do the former with the Johnson & Johnson backfield of David and Duke while keeping the ball away from KC’s quick strike attack. There are just too many variables with this game being the first with the COVID protocols in place. That will allow Houston to cover the spread in a game that falls under the total.