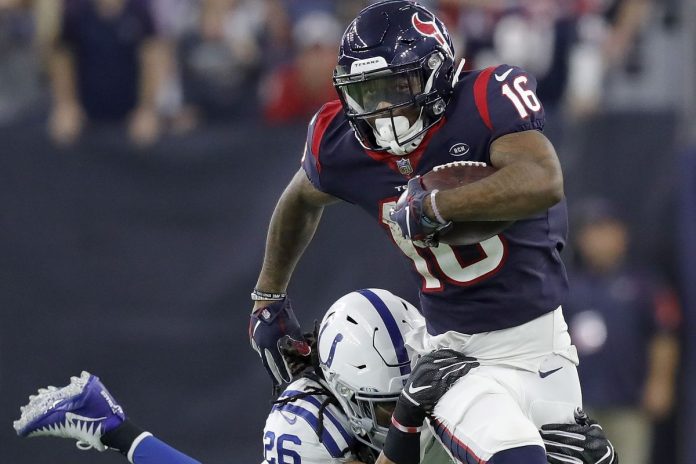 The Houston Texans finished with one of the best records in the NFL a season ago but are not expected to be among the contenders in the AFC in 2019. The oddsmakers believe a team that went 11-5 a year ago will take a step back.

Houston has a lot of the same pieces returning so it’s a bit of a surprise that so much regression is projected. The Texans would love to buck that narrative and make a push for the playoffs.

The Texans had a bit of chaos this offseason when General Manager Brian Gaine was fired. It seemed like the team was expecting to hire Nick Caserio to replace him but the Patriots wouldn’t let Caserio go and Houston dropped the pursuit. While that wasn’t an ideal scenario, the major personnel choices were already made and the team has enough talent to compete this year.

Houston made it to the AFC wild card round a year ago but was beaten by the Colts. The Texans were above average offensively a year ago and a top-5 defense.

Houston’s offense has many of the same pieces returning. Quarterback Deshaun Watson is one of the more talented young quarterbacks in the NFL. He threw for 4,165 yards with 26 touchdowns and nine interceptions a season ago. If he can take another step forward in 2019 it will give Houston a good chance of finishing the year above .500.

His main target will once again be DeAndre Hopkins. Hopkins had 115 catches for 1,572 yards and 11 touchdowns a year ago and is one of the best wide receivers in the NFL. There are some other solid weapons in the pass game, and the Texans will need to do well there because the running game doesn’t figure to be super strong. The offensive line is the biggest concern on offense. Houston took Tytus Howard in the first round and is hoping he can fill a role quickly.

The defense lost safety Tyrann Mathieu but the pass-rush should again be elite with J.J. Watt, Jadeveon Clowney and Whitney Mercilus leading the way. Clowney is unhappy with his contract and there is talk he could sit out for some stretch of training camp or the season but that seems unlikely. If Clowney doesn’t show up it would obviously be a big deal as he is one of the best players on the team.

The Texans will play the Jaguars, Colts and Titans twice apiece in their divisional schedule. Their other home games will come against the Panthers, Falcons, Raiders, Patriots and Broncos. The other road matchups will be against the Chiefs, Ravens, Saints, Chargers and Buccaneers. It is a really tough first-place schedule which will test Houston considerably.

Houston’s defense was really good last year but it also got a full season out of Watt. He is injury-prone and 30 years old, and if he misses time it will hurt this team. Watson can help combat that by taking a step forward but there is a worry that the offensive line is so bad that he will be under too much pressure consistently.

The Texans have a lot of star players but there is some worry about the depth of this team. Houston isn’t going to be quite as good as last season and the schedule will result in a .500 season or worse in 2019.

Check out the latest NFL Regular Season Win Total odds for every team.