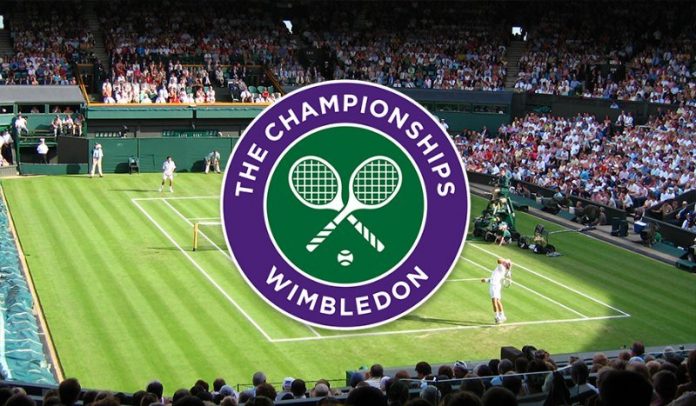 Novak Djokovic is the defending champion of Wimbledon and he is entering the 2019 tournament both as the top seed and the favorite. He will once again be challenged by a pair of fellow stars, with Roger Federer and Rafael Nadal also occupying top three seeds.

Federer has the most Wimbledon championships in history and would love to add a ninth to his mantle. Nadal isn’t quite as good here as on other surfaces but that certainly doesn’t mean he should be counted out.

If any other player wins Wimbledon it would be a major upset as this trio remains dominant on tour.

Djokovic is the betting favorite after an impressive showing a year ago. He knocked off Kevin Anderson in the finals of the 2018 tournament with a score of 6-2, 6-2, 7-6. Djokovic has now won Wimbledon four times and he is aiming for a fifth championship in this one.

Federer has eight career Wimbledon titles. He began this exquisite run with five straight titles from 2003 through 2007 and has since tacked on with victories in 2009, 2012 and 2017. Federer may be older at this point but he has dominated this tournament and continues to play at an extremely high level. The oddsmakers certainly respect his ability to come away with another win.

Nadal has won Wimbledon twice but both came nearly a decade ago as he claimed titles in 2008 and 2010. He is ranked No. 2 in the world and has also finished as the runner-up here three other times so he should be in contention, but this isn’t exactly in his wheelhouse when factoring in the grass surface. The French Open is the tournament Nadal really dominates.

Anderson is the No. 4 seed after making it to the finals a year ago but is a considerable underdog to finish with the championship. Everyone else in the field will be seemingly hard-pressed to get past the Big Three and come away with the championship. The most likely path would be by avoiding at least two of them in the run-up, but that’s easier said than done and would take an early upset or two.

There are some other wagers beyond the straight winner to consider at Wimbledon. There is a bet that pits Djokovic against the entire rest of the field, with everyone else the -168 favorite and Djokovic the +136 underdog. The same bet can be had for Federer, who is the +300 underdog to win Wimbledon while the field is set as the -380 favorite. Djokovic and Federer must start for action.

Our staff picks: The “field” to win Wimbledon instead of Roger Federer at -380 odds

It may be a boring choice, but Djokovic is the clear top dog in the tennis world right now and he’s going to a tournament that he knows well. The odds make this a tough call, though, as he will have to navigate a tournament filled with some of the other best players in the world.

The best choice is betting against Federer at Wimbledon, because Djokovic is likely to knock him off, and even if they don’t face off, Federer can still fall to other worthy opponents. Djokovic’s odds are too steep so consider an alternate bet this year.