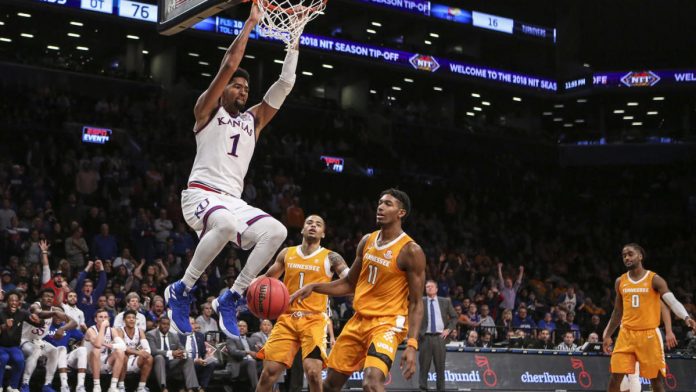 Not even a global pandemic can stop the made-for-TV event known as the SEC-Big 12 Challenge. What would have been a top-10 encounter a few weeks ago lost some of its luster, but the matchup between the Kansas Jayhawks and Tennessee Volunteers is one of the best in the series. It might be a good thing for Kansas to step out of Big 12 play after losing three in a row. While they still are nationally ranked, another setback likely drops the Jayhawks out of the polls.

This college basketball game will air live on ESPN at 6 p.m. ET on Saturday, January 30, 2021 from Thompson-Boling Arena in Knoxville, TN. 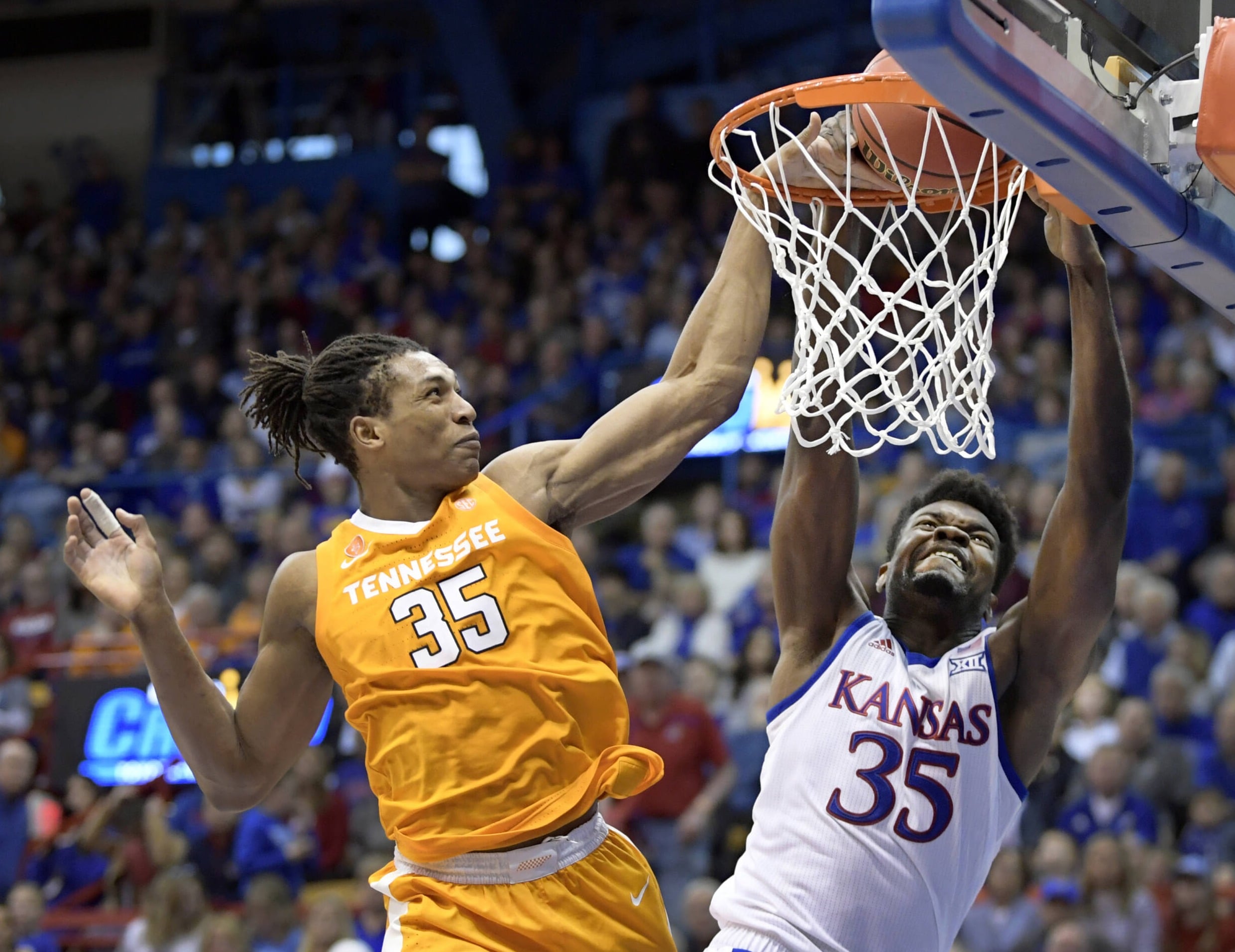 We didn’t see this coming, but it gives you an idea of how strong the Big 12 is. Kansas looked like a contender earlier in the season winning eight straight following a season opening loss to No. 1 Gonzaga. The Jayhawks knocked off four ranked teams during that run going 4-3 ATS in games that had a line. They have since dropped three in a row, all on the road, and are 1-3 ATS in their last four outings. You could go back a little further to see some cracks in the façade. KU was whacked at home by Texas at the beginning of the month and is just 2-4 SU and ATS in the previous six games. They will host TCU on Thursday before this showdown.

The Vols crept into the top-10 of the national rankings by going 10-1 SU and 8-3 ATS in their first 11 games. I guess they couldn’t handle the prosperity with the run ending in a 75-49 loss to Florida. Even more discouraging was that the Gators were missing several of their top players and Tennessee was a 9-point road favorite. The Vols stopped a 2-game losing streak with a 56-53 win over Mississippi State last time out, though they failed to cover in a third straight game. They are just 2-5 ATS in their last seven games.

We knew coming into the season this wasn’t your typical Jayhawks team. They lost veteran leadership and scoring and were counting on unknowns to pick up the slack. For the most part things have worked out. Kansas won eight in a row early in the season taking down Creighton, Texas Tech and West Virginia, teams ranked among the top-14 at game time. But the Big 12 is one of the best leagues in the country and the Jayhawks don’t have the talent to dominate.

The losing streak is a prime example. Facing three quality teams on the road, the Jayhawks lost them all by a combined total of 20 points. And those teams – Oklahoma State, Baylor and Oklahoma – currently have an overall record of 35-8 between them. “I don’t think that it’s broken. I do think that it certainly needs some repairing. I think we need a boost of energy. We may need to shake things up a little bit lineup-wise,” Bill Self said of his team. Kansas is averaging over 75 points per game allowing them to cash the OVER in three straight games and six of the last seven.

It’s easy to see what makes the Vols successful; when they play defense they usually win. Tennessee allows only 59.3 points per game and limited eight opponents to 61 points or fewer in their first 11 games, winning 10 of them. The Vols surrendered 71 points to Alabama in the only negative during the run. A defensive collapse and the inability to make shots was their undoing in a nasty 75-49 loss to Florida that ended a three-game winning streak. Missouri topped the 70-point mark the following game in its 73-64 win. You sense the pattern here.

Returning to the style of play that got them 10 wins, the Vols were relentless holding Mississippi State to 33 percent shooting overall and 23 percent from behind the arc in their 56-53 win. They also forced 18 turnovers and limited the Bulldogs to just three baskets in the final 12 minutes. For a team that has issues on the offensive end, it’s paramount that Tennessee grinds it out on the other end of the floor. The Vols aren’t going to win a track meet since they shoot 32.5 percent from distance and average just over 72 points. 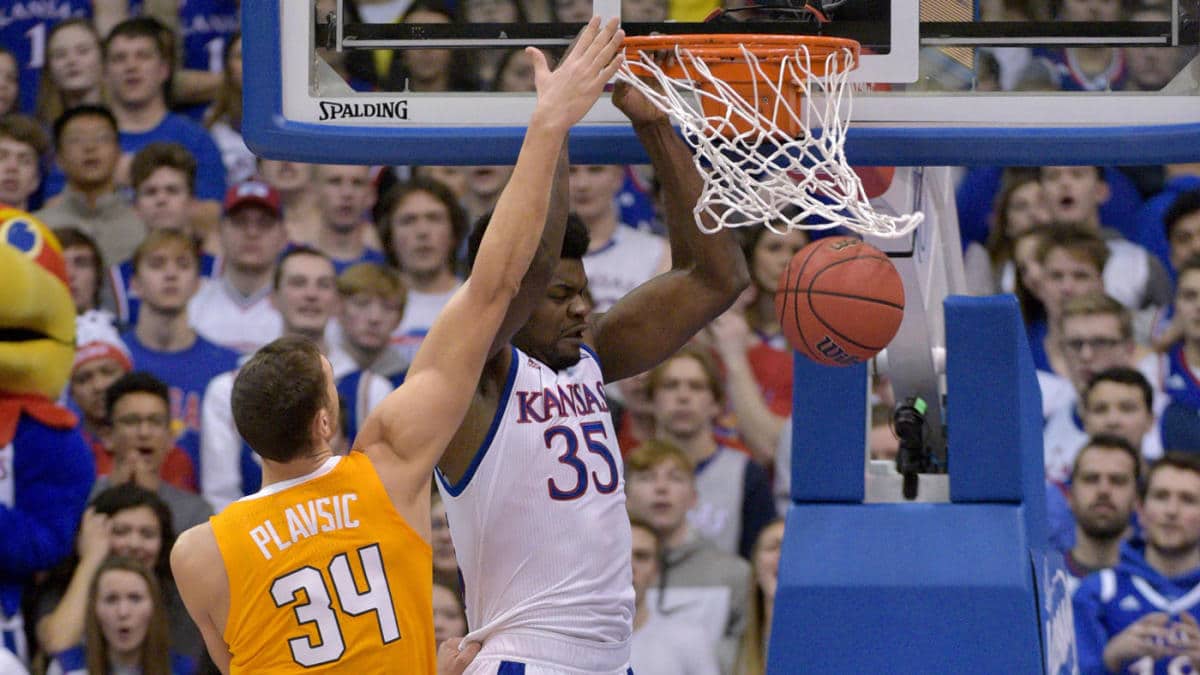 Best Bet: Kansas Jayhawks and the UNDER

Kansas lacks a big time scorer and without a go-to guy they stumbled down the stretch during their three-game skid. It’s going to be difficult for the Jayhawks to score and the Vols aren’t a point-producing machine either giving some value to the UNDER. I still like the overall depth of the Jayhawks and they learned a few things from their difficult stretch against tournament quality teams that will help them emerge with a victory.