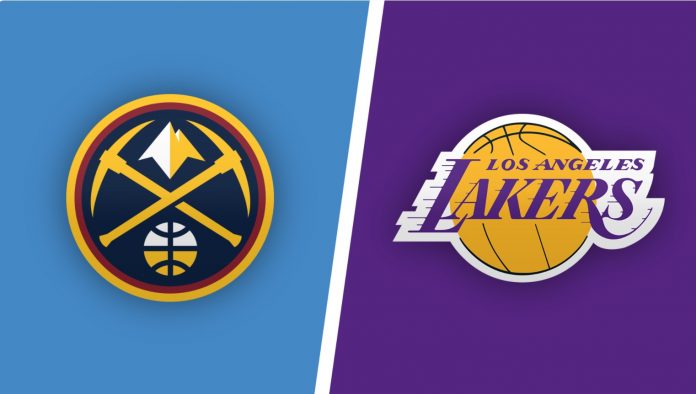 The Denver Nuggets almost have the Los Angeles Lakers right where they want them in the Western Conference finals. The only team to overcome two 3-1 deficits in the same playoffs, the Nuggets find themselves down 0-2 following a dramatic buzzer-beating three-pointer from Anthony Davis in LA’s 105-103 Game 2 victory. Not to worry, though. Denver was counted out in its first-round series with Utah. Certainly they couldn’t rally to beat Kawhi Leonard, Paul George and the Clippers in the second-round. Coming back from being down three games to none might be too much to ask making Tuesday’s contest a must win for the Nuggets.

There has been a #TissotBuzzerBeater in each round of the 2020 #NBAPlayoffs so far! pic.twitter.com/QdyUtAkjUM

Game 3 of the Western Conference finals will air live on TNT at 9 p.m. ET on Tuesday, September 22, 2020, from the ESPN Wide World of Sports Complex in Lake Buena Vista, Florida. Betting exchanges will have betting options for every NBA playoff game.

The Nuggets may have met their match in this series, or maybe they just ran out of steam. Either way, the Lakers have had their number recently winning the last four meetings. Denver covered the 7.5-point closing line in Sunday’s 105-103 loss improving to 10-5-1 ATS in the postseason. Denver hit the board as a 6.5-point dog for Game 3, which would be their 10th straight game getting points on the NBA betting line. They are 6-3 ATS in the previous nine. The teams have played close games recently which makes taking the points seem like the right play. LA won the last two regular season meetings by a combined seven points covering the 3-point closing spread in a 120-116 overtime victory in February. The Lakers have been a good bet this postseason as well going 10-2 SU and 8-4 ATS. Their five-game ATS win streak was stopped in Game 2.

Anthony Davis attempted 26 three-pointers in the first 11 playoff games making 10 of them. Not really the guy you want shooting the basketball down by two with 2.1 seconds on the clock. But that’s what it came down to on Sunday. AD calmly drained the triple giving him 31 points and, more importantly, his club a 2-0 lead in the series. 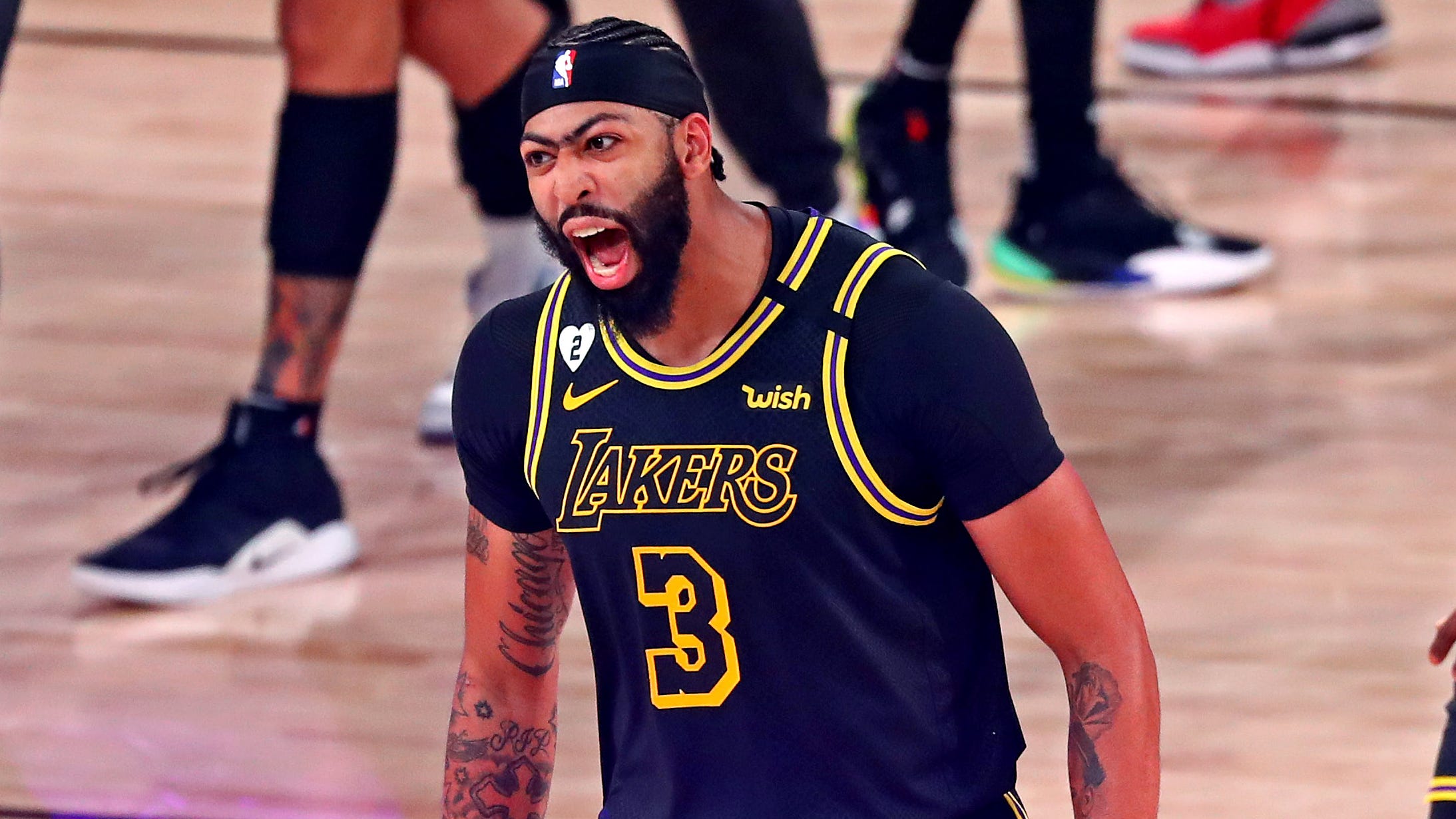 Davis scored 22 points in the second half, including LA’s final 10 of the game to help avoid getting Clippered by the Nuggets. LA led by as many as 16 points before Denver rallied and took the lead late. What could have been a demoralizing loss turned into a jubilant win. With the rest of the team struggling early it was James carrying the torch. LeBron made five of his first six field goals while the rest of the team combined to go 0 for 12. Danny Green ended the drought midway through the first quarter.

Despite all the roster maneuvering the Lakers are who they are. They will go as far as AD and LeBron will take them, and right now they are halfway to the NBA Finals. James added 26 points and 11 rebounds with the duo accounting for nearly 55 percent of the offense. They have combined to average 54.3 points per game in the postseason with each making better than 54 percent of their shots.

If the two previous series showed us anything it’s that the Nuggets will not quit. They battled back from being down 16 points in Game 2 to take the lead before Davis hit his dramatic shot. The Nuggets rallied from double-digit deficits in each of the last three games against LA’s other team to advance. So, if you’re a Lakers fan now is not the time to get cocky. The only problem is that the Nuggets prevailed in those games with the Clippers. They didn’t on Sunday.

While the Nuggets made history coming back from down 3-1 to Utah and the Clippers, they haven’t been down 2-0 in a series. “One thing I know about our group, even though we are disappointed, frustrated, angry, we’ll use that motivation to come out and try to take Game 3,” Michael Malone said after the loss. 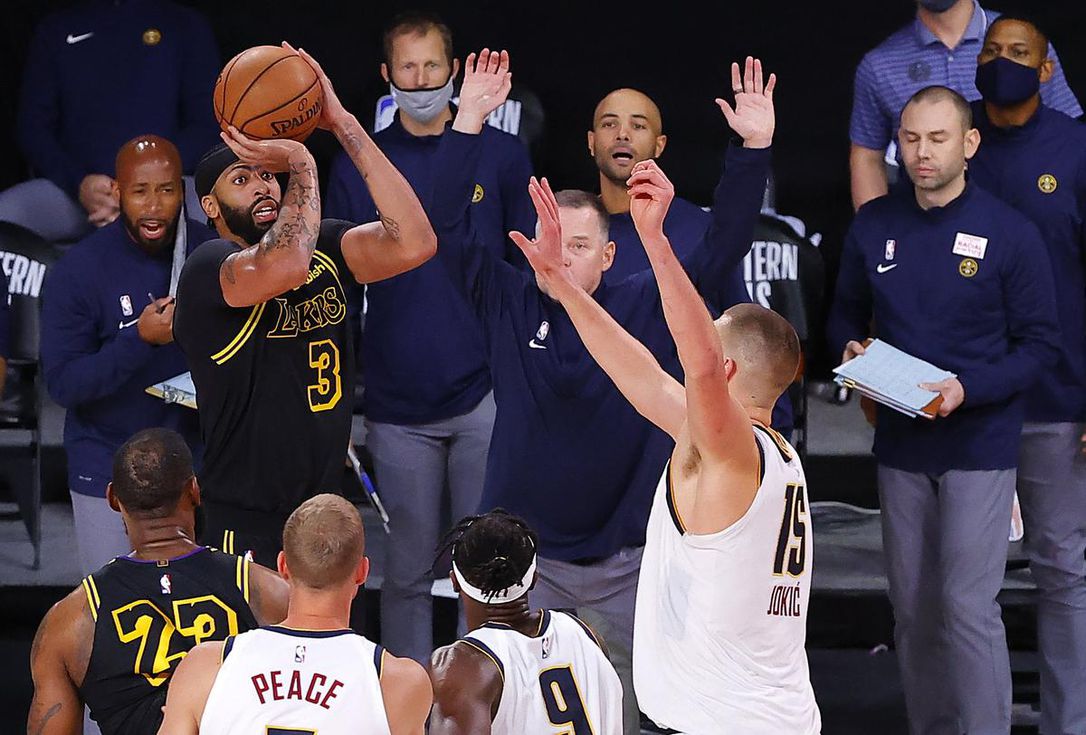 You can’t blame Nikola Jokic for the loss even though he was the player lunging at Davis on his game-winning shot saying there was miscommunication on the final play. Jokic scored 30 points including a bucket with 20 seconds left that gave Denver a 103-102 lead. He also dropped nine dimes. Jamal Murray had 25 points but the Nuggets need more production from their other guys to avoid going in a deeper hole.

Recent games between the teams have been close with the Nuggets enduring some painful losses. None hurt more than Game 2, though. I do like Denver and the points and would even take a gamble on the moneyline. At some point they are going to break through and Tuesday is the day.