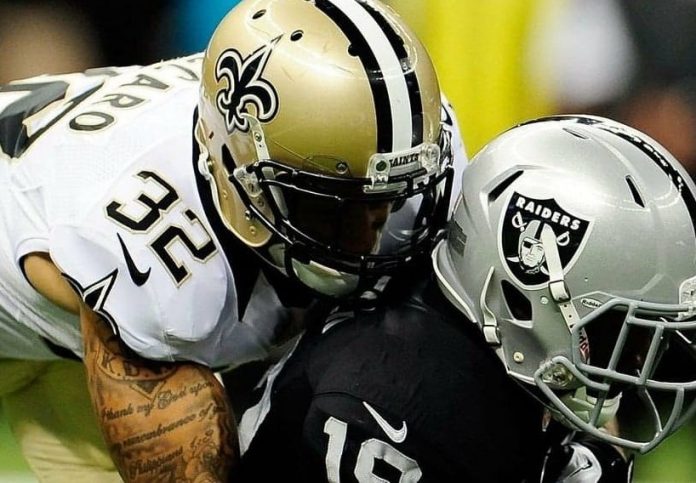 It’s still a little strange referring to them as the Las Vegas Raiders, but maybe a change of scenery and a new stadium will get the club out of the doldrums. The Raiders ended their tenure in the Bay Area with just one winning season in the last 17 and they’re looking to make the leap in Year 3 of the Jon Gruden era. Things started off on a positive note with a 34-30 win and cover over Carolina in the opener. Vegas stays in the NFC South hosting Drew Brees and the New Orleans Saints in Week 2 Monday Night Football. Coming off an impressive win over Tampa Bay last week, the Saints opened as a 6.5-point favorite.

Both teams put up 34 points, covered the spread and cashed the OVER in their openers, but the Saints are lamenting the fact that top receiver Michael Thomas was left in the game and sustained an ankle injury late. You wouldn’t expect the Saints to do that much damage with Brees throwing for less than 200 yards, but it shows you how balanced they are and why New Orleans is a favorite to reach the Super Bowl.

The game between the New Orleans Saints and Las Vegas Raiders will take place at Allegiant Stadium in Las Vegas, Nev., at 8:15 p.m. ET on Monday, September 21, 2020, and will be televised on ESPN.

On their way to 13 wins and another NFC South title last year, the Saints were the best buy in the NFL going 11-5 against the line. They covered the 7-point spread in their 34-23 over Tom Brady and the Bucs last week. The Saints have also been a solid bet when playing as a road favorite. Over their last 10 such games the Saints are 9-1 SU and 8-2 ATS. Oddsmakers installed the Saints as a 6.5-point favorite on the opening line. Sharps are backing the home team with the line falling to New Orleans -5.5 despite getting over 60 percent of the early action. The teams haven’t played since opening the 2016 season with a 35-34 Raiders win. A lot has changed, but the quarterbacks haven’t. Brees threw for 423 yards and four touchdowns, and Derek Carr had 319 passing yards and a touchdown in a game that easily went over the total.

Brees will be without his favorite target after Thomas left Week 1 with an ankle injury. His status is listed as week-to-week by the team. Thomas set the NFL record with 149 receptions last season for over 1,700 yards. Even though they scored 34 points against Tampa the Saints had one of their worst offensive games statistically. Brees threw for 160 yards, Thomas had three catches for 17 yards, and as a team they totaled 271 yards. Brees and Sean Payton both said the performance was “awful.”

Contending teams typically show great balance, and that’s what the Saints did last week. They took advantage of a sloppy Tampa Bay team by creating three turnovers, including a pick-six by Janoris Jenkins, a blocked field goal on special teams, and just enough on offense with a pair of touchdowns from Alvin Kamara.

Facing Teddy Bridgewater and Christian McCaffrey was a struggle last week and now the Raiders get Brees and Kamara. Las Vegas conceded 388 total yards with McCaffrey accounting for 135 of those with 97 on the ground and 38 through the air. Kamara’s play is identical to that of the Carolina star and could pose a problem for the Raiders defense. The group stiffened when it mattered and probably caught a break when Carolina was stopped on a fourth-down play late in the game after handing the ball to fullback Alex Armah instead of McCaffrey. Either way the defense came up with the game-saving play.

Moving up and down the field is going to be more difficult against a tough Saints defense. Carr was an efficient 22 of 30 for 239 yards and a touchdown against a Panthers defense that started three rookies. Josh Jacobs had a big game rushing for 93 yards and three touchdowns on 25 carries. Putting up those numbers isn’t going to be easy against the Saints, and the job could be more difficult with three offensive linemen, including starters Trent Brown and Richie Incognito, experiencing injury problems this week.

The Raiders transition is nearly complete. When Gruden was handed a 10-year deal a few years back he tore the team down trading away quality players in exchange for draft picks. Those picks are now expected to help the team win more games than it loses. We’ll see just how far the rebuild has come on Monday night. I do think the Raiders are better, but the Saints are elite. I like elite. Even without Thomas I expect a bigger day from Brees and the offense leading the Saints to a cover win.