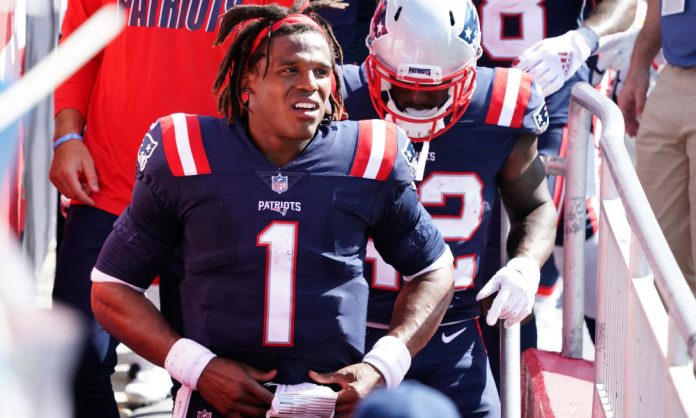 The Seattle Seahawks are seen by many NFL handicappers as a one-man team.  Yet that one man is often more than enough.  Russell Wilson took over last week’s Seahawks win and payout in Atlanta.  It was a reminder to all at just how dominant this generational quarterback can be.  The New England Patriots have a name brand quarterback of their own.  Specifically, Cam Newton was the 2015 NFL most valuable player.  However, Newton’s career went downhill after that NFC championship season.  Patriots coach Bill Belichick took a flier on Newton after Tom Brady defected.  Last week Newton impressed in New England’s payout against Miami.  This week brings a tougher challenge against the Seahawks and Wilson.

Patriots travel to Seattle for the first time since 2012 this week for a primetime matchup on @SNFonNBC. #NEvsSEA game preview: https://t.co/LNFU6RFeVv

On this occasion we have a matchup that should draw equal action with the sportsbook odds.  Tom Brady’s departure doesn’t change the Patriots status with the masses.  The public still believes that coach Bill Belichick is the ultimate difference maker.  So too is Russell Wilson a strong betting attraction with squares.  In a normal season Century Link Field would also draw wagering handle towards the Seahawks. But COVID-19 will be taking that crowd noise advantage away.  Due to such variables live betting will be a preferred option to countless gamblers.  This is the best way for them to get a feel for such an intriguing matchup.  It also helps get around the question as to how much home field will actually mean in these unique circumstances.

The Hoodie Makes a Value Bet on Newton

New England is coming off a 21-11 NFL betting win over Miami as 7.5-point home chalks in week one.  Under the total of 41.5 also came through for gamblers.  Free agent quarterback Cam Newton was a low risk gamble for Belichick.  The Hoodie is ahead on his bet so far.  Newton ran for a team best 75 yards on 15 carries with two touchdowns.  Further, he was 15 of 19 for 155 yards passing.  New England posted a 357-269 total yards advantage.  Miami quarterback Ryan Fitzpatrick was intercepted three times.  The Patriots held a 217-87 rushing yards advantage.

Last week Seattle posted an impressive 38-25 win and payout in Atlanta as 1-point pro football betting dogs.  The Seahawks and Falcons went over the total of 49.5.  Russell Wilson took over the game.  Wilson was 31 of 35 passing for 322 yards and four touchdown passes.  Seattle jumped out to a 31-12 fourth quarter lead before calling off the dogs.  Of concern was that the Falcons outgained the Seahawks 506-383.

Patriots at Seahawks Against the Spread

Seattle is 4-1-1 at home against the AFC East with three of their last five in that role staying under the total.  September home games have the Seahawks 12-4 against the spread with six of their last eight in that place going under as well.  Seattle is 2-6 with the odds as home chalk and four of their last six as home favorites went over the number.

Head to head Seattle has covered three of their last four with New England.  The last five meetings between these teams went over.  Specifically, at Seattle the Patriots failed to cover their last two visits as both games went over the total.

In this situation there is a lot of NFL gambling excitement about New England’s opening day win.  But this is tough spot for the Patriots.  Seattle has controlled this series.  Despite his performance last week Newton is nowhere near Wilson’s level.