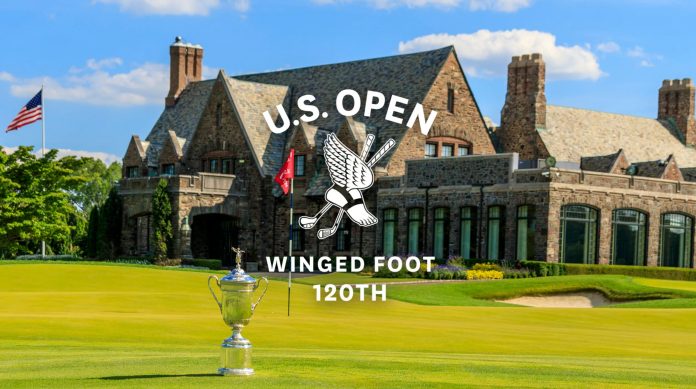 There are so many majors this season players on the PGA Tour must feel like they’re in the military. COVID wiped out three-fourths of the major championships last season making the 2020-21 campaign littered with six of golf’s premier events. The U.S. Open is the first major of the season and the second of the year, three months later than its original playing date. First round play starts Thursday at historic Winged Foot Golf Club in Mamaroneck, New York.

Majors bring out the best of the best and the field this week is loaded. Only two players were better than Dustin Johnson over his last four starts. The only thing holding him back is the weight of that $15 million payday he got for winning the TOUR Championship. And DJ isn’t even the betting favorite, that gives you an idea of how stacked the field is. With a pair of wins in his last six starts, including a takedown of Johnson that took a spectacular 66-foot putt in a playoff to win the BMW Championship, Rahm emerged as the betting favorite. BookMaker.eu has a complete, updated list of betting odds.

The 2020 U.S. Open runs from September 17-20, 2020 at Winged Foot Golf Club in Mamaroneck, NY.  Parts of the tournament will be televised on both Golf Channel and NBC.

With Brooks Koepka not playing due to injury the field opened up. The top two names on the odds board have been the hottest golfers for a few months and I think it’s safe to say the heaters will continue, we just won’t see the low scores we’ve been accustomed to seeing. Rahm and DJ are the only players with odds shorter than 10/1, which means there is value down the odds chart with a number of strong players. Gary Woodland is back to defend the title he won on the opposite coast at Pebble Beach last year. He can be bought at +8050, right around the price he was at last year. With his first born now over a week old can Rory McIlroy concentrate on golf? He stumbled after the restart and we learned why. Rory was on top of the golf world prior to the lockdown and there’s no reason why he can’t return. He showed signs at the TOUR Championship that he’s ready to break out. Justin Thomas, Xander Schauffele, and the first major champion of the year Collin Morikawa, round out the top of the odds list at better than 20/1 odds.

Johnson can’t be much better than he’s been over the last month. Well, he can, but there’s not much room for error. He cruised through the FedEx playoffs with a win at The Northern Trust and TOUR Championship sandwiched around his playoff loss to Rahm at the BMW. And right before that he grabbed a share of second at the PGA Championship. If you really need to pick his game apart I guess you can.

It’s hard to believe it’s a major and I haven’t mentioned Tiger Woods. Yes, the Big Cat is enrolled and will seek his record 83rd PGA Tour title. More importantly he’s eager to claim his 17th major championship. We all counted him out last year ahead of The Masters and we know how that turned out. On the negative side Woods hasn’t finished better than T37 in four tournaments since the restart. On the positive side he’s Tiger.

If you believe in second chances you might want to back Phil Mickelson. The game has slipped to Tour Champions level, but he gets a chance to make up for one of the biggest meltdowns in major championship history. In the 2006 U.S. Open at Winged Foot, Lefty carded a double-bogey on the 72nd hole to lose by one-swing to Geoff Ogilvy. Mickelson has never won the U.S. Open finishing as runner-up six times. It’s the final piece to his career grand slam puzzle.

Morikawa is on everyone’s radar after his stunning performance to win the PGA Championship in just his second start in a major. The market has softened a bit on him with odds getting longer since that triumph just last month. The talent is obvious and his ball-striking superb, a stat that will come in handy on a treacherous Winged Foot layout.

One player I remain high on is Schauffele. For as consistently good as he’s been he doesn’t get a lot of publicity because he hasn’t won on Tour since early 2019 and he’s without a major championship. Still, he always seems to be lurking around the top of the leaderboard. He finished T3-T6-T5 in three U.S. Open starts and a second straight runner-up at the TOUR Championship was his sixth top-15 since the restart.

.@XSchauffele is a popular pick to win the 2020 #USOpen after three top-six finishes in his first three starts in the championship.

Not only do players have to contend with each other, they also have to deal with the beast that is Winged Foot. In five previous U.S. Opens here only one winner scored below par. You can’t argue with the way DJ and Rahm are playing but I like Schauffele’s game, which seems to be a good fit. And he’s going to win a major sooner rather than later.