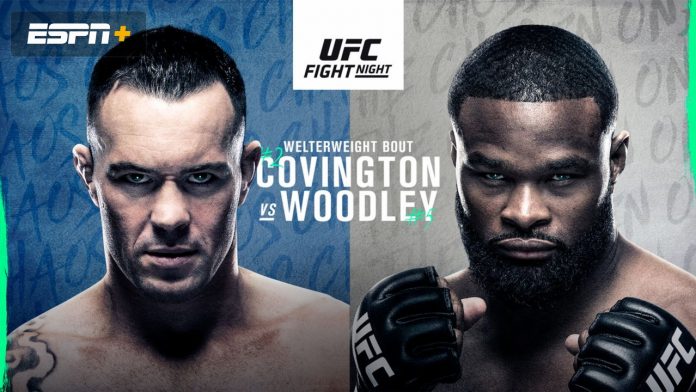 There’s nothing in MMA like a good ol’ fashioned grudge match between two fighters that hate each other. And this Saturday’s headliners – Colby Covington and Tyron Woodley – freakin’ hate each other. Beneath the tired MAGA vs. liberal smoke that’s clearly a marketing ploy, there’s genuine disdain. This Saturday, after a few failed bookings and years of sniping at each other through the media, these guys will finally get locked into a cage with each other.

The most stacked fight night of the year 👏

Don’t miss this one on #ESPNPlus pic.twitter.com/vpixLfsOTC

Covington’s got to be drooling at the chance to get back in the spotlight after a failed title bid against Kamaru Usman. After an epic battle, the welterweight proved himself one of the best in the world, and it should only take a few wins to earn another shot at the strap. Woodley will try to snap a two-fight losing streak that saw him not only lose the title, but most of his credibility as an elite welterweight. Getting hammered for 50 straight minutes without returning any fire will do that. A third straight spanking would be disastrous for his career.

The matchup headlines an awesome night of fights. We’ve got an absolute banger between Cowboy Cerrone and a finishing specialist in Niko Price – this one’s got Fight of the Night written all over it. There are uber prospects all over the card: women’s grappling wizard Mackenzie Dern, high-flying light heavyweight Jonny Walker, and undefeated Khamzat Chimaev are stepping into the cage this Saturday. That’s serious firepower, in multiple weight classes, from legitimate specialists.

Not only is this gonna be a fun night of fights, there are tons of great opportunities in the online sportsbook to make some coin. Let’s check in with the UFC odds at BookMaker.eu and break down your best betting options. 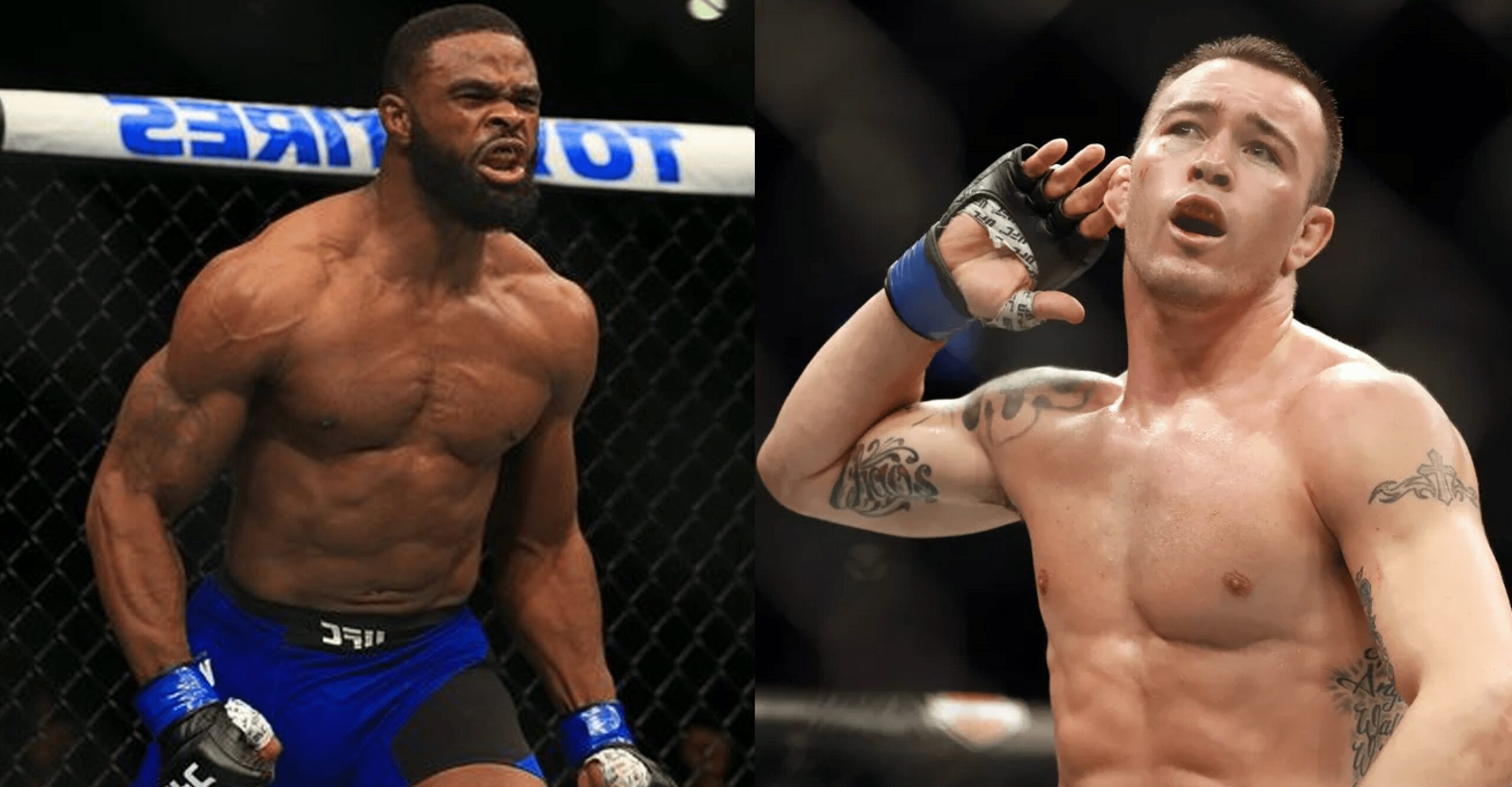 Bet It: Covington to win by decision -150

Obviously, we’re all in that this fight goes to decision. It’s not a hard conclusion to get to when you look inside the numbers.

First: all signs point to Covington winning this fight. If Woodley struggled with Burns and Usman’s volume, he’s going to suffocate under the avalanche of strikes coming his way courtesy of Covington. We really don’t know why Woodley hasn’t fought back, just that he’s looked paralyzed by high-pressure fighters. Perhaps, at 38, he just doesn’t have the explosive power that he so highly relied on. Whatever it is, it’s impossible to have much faith in him right now.

Back to the decision bets. Covington is a winner, but not a finisher. Even in fights where he was steamrolling the competition, the 32-year still went to the scorecards. Six of his last seven have gone to decision, and the only one that didn’t was stopped with one minute left in the fight. 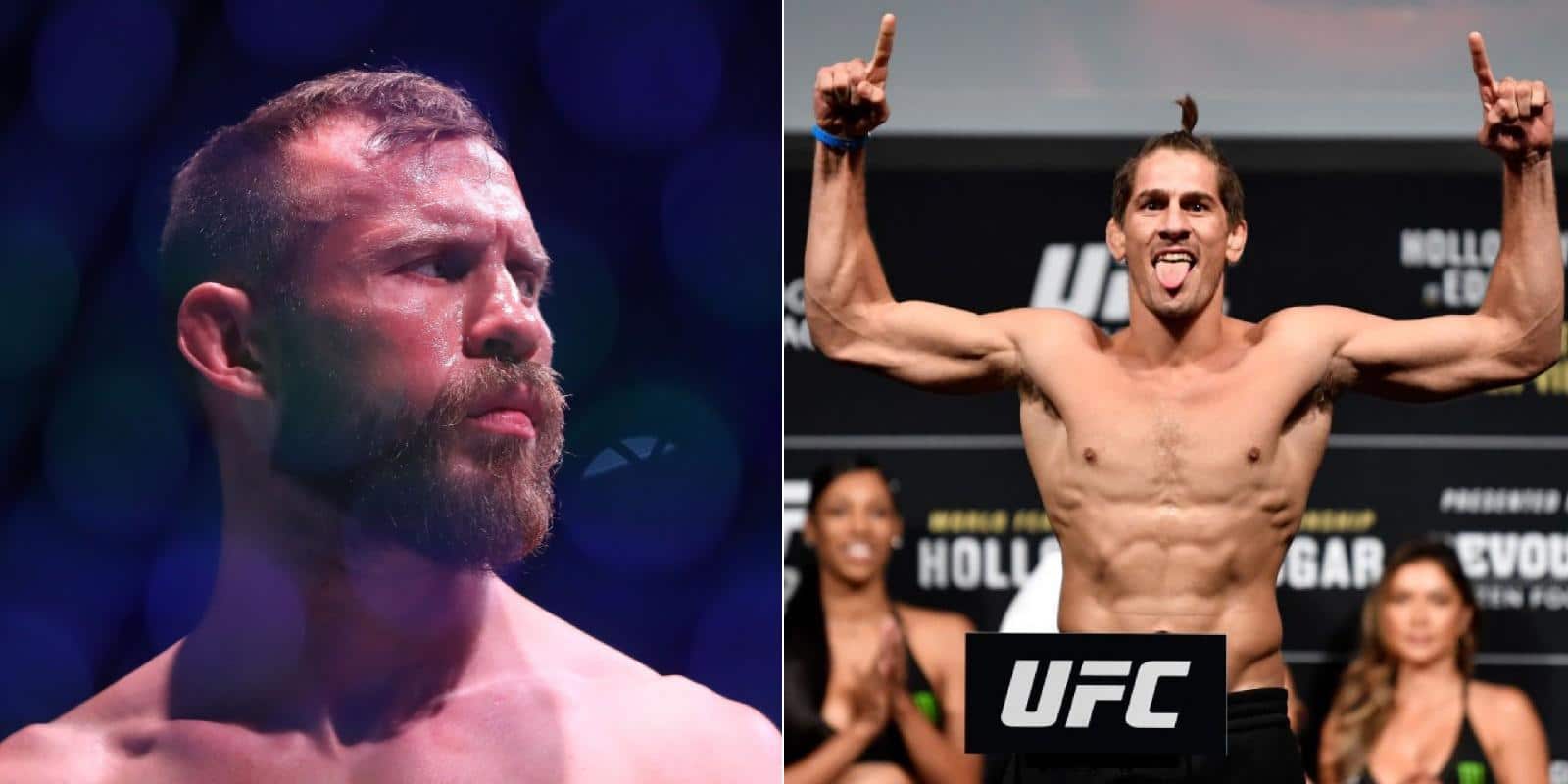 It’s too easy to overlook Cowboy right now, especially during the first four-fight losing streak of his career. Even worse, he was violently finished in three of those. But getting finished by Tony Ferguson, Justin Gaethje and Conor McGregor is nothing to be ashamed of. More promisingly, he went three competitive rounds with Anthony Pettis in his last outing.

Price is a dynamic finisher with killshot power. Right now, any young athlete that can do serious damage seems like a good bet against Cowboy. But Price has been alternating wins and losses for six straight fights, and his level of competition has been nowhere near as high. While he’s got the tools to be a killer, there’s a reason he hasn’t broken out yet.

We’ve seen what happens to dudes who think they can use Cowboy as a stepping stone – just look at Alex Hernandez. While we can’t justify a bet on Cowboy at this price, we can firmly fade Price at his current line. For our money, we’d bet that the fight doesn’t go to decision – Price has only been to the scorecard once in his career. 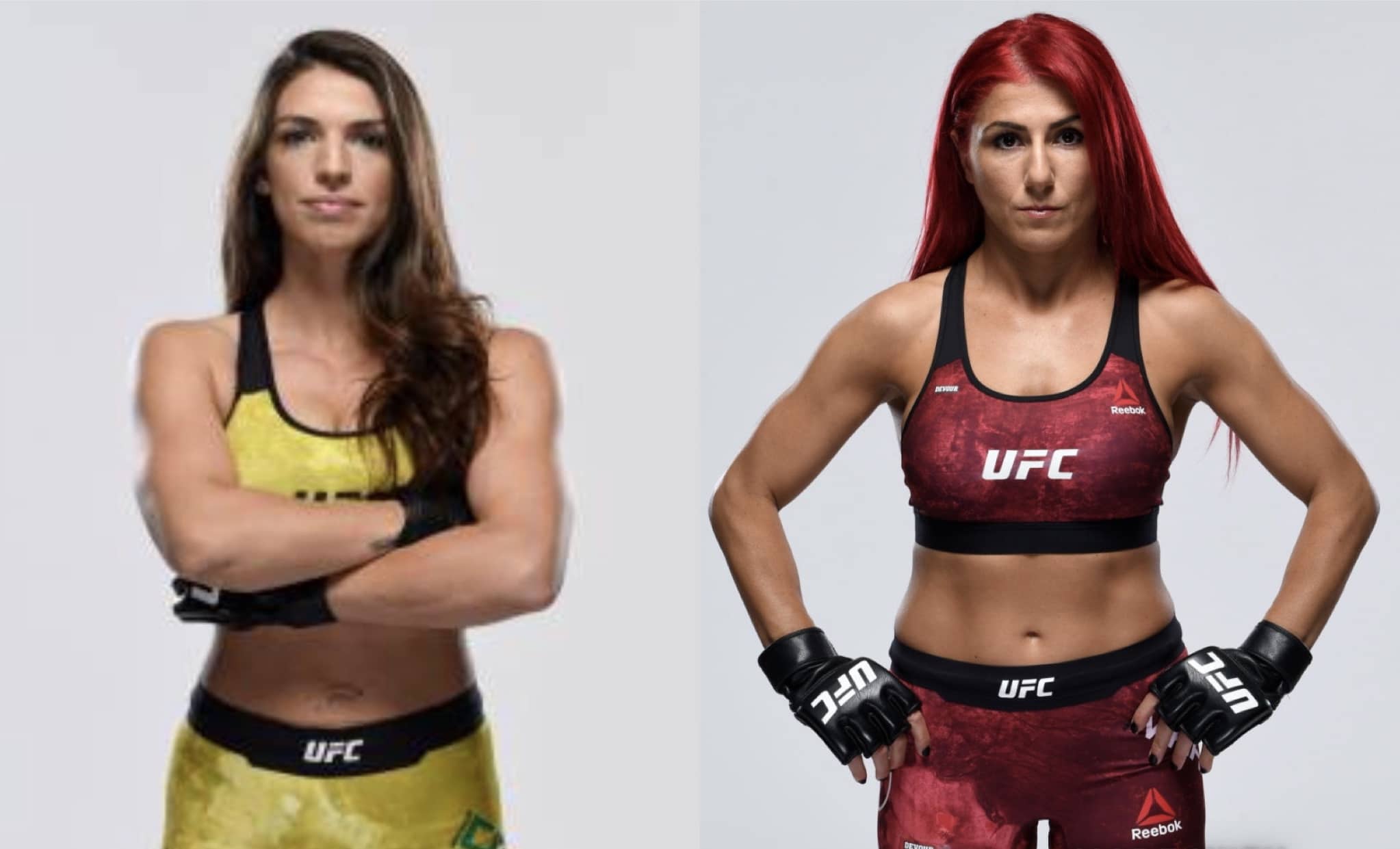 Yes, Dern is one of the most decorated women’s BJJ practitioners ever. But her wins inside the octagon have been sloppy, relying more on raw physical talent than well-rounded MMA skill. Basically, she has the equivalent of knockout power as a grappler – Dern can end a fight instantly when she latches on.

But Markos – despite a 10-8 record – is one of the tougher outs on at 115. The TUF alum has faced some of the best fighters in a loaded division and performed admirably. As one of the better wrestlers in the weight class, we’re willing to bet that she can grind her way to a gritty decision win here. 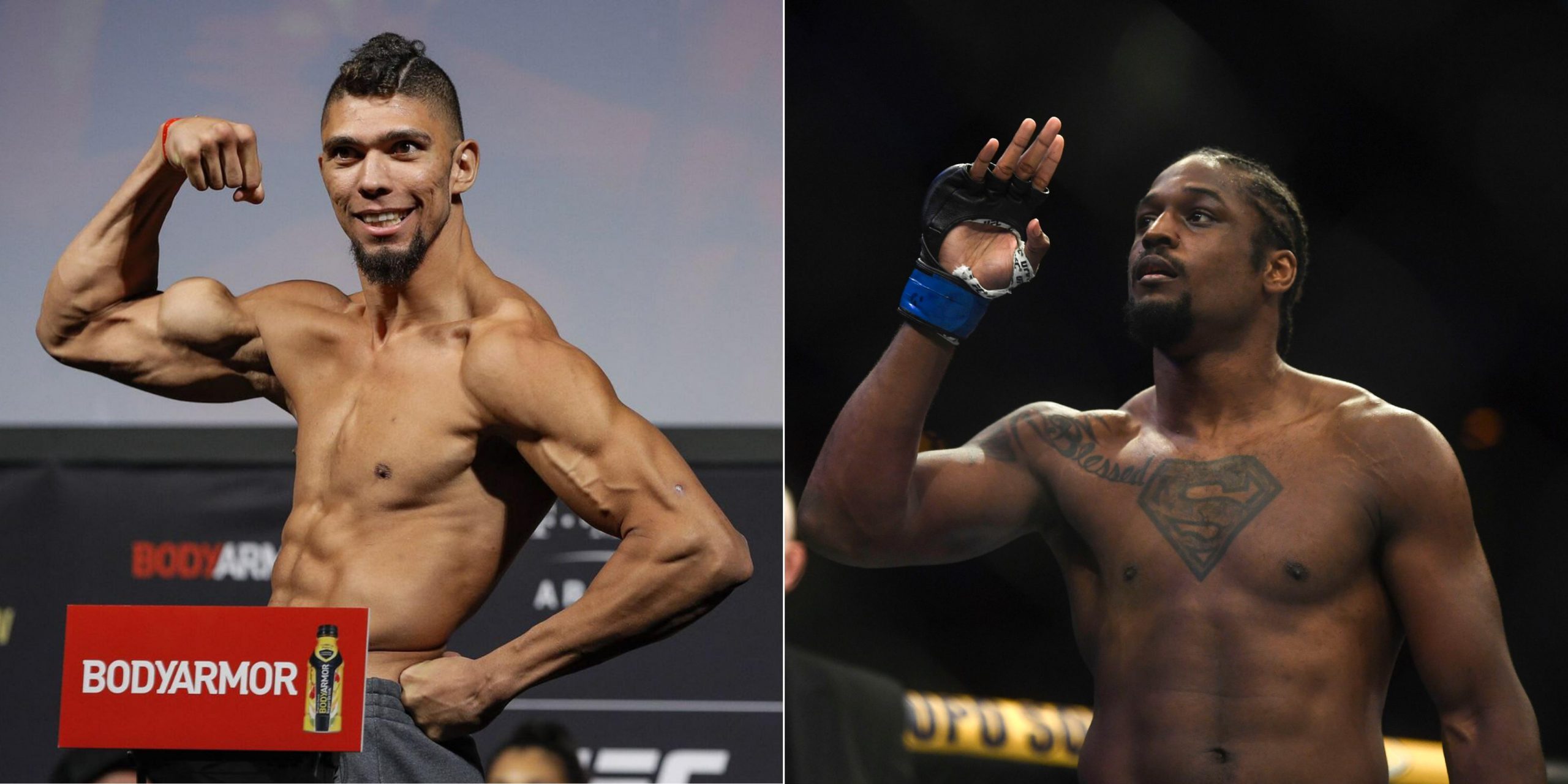 Walker’s hype train was spectacularly derailed by Corey Anderson. Then Nikita Krylov put the clamps on the flashy striker for the follow up. His size and athleticism makes him a threat to end the fight at any time, but there are serious gaps in his striking and grappling defense that can be exploited.

Spann is every bit as big and athletic as Walker, which is saying something. We like that he’s well-rounded and can do a little bit of everything. While he might get blown up by a flying knee or a spinning elbow, it’s just as likely he clinches up with Walker and controls his way to a win. Either way, we’re staying away from either guy in this matchup and just enjoying the Walker show.