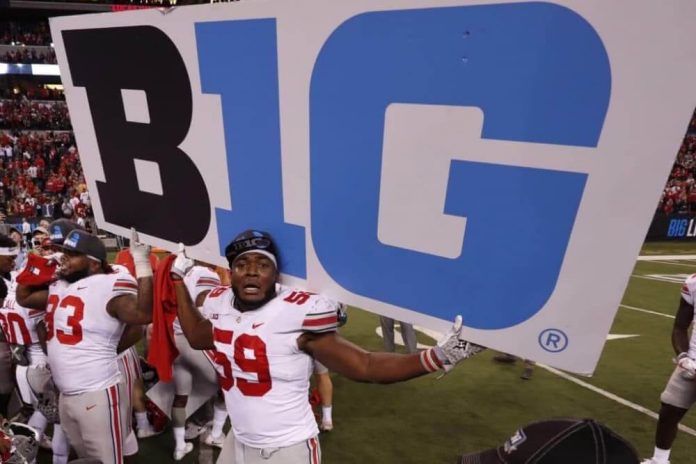 The Big Ten’s Ohio State Buckeyes have been the best of the group for the past several years and will enter the 2018 season as the favorite to come away with another conference championship.

The team’s defense is stacked but there is a new quarterback taking over, and even though Dwayne Haskins is talented, success is never promised at that position. There are a few teams right on their heels, and while Ohio State is the team to beat, it would not be a shock to see another program trump the Buckeyes for conference supremacy.

The Wisconsin Badgers are a perennial conference power, having advanced to the Big Ten championship game in five of the past seven years. They are among the second tier of contenders and could have the easiest path to the title game by playing on the easier side of the conference. The Badgers boast a superstar running back in Jonathan Taylor and there is talent around him. Wisconsin doesn’t usually have the athletes of a team like Ohio State, but these odds are good enough to consider choosing the Badgers.

The Penn State Nittany Lions must replace superstar running back Saquon Barkley, who is headed to the NFL after the Giants drafted him with the No. 2 overall pick. Even though that is a tough blow, running backs are easily found and the team should not take too big of a step back.

The Michigan Wolverines have not been as great as expected under coach Jim Harbaugh and would love to take a step forward this year, but they have only the fourth-best odds to win the Big Ten. After that, it is more of a longshot. The Michigan State Spartans could have the best chance among the rest of the group, but the chances for programs like them or Northwestern or Iowa is slim.

Odds To Win The Big Ten

Ohio State has two of the best players in the country on its defensive line in Nick Bosa and Dre’Mont Jones, which could be a huge problem for opposing quarterbacks. The Buckeyes may have to figure out some things offensively early on but dynamite play from the defense is a good reason to choose Ohio State. However, these odds are tricky because Penn State and Wisconsin certainly have good enough teams in 2018 to pose a serious challenge.

Michigan has the pedigree but these odds seem too steep. The Wolverines have some question marks at quarterback and offensive line. Michigan should be good enough to knock off the inferior foes on the schedule but matchups against the Big Ten elite won’t go as well. The Wolverines are not going to live up to the typically high standards in Ann Arbor and are not a good value at +600.

An interesting longshot is the Nebraska Cornhuskers at +3300. They don’t seem to have the talent to compete, but Scott Frost worked wonders at Central Florida before coming over. It would be worth a few bucks to throw down in case he works his magic with the once-mighty program.

The Nittany Lions have found the sweet spot of an ultra-talented team with favorable odds. The loss of Barkley is not going to hurt nearly as much as people expect. Miles Sanders is primed to take over at running back and Penn State has enough weapons to make a serious push for the Big Ten crown.