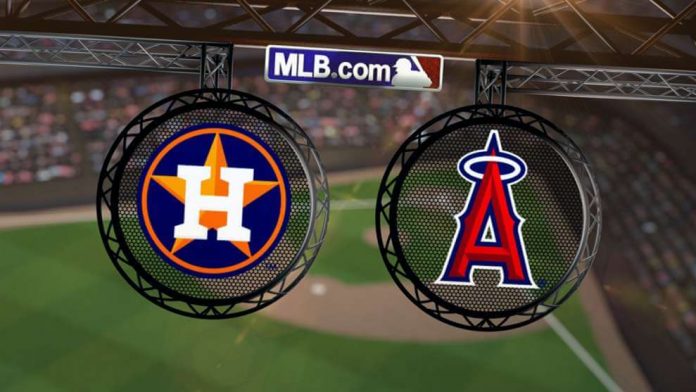 The Los Angeles Angels are well off the pace in the AL West, but that doesn’t mean they won’t have a say in who wins the division. Following this four-game set with the division-leading Houston Astros, the Halos will play six games against Oakland and three more with Houston before the 2018 MLB season concludes. Shohei Ohtani takes the bump on Sunday for the first time since June when he was diagnosed with a ligament strain in his pitching elbow.

A recent cold spell by the Astros made a race in the division. Houston lost seven of eight games allowing the Athletics to make a move. However, the Astros enter this weekend set having won seven of their last eight, including a three-game sweep of the Halos just last weekend. Despite losing Thursday’s opener, 5-2, the Astros have feasted on the Angels this season, winning eight of the last 11 meetings. Houston will trot Gerrit Cole to the hill on ESPN’s Sunday Night Baseball in an attempt to hold off the Angels and put more ground between them and the Athletics

They’ve been knocked out of the division race, Mike Trout spent some time on the disable list, and Albert Pujols recently had a procedure on his knee that will keep him out for the remainder of the year. Heading into the final month of the season the Halos will get a look at some of their organizational talent while trying to climb back to .500. The Angels were swept by Houston last weekend, a trio of losses that were part of a six-game skid.

Splitting a two-game set against the Rockies, the Angels entered Thursday’s series opener with losses in seven of eight games. They ended that slump with a 5-2 victory. The pitching staff will get a workout on Sunday with Ohtani on a limited pitch count to further evaluate his elbow issues. Ohtani has avoided the dreaded Tommy John surgery to this point and Mike Scioscia is hoping to get a few more starts out of him. Ohtani has started nine games and the Angels are 7-2 in those outings.

The Astros are starting to get some of their players off the injury list and that means trouble for the rest of the AL. They started to resemble the team that opened up a huge lead in the AL West over the first few months of the season, and I doubt this little hiccup is going to derail their hopes of repeating.

Cole has assembled a Cy Young resume in his first season with the Astros. And just like the team, he’s responded to a tough stretch by winning his last two decisions. That came on the heels of his worst run of the year when Cole allowed seven earned runs over 19 innings in three straight losses. The Astros have been very good when Cole takes the mound posting a 19-8 overall record, including a 10-3 mark at home.

The Angels want to get another look at Shohei Ohtani ( 4-1, 3.10 ERA ), who was cleared to pitch after nearly a three month layoff while recovering from a ligament strain in his elbow. He will be on a strict pitch count as he takes the mound for the first time since June 6. Ohtani faced the Astros in Houston on April 24 giving up four earned runs and six hits over 5.1 innings. His elevated pitch count that night was boosted by five walks and seven strikeouts.

A mini slump that saw Gerrit Cole ( 12-5, 2.85 ERA ) lose three consecutive starts appears to be over and the righty has returned to his dominant self. He gave up four runs in his last outing on a pair of two-run homers, the first time he surrendered a long ball in nine starts. But he limited the damage, struck out eight in 6.0 innings, and got a crucial win over the A’s. He has 27 punchouts over 17.0 innings of his last three starts and trails only teammate Justin Verlander for the Major League lead with 234 strikeouts.

The Angels have had bullpen struggles and with Ohtani on a pitch count that will max out at 50, Scioscia will have no choice but to turn to his relievers. It’s been all about pitching for the Astros this season and Cole is a major reason why they have the Majors’ best staff. He ranks among the top-5 in numerous categories, including ERA and WHIP, and will sling to team that ranks in the middle of the pack offensively.

Houston has dominated this series over the last two seasons and now that they are in a race for the division crown, they will step on the gas. Their play has improved after a rough patch opened the door for Oakland to make a move, but with Cole and the rest of mates feeling better about their game, the Angels are no match.

Angels at Astros Pick: Astros and the Under at BookMaker.eu