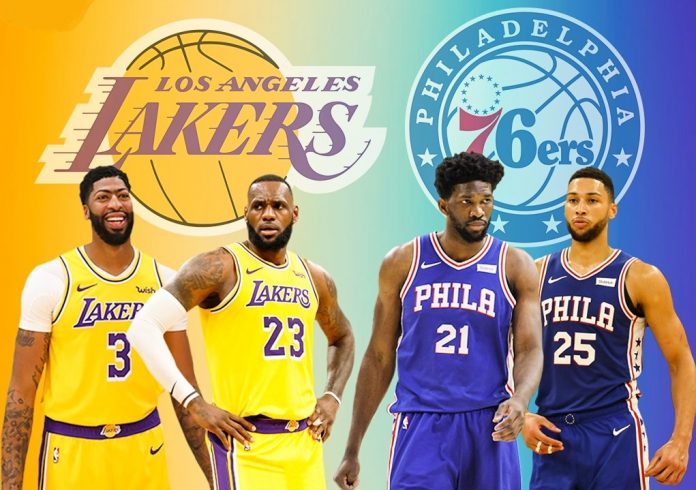 Conference leaders collide on Wednesday when the Los Angeles Lakers visit the Philadelphia 76ers. The Lakers vaulted to the top of the NBA standings thanks to a perfect 10-0 road record. This game marks the halfway point on their current seven-game road excursion. The Sixers saw their three-game winning streak end in Detroit and head home looking for a fifth straight victory inside the Wells Fargo Center where they are a league-best 9-1 overall.

Wednesday’s game will air live on ESPN with tip off at 7:30 p.m. ET from Wells Fargo Center in Philadelphia. BookMaker.eu will have betting options for every game on the NBA schedule. 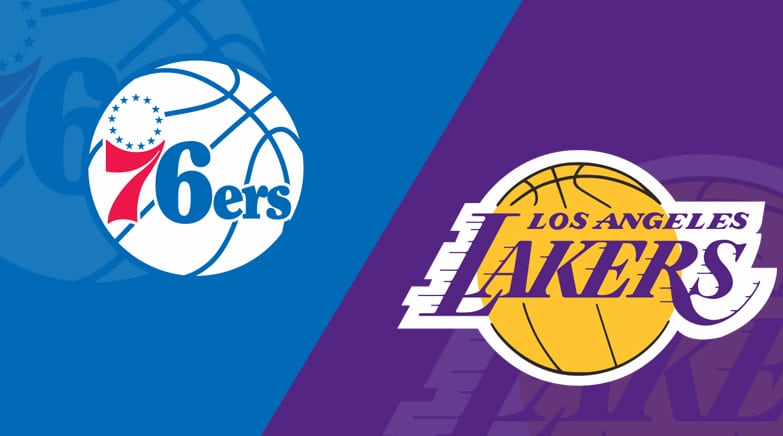 It’s not on the same level as the Lakers-Celtics, but in terms of East vs. West this matchup is probably the next best thing. Looking further back than last season is a waste since the clubs went through years of irrelevance. And the rosters have changed since both teams were actually good at the same time. LA’s last visit to Philly will forever be engrained in the minds of the players. They suffered a humbling 108-91 setback and learned of the passing of Kobe Bryant on their trip home. Nearly a year to the day of that event the teams will reunite. Playing without Joel Embiid, the Sixers got the victory behind torrid shooting and 29 points from Tobias Harris. Ben Simmons made 12 of 15 shots for 28 points and nearly had a triple-double adding 10 rebounds and eight assists. Philly shot 52.6 percent from the floor to offset a combined 60 points from LeBron James and Anthony Davis.

Without Embiid and Simmons, the Sixers put up a fight but came up short in a 120-107 loss in the rematch on Mar. 3. The Lakers again leaned on their big two with Davis going for 37 points and 13 boards while James tallied 22 points and 14 assists. It would be interesting to see how the teams match up when playing a game with a full roster of players. 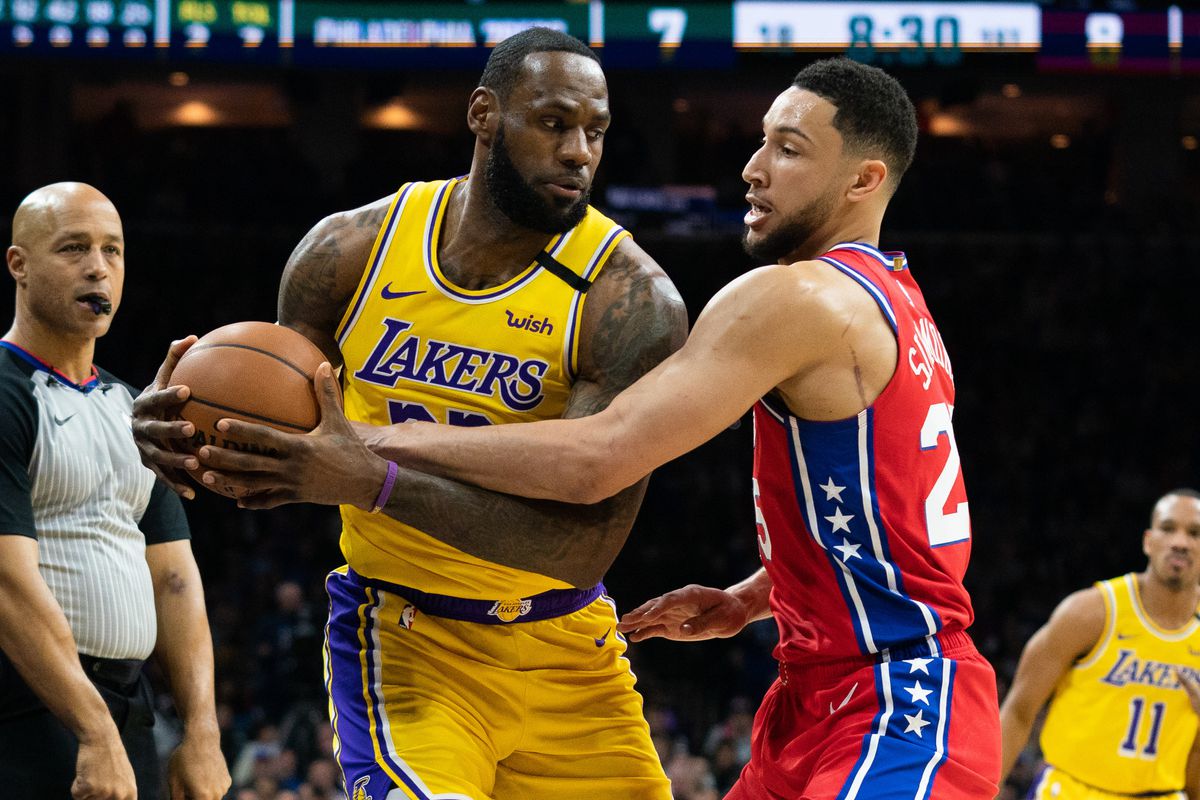 It’s hard to win on the road, but the Lakers are making it look easy. Davis remarked a few weeks ago that a road game in the current NBA isn’t truly a road game since there are no or few fans in the stands. Still, going 10-0 away from home to start the campaign is special. No Lakers team in franchise history had started a season winning more than six straight away from home, and there have been some good teams in that span. LA opened its seven-game trip beating Milwaukee followed by wins over Chicago and Cleveland. The Lakers had their five-game road ATS winning streak snapped by the Cavs failing to cover the 12-point line in the 115-108 decision. They are 7-3 ATS on the road and 10-8 ATS overall.

The Lakers were tough to beat even before LeBron started heating up. Prior to the current road trip he hadn’t scored 30 points in a game, but he was motivated against MVP Giannis Antetokounmpo and the Bucks going for 34 in the 113-106 payout. A return to his old stomping grounds got him going last time out. James outscored the Cavs in the fourth quarter netting 21 of his 46 points in the comeback. Cleveland totaled just 19 points in the final stanza. 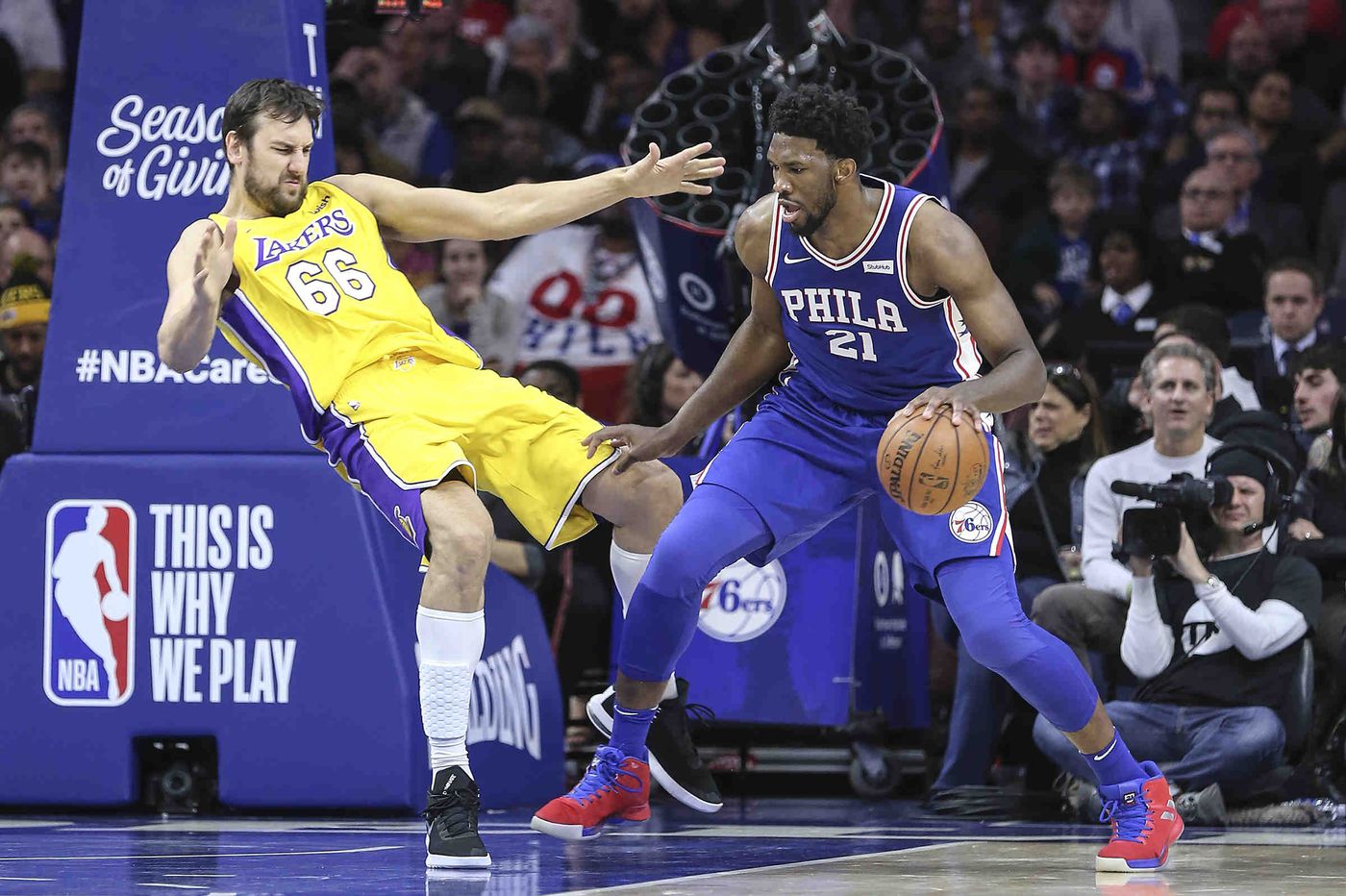 After missing both games against LA last season there’s a chance Embiid is not in the lineup when the teams take the floor on Wednesday. Embiid was forced out of the Sixers last game with back spasms and the team saw its three-game winning streak come to an end, 119-104, at the hands of the last-place Pistons. Embiid scored 33 points with 14 rebounds in the first of back-to-back games with Detroit. He’s averaging 27.7 points and 11.5 rebounds for the season and is a huge part of the team’s success. The Sixers are winless in four games he hasn’t played.

Despite their loss to the Pistons the Sixers lead the Eastern Conference with a 12-6 record. They’ve had games postponed and played others with a shortened roster due to health and safety protocols. That they are where they are is a good sign moving forward. It would be nice to have a full complement of players available, though. At full strength the Sixers are a potent club and Doc Rivers knows that. “I’m not going to overdo it right now, way too early. … I like our team. I like how we’re playing overall,” the coach said following the Detroit loss. 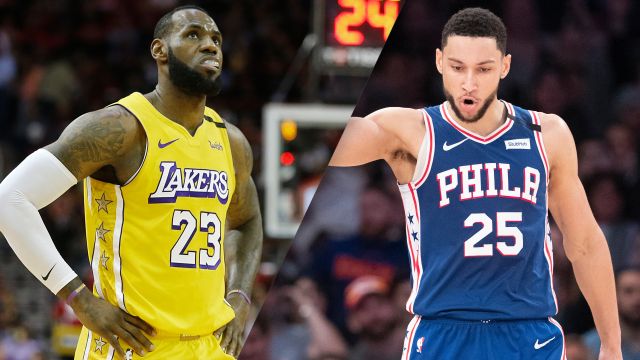 The Lakers are going to lose a road game at some point. Winning 10 straight is an impressive feat and they are the defending champs after all. But, come on man. It appears as though Embiid rested last game more for precautionary reasons and with him back in the lineup this will be an interesting matchup. Nobody has been able to contain the big man yet this season and I doubt the Lakers will, which why is I’m backing the home team.