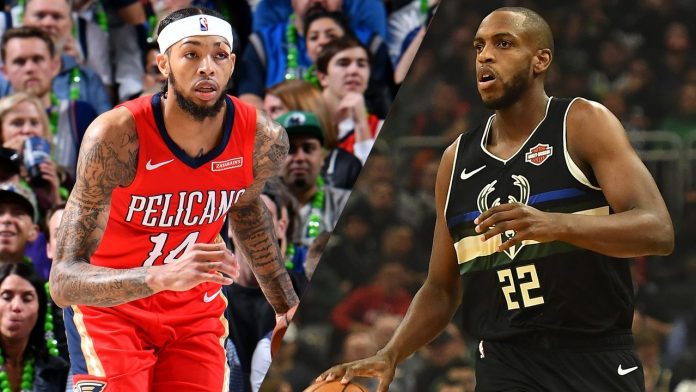 A matchup between two-time reigning MVP Giannis Antetokounmpo and Zion Williamson is worth the price of admission. Unfortunately there won’t be a lot of fans at the Smoothie King Center when the Milwaukee Bucks take on the New Orleans Pelicans in the first game of Friday’s NBA on ESPN doubleheader. The Bucks are off to a slow start this season winning 10 of their first 16 games and they’re waiting for Giannis to gel with his new teammates. They are considered by many to be a challenger for the NBA title and beating the Pels would reinforce that belief.

Friday’s game will air live on ESPN with tip off at 7:30 p.m. ET from Smoothie King Center in New Orleans. BookMaker.eu will have betting options for every game on the NBA schedule. 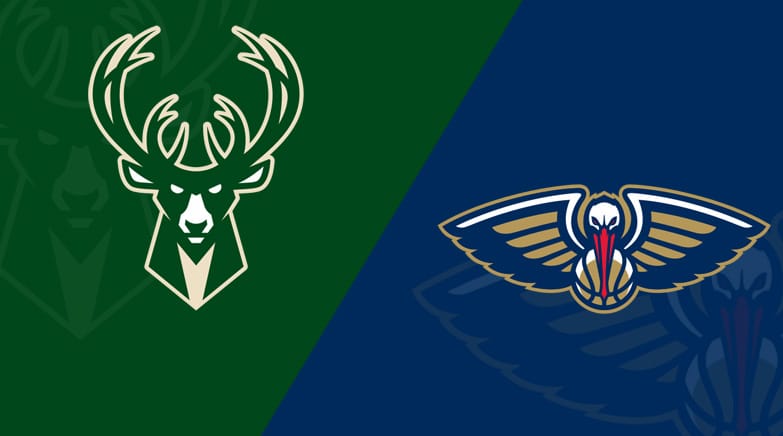 Milwaukee swept last season’s series with a pair of payout wins, but they didn’t get a good look at Williamson. The Bucks won the first meeting, 127-112, covering the 9.5-point spread. Antetokounmpo sat out that game and Williamson had yet to make his NBA debut. Khris Middleton had a big game with 24 points and the Bucks made 53.8 percent of their shots and 19 three-pointers. The teams met again in early March with Milwaukee claiming a 120-108 victory in the Big Easy. We saw the stars that night with Giannis having a monster game hitting 12 of 17 field goals for 34 points with 17 rebounds. In just his seventh game, Williamson scored 20 points but was just 5 of 19 from the floor. Brandon Ingram went off for the Pels scoring 32 points on 12 of 19 shooting. Unfortunately the rest of the team shot just 32.5 percent. Overall the Bucks have won four straight in the series earning a payout in each of the last three. The OVER is 7-1 in the previous eight matchups.

The Bucks started slowly in each of the previous two seasons but turned it on with the help of lengthy winning streaks to post the best record in the NBA. It’s taking a little longer this season. They didn’t lose consecutive games last year until the 67th game of the season. They already beat that mark dropping games to Brooklyn and the Lakers last week. Long losing streaks just don’t happen and the Bucks put an end to that minor skid with a 129-115 win over the Hawks.

It starts with offense for the Bucks, who are the most efficient team in the Association. They lead the league in scoring with 120.1 points per game and top the circuit in field goal percentage at 49.0. And it isn’t all about Antetokounmpo, though the offense funnels through him. Giannis leads six players averaging in double figures with 27 points per outing.

Khris Middleton is a deadly sidekick averaging 21.8 points while shooting 52.2 percent from the field and 42.6 percent from three-point range. Former Pelican Jrue Holiday has fit in nicely scoring 16.1 points per game while hitting over 49 percent of his shots. Defensively the Bucks haven’t been as strong so the Pels will have to make this a track meet.

That 4-2 start to the season is manifesting into what could be another lost season for the Pelicans. The slide started with an overtime loss to Indiana when the Pels blew a 6-point lead in the final 30 seconds of regulation. They are just 1-8 SU and 2-7 ATS in their last nine games, including a 10-point loss to the lowly Timberwolves.

There was some good news at the beginning of the week with Monday’s scheduled game with San Antonio postponed due to ongoing contact tracing. At least they couldn’t lose another game in this brutal stretch. And it appears as though they are throwing in the towel on Lonzo Ball announcing they are “open” to trade talks. A key piece in the Anthony Davis trade, Ball has struggled this season with injuries and his play. He’s averaging 12.0 points but shooting worse than 40 percent from the floor. And he’s not making his teammates better with just 4.7 assists per game.

All that is a distraction, but in the meantime Williamson is looking forward to going against the MVP again. With no restriction on his playing time, Williamson is averaging 23.4 points and 7.9 rebounds in 33.1 minutes. Williamson and Brandon Ingram, who scored 30 against the Wolves, are building blocks, but the Pels need to play their best to be competitive. “You can’t have the guy our’e guarding playing harder than you on a regular basis,” Stan Van Gundy said of his team’s effort.

Our Picks: Bucks and the OVER

This is a good chance for the Bucks to get things going against a struggling team. No team is better offensively and the Pels don’t play a lot of defense. In fact New Orleans has cashed the OVER in nine of 10 following the Minnesota tilt. If the Bucks get it going this one could turn into a rout.