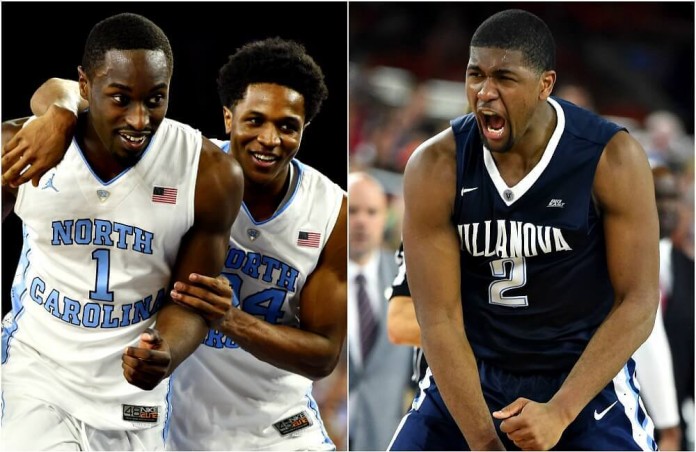 It’s really tough to argue that the NCAA National Championship Game should be anything but the North Carolina Tar Heels against the Villanova Wildcats, as March Madness 2016 closes out.

These two teams have been the most complete and dominant in the NCAA Tournament, as UNC has won each of its games by at least 14 points, while Villanova has four double-digit wins in five games during the dance, including a 44-point thrashing of Oklahoma in the national semifinal, the biggest romp by any team in Final Four history.

“It really does feel like we’ve got the two best, most complete teams in the tournament facing off for the national title,” said John Lester, senior lines manager at BookMaker.eu. “This was somewhat of a difficult line to create because save for one game the wiseguys have been backing Villanova throughout the dance while the Tar Heels have had heavy support from the the squares. Public perception dictates North Carolina being the favorite.”

Had Villanova not been so impressive against Oklahoma, there’s no way it would only be lined at +2 in this game against the Tar Heels. North Carolina has been favored by at least 9.5 points in all but one of its games during the 2016 NCAA tournament and it has covered the spread in all five clashes.

The perception of these clubs was interesting, to say the least, heading into March Madness. The Wildcats lost their last game of Big East Tournament to Seton Hall, and many watching the NCAA bracket figured they were headed for yet another patented March swoon.

Tar Heels’ Plays Out of This World

North Carolina was perceived to be the best team in the land, and it was one of the co-favorites to win it all right from the start and has been the overwhelming choice of the oddsmakers since Michigan State was bounced out of the tourney by Middle Tennessee State on the second day.

Jay Wright’s crew though, has been out of this world. Defensively, the numbers haven’t been great in totality, but no one has gotten to 70 on this unit, and Oklahoma was basically forced into being nothing but a jump shooting team with nothing going to the basket on Saturday.

The Wildcats are also shooting 58 percent for this tournament, the highest mark for any team through five games of the NCAAs. They shot 71 percent against Oklahoma and 61 percent from beyond the arc. That’s completely unsustainable in the title game for sure, but it’s a reminder of just how dangerous the four-guard backcourt of Kris Jenkins, Jalen Brunson, Josh Hart and Ryan Arcidiacono can be.

North Carolina will have to win this game in the post for sure. Brice Johnson has scored at least 16 points in all of his tourney games, and the fact that he’s scoring from the elbow, from the top of the key and in close to the basket is a testament of just how well-rounded his game really has become at the twilight of his collegiate career.

The Heels are going to have a massive size advantage with Johnson, Kennedy Meeks and Justin Jackson all starting and all running at least 6-foot-8 or bigger. Daniel Ochefu, the only big man for the Wildcats, won’t be able to defend against them all, and staying out of foul trouble is going to be critical for him.

Marcus Paige wasn’t great in the regular season, and though he hasn’t taken over games like we know he’s capable of doing, the fact that he’s gotten into double figures in each UNC game in the tourney is what’s causing all of these blowouts.

These two teams do have a recent history in the dance. North Carolina beat Villanova in the opening round of the 2013 NCAA Tournament 78-71, while in 2009, the Tar Heels romped to an 83-69 victory in the Final Four against these Wildcats.

Villanova’s only title came back in 1985, the only time it ever reached the National Championship Game. UNC last won a title in 2009, and it’s searching for its sixth championship overall and its third since 2005.

What’s behind the madness? March Madness 2016 Explained in Numbers