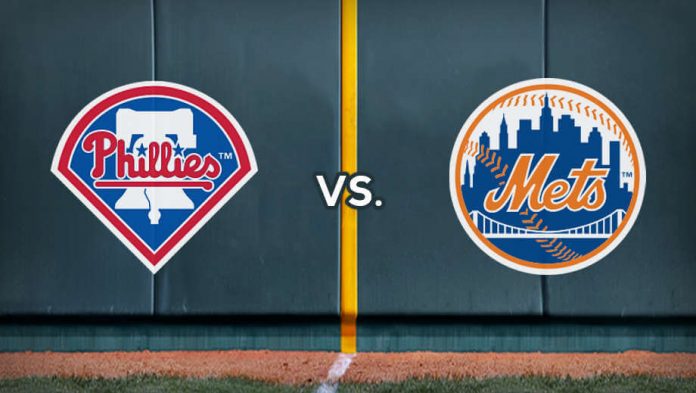 The National League East is one of the stronger divisions in the major leagues and the New York Mets are hoping to be in contention at the end of the year. They are off to a nice start and hope to claim an upset win next time out on the road against divisional foe the Philadelphia Phillies.

Philly made several big-time additions this offseason and may be the favorite to win the N.L. East. While the season is still very young each side is hoping for an early leg up and a win here would be a nice little boost.

The Mets are 9-6 this year. They have lost two in a row heading into this showdown. New York has been impressive on the road, winning seven of nine in hostile stadiums. The Mets would love to continue that trend but it won’t be easy.

The Phillies are 9-5 on the season after an extra innings victory over the Marlins last time out. Philadelphia has played nine games at home this season and won six of them.

This is expected to be a matchup of two elite pitchers. The Mets are projected to send right-hander Noah Syndergaard to the hill. He is 1-1 with a 4.74 ERA through his first three starts, but there is nothing concerning about his advanced metrics and Syndergaard will aim to mow down a talented Philadelphia lineup.

The Phillies will counter with Aaron Nola. He is 1-0 on the year with a 6.46 ERA but that is also not an indication of his talent level. Nola has given up five home runs already and once he gets that under control his ERA will plummet.

While these two hurlers are off to less-than-stellar starts they could both dazzle in this one.

The superstar slugger signed with the Phillies in free agency and has gotten off to a really hot start. Harper is batting .302 this year with four home runs, nine RBIs, an on-base percentage of .474 and an OPS of 1.288.

Harper has been in the National League East his entire career but was previously playing for the Washington Nationals. Even though he is only one player, Harper has the ability to change the balance of power in the division because he is so dominant. Syndergaard hopes to get the better of him in this matchup but it won’t be easy.

Nola is a standout pitcher and the Phillies have a better lineup. Even though the Mets have been really good on the road this season, they don’t have the requisite firepower to stick in this one. Look for Nola to bounce back with a sterling effort.