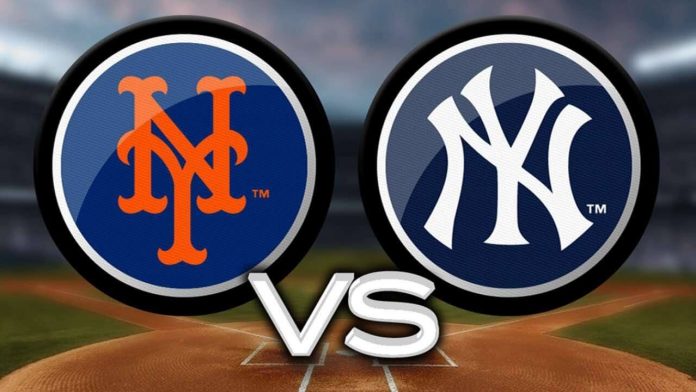 The New York Mets are having a disappointing season, but have their ace Jacob DeGrom scheduled to take the mound on Monday, in a nationally televised matchup with the New York Yankees.

The Yankees are at home and have been the much better team this season, but their starter, Luis Severino, has been in a funk of late. The Yankees don’t have much hope of winning the American League East any longer as the Red Sox are way ahead, but they are in line to grab the first wild card. That spot is not set in stone so the Yankees would be well-served to pick up a win in this matchup.

This game will be held at Yankee Stadium in the Bronx, New York at 7 p.m ET on Monday, August 13th and  broadcasted on ESPN.

The Mets have a 49-66 record on the season but have actually been decent on the road with a 25-29 record. The Mets have struggled offensively this season, as their 452 runs scored is third-worst in the major leagues. Keep that in mine when the runline is unveiled.

The Yankees are 74-43 on the season, which is still the second best in the majors but unfortunately the best team resides in the A.L. East as well. The Yanks have a run-differential of plus-140 and the team seems to be primed for a nice postseason run. The Yankees are a sparkling 41-17 at home this season.

DeGrom is 6-7 with a fantastic 1.77 ERA and 0.96 WHIP. DeGrom has gotten horrible run support this season as he picked up his first win in six weeks last time out despite consistently pitching great. DeGrom got the win in his last start by throwing six innings of shutout ball against the Reds, striking out 10. DeGrom has 183 strikeouts in 152.1 innings pitched this season and is allowing just a .205 batting average against. He is one of the top candidates for the National League Cy Young this season despite the under .500 record.

Severino is 15-5 with a 3.11 ERA and a 1.10 WHIP. He has put together a good season overall but it was a stupendous season until recent struggles Severino had an ERA of 1.98 on July 1 but has given up three earned runs or more in each of his past six outings, including six in two different starts. Severino is a talented hurler but needs to get back on track. This is a good opportunity to do so against a suspect Mets offense.

The Yankees are still without star outfielder Aaron Judge, who is on the way back from a wrist injury. Catcher Gary Sanchez is also shelved due to injury, which has taken away a pair of big bats in the lineup.

The Yankees still have a lot of potent options, led by slugger Giancarlo Stanton, but they aren’t quite the dominant group of earlier in the season. DeGrom has the stuff to slow down any hitter, but the absence of Judge and Sanchez will make life easier on him in this one.

DeGrom is a dominant hurler but this is a tough matchup and the Yankees figure to scratch across a run or two during his start. If the game is close once the bullpens take over, the Yankees will be in good shape. This will follow a similar pattern as DeGrom should pitch well but end up with a no-decision as the Yankees come away with the win.