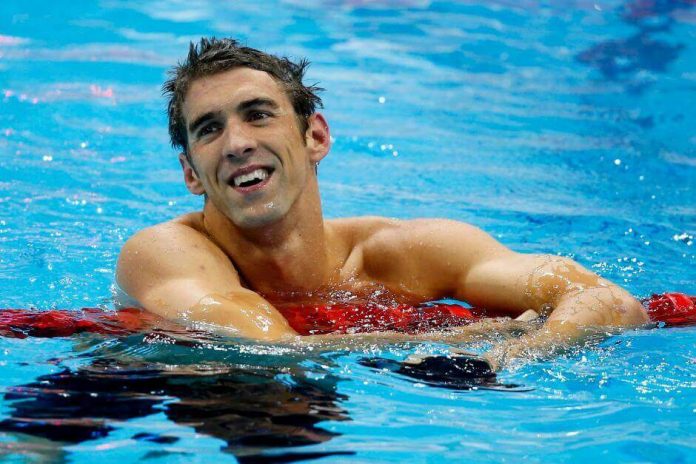 Michael Phelps is the greatest Olympian ever.

Yes, Michael Phelps is awesome. But he started to show some signs of cracking in the 2012 Olympics in London, and before we even get to Rio de Janeiro in August, there are further signs that he’s nowhere near the swimmer he used to be.

Phelps will still be the prohibitive favorite to win according to the bookmakers each of the events that he enters, though there’s still a question as to whether he’s going to run on the relay teams or just the 100-meter butterfly, 200-meter butterfly and 200-meter individual medley.

The fact that Phelps hasn’t been running in many of the time trials for the United States Olympic team is a concern that he just might not have all that much left in the tank at the elder Olympic age of 31.

What Happened in the 2012 Olympics in London?

At the last Olympics in London, Phelps was beaten in the 200-meter butterfly for the first time ever by Chad le Clos from South Africa, and Japan’s Takeshi Matsuda was pretty darn close to pushing Phelps down to bronze.

Matsuda is over the hill for sure at 32 years old, but le Clos was 20 at those Olympics, and he’s sure to become a threat to Phelps in both the 100- and 200-meter butterfly races.

In the individual medley, Phelps is a lot closer to stardom. He really only has one major competitor from the 2012 Olympic Games, that being his teammate, Ryan Lochte.

The two Americans finished ahead of the rest of the field by a margin of almost two full seconds in London in the 200M IM, and that figures to be the case again. But in a nightmare scenario for Phelps, he could finish second to Lochte.

The greater concern we have with Phelps heading into these Olympics is the fact that he wasn’t even the anchor on the 4 x 100 meter medley relay team four years ago. He ran a good time in his leg of 50.73, but that wasn’t anywhere near good enough to be considered an anchor.

That said, Phelps was fantastic in the 4 x 200 meter freestyle relay, running his leg in 1:44.05, the best time of the four Americans and the second-best time amongst any swimmer in the competition.

Why You Shouldn’t Underestimate Phelps at Rio 2016

Still, it would be nice to see Phelps amass three, four or five more gold medals to get into the 20s for his career, but whether he does or doesn’t, there is still no debate that he’s the greatest swimmer and greatest Olympian to ever live.

If he gets just one gold medal in Rio, he’ll have more gold medals than anyone else has total medals, and he’ll open up his lead in the total medals category to five and counting.

And don’t mistake our cynicism for doubt. Phelps is very likely going to medal in every event he enters and is going to be the heavy favorite to get the gold in all of said events as well. He’s deserved our respect as an Olympic athlete.

We’re just not all that sure he deserves our respect as bettors when he’s the massive favorite over the rest of the field when he clearly is coming closer to the end of his storied career.

For more sports odds and regular news updates, check out our sports section.