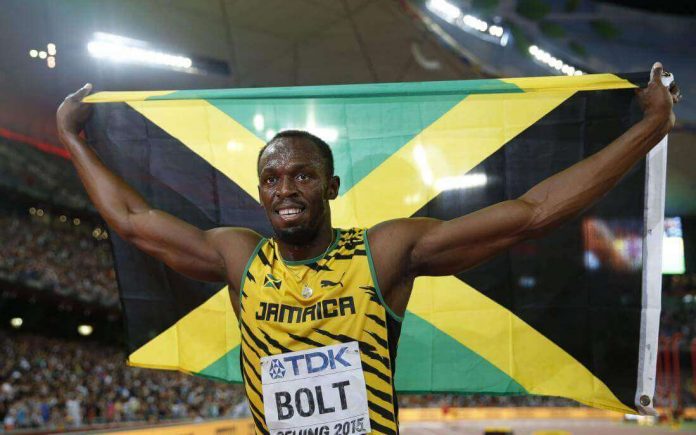 There really isn’t much Usain Bolt has left to prove to the sports world.

There aren’t many track stars in the history of the world that have had a tremendous impact both on the track and in the social world, especially when you consider the fact that Bolt hails from a country which has only had its independence for the last half century.

Alas, the Jamaican still has more that he wants to strive for after six Olympic gold medals in six tries over the course of the last two Olympiad.

Bolt has always been looked upon as a natural talent. He often showboats at the end of his races, and there are times that it almost appears as if he’s slowing down to toy with his competition.

The Jamaican already holds both  the 100M and 200M Olympic Records, of course. He’s reset the records a couple times in the past, and though other athletes are getting faster and stronger, no one has been able to replicate his times from the 2009 Berlin World Championships.

In Berlin, Bolt blazed through his 100 meters in 9.58 seconds, and he followed that up with 19.19 seconds in the 200 meters. Bolt also holds the Olympics records in both the 100M and 200M as well, and for anyone to top those times, himself included, would be quite the achievement.

However, it’s really tough to bet against Bolt right now. Even though he’s announced that this will be his last Olympics, he’s still right at the tail end of the prime of his career at 29 years old.

Unlike other athletes who used up their bodies as a youngster to try to train for their moments in the sun, Bolt really never had any of that, and his training hasn’t been nearly as regimented until recent years as some of the other Olympic stars.

There are only two questions that remain for the world’s fastest man:

Bolt has already issued an answer to the first, stating that he wants to become the first ever man to break 19 seconds in the 200 meters. It would take a mighty improvement from his world record to accomplish that goal though, and if there’s one thing Bolt says that we doubt, that’s it.

It’s also tough to call Bolt the greatest Olympian of his time even if he does win gold medals for the third straight Olympics in the 100 meters, 200 meters and 4 x 100 meters. Sure, he’s going to go down as the greatest sprinter and fastest man ever, but that would’ve been a given whether he raced in these Olympics or not.

Greatest Olympian of His Time?

However, to “only” end up with nine gold medals would leave Usain Bolt well shy of the records. Sure, it’s easier for Michael Phelps to rack up gold medals in the pool than it is for Bolt to do so on the track, and Phelps has been beaten before. But Bolt wouldn’t even finish with the most medals for a runner.

Paavo Nurmi won virtually all of the distance races he entered in the 1920s for Finland, and he finished with 12 medals, while Carl Lewis tallied 10 total medals, though some of those are in the field events opposed to the track events.

Phelps will also end his career with a record in total medals and gold medals when his Olympics are said and done with. He already has 22 total medals, 18 of which are gold, and he has several more to claim in August.

That doesn’t mean that Bolt’s records shouldn’t be celebrated wholeheartedly. He’s the best sprinter we’ve ever seen, and he’s probably going to put on one more show for us all in Rio de Janeiro, which is definitely worth watching and wagering on.

If you found this article interesting, be sure to also check out “Michael Phelps Heavy Favorite to Smash Olympic Records in Rio“